Greenland: Let’s Buy It and Save the World” 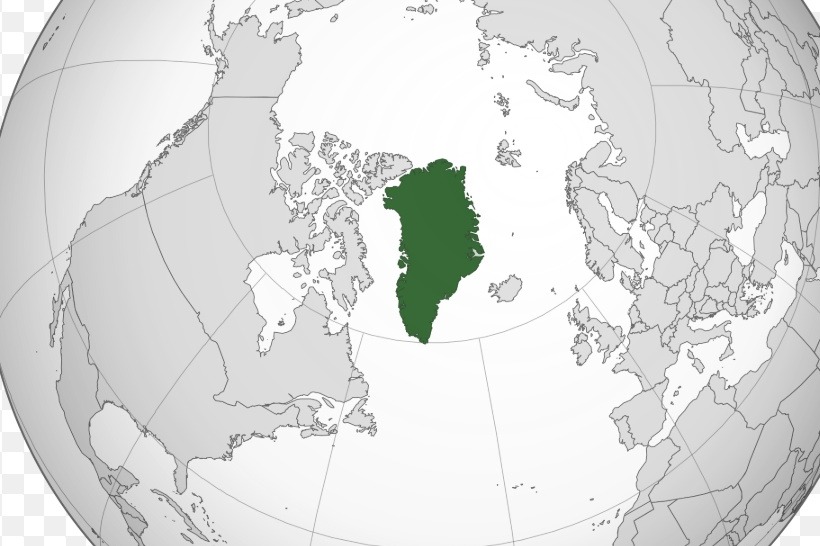 But I am. I’m very serious.

HERE’S WHY WE NEED TO BUY GREENLAND

The current tariff, financial, political wars between the U.S. and China could destroy the planet.

Greenland could stop the nonsense. Rare earths, uranium, environmental, and other reasons explained below.

Let’s get Greenland into neutral hands to save the world’s most precious resources, to save the environment, to create an area of true wealth and beauty and innovation.

Plus, let’s help the Inuit, the natives of Greenland. They have the highest suicide rate of any country in the world.

Plus, let’s have some fun.

Rare earth minerals are used for almost every technology on the planet. From powering the electric grid to the semiconductors in your phones, cars, every computer, etc. See chart below to see how often every day you use rare earth minerals.

They are called “rare earth” because there are basically only TWO places on the planet you can find them.

Trump and China are basically at war. A tariff war, an intellectual property war, a cybersecurity war, a financial land grab, etc.

At any point, Trump could push China too far. The next time we make an enormous order of rare earth minerals from China (which has about 70% of the world’s production), they could say no.

Greenland has already said (despite EU pleas) that it will not restrict Chinese mining of rare earth minerals. Right now the main export of Greenland is fish. With the Chinese more active in mining recently, this could quickly change to rare earths and other elements (see below).

This why Trump wants Greenland. Why the same day he told companies in the U.S. to “stop doing business with China” is the day he made his announcement that he would like to buy Greenland. No mystery here. He wants the rare earths.

Greenland Minerals is a natural resource company focused on mining rare earths in (of course) Greenland. Guess who their largest shareholder is? Shenghe Resources from China.

Quietly, China has been buying up all the rare earth resources and companies involved in mining Greenland.

Greenland has 1/3 OF THE RARE EARTHS IN THE WORLD, but right now, due to lack of technology and expertise, is producing only around 5% of the rare earths. Strategically, this makes Greenland the most important country on the planet.

Denmark lacks the technology to mine for these resources and they are eager to lean on other countries (China, U.S.) to pay down their debt by selling off mining rights to the most important elements on the planet.

Meanwhile, one country shouldn’t control access to all of this important resource for the world.

If I owned Greenland (with all the voters from the contributors), it will become a much more neutral dispensary of these very important natural resources. And every Greenland citizen will benefit.

What are rare earths used for?

Kvanefjeld, located in southern Greenland, is the second-largest deposit for rare earth minerals (China is first). But it is also the sixth-largest producer of uranium.

Guess who wants uranium? EVERYBODY. Anyone who wants to make a nuclear weapon.

Guess who has the rights to mine Kvanefjeld? Greenland Minerals, the above-mentioned company with Shenghe Resources as the largest shareholder.

Again, this is not about getting from China so the U.S. can have control. This is about making sure no one country controls all the rare earth minerals and all of the uranium. The two most valuable resources on the planet.

Greenland is the first frontier in the battle against climate change. How do we know this?

The most northern land territory on the planet is an island right off the coast of Greenland and under the dominion of Greenland: Uunartoq Qeqertaq.

When it was discovered in 2002, it was completely covered by a glacier. By 2007, the glacier had melted, allowing the world to see land on the island for the first time.

Melting glaciers in and around Greenland have contributed to rising sea levels.

Studying the glaciers and climate around Greenland could be perhaps the biggest contribution to solving the issues of climate change before it is too late. Regardless of causes, concerns, nobody is taking Greenland seriously as an outpost for research into the environment.

For 80 years we’ve been dependent on the corruption of Saudi Arabia and OPEC for our oil and gas needs.

Climate change is allowing (unfortunately) for the first time ever the availability of drilling in Greenland.

Countries like China, Russia, the U.S. will be competing for this territory. Our goal will be to make sure this area is protected, used appropriately and without damaging the environment. And to restore balance in the world power distorted by the overabundance of oil in the Middle East and corrupt countries such as Venezuela.

Greenland has the highest suicide rate of any country in the world.

Declining population, cold weather, lack of resources, the most northern country in the world (leading to abnormal periods of darkness and light during the days).

The Danes, because they lose so much money on Greenland and do not have the technology to take advantage of its natural resources, are forcing people to move from smaller regions to bigger towns, leading to greater depression. The Inuit are sick of being controlled by Denmark.

The country is largely subsidized by Denmark ($700 million a year) and is not taking advantage of its natural resources.

And yet, despite the fact that Denmark is technically the “owner” of Greenland, almost the entire population of Greenland is indigenous Inuit.

Let’s mine (in environmentally correct ways) natural resources and let the Inuit receive financial benefits. Let’s use the financial resources to make Greenland a prospect for tourism, innovation, economic and technology development.

If we buy Greenland, take your acreage, build on it, become a duke or an earl (or the Duke of Earl) and build posterity for your family for generations to come.

Let’s also empower the Inuit to take charge of tourism, build upon the natural beauty of this country, and allow them to flourish rather than languish in high unemployment and depression.

Greenland and Inuit should take their rightful place as the happiest and among the most beautiful and visited countries. This will create wealth and prosperity for the Inuit and for all who visit, move, and invest in Greenland.

F) REWARDS [HERE ARE THE REWARDS I ORIGINALLY POSTED ON KICKSTARTER]

– All pledges over $1: CITIZENSHIP

If we pay Denmark $21 billion, it’s 30x what they use to subsidize Greenland. Plus it’s about 1/6 of their national debt.

$100 million  is a fraction of what we need but enough to engage other banks and funds to raise the money sufficient to buy the country at a price Denmark will not be able to refuse.

2) WHAT IF WE RAISE THE MONEY BUT ARE STILL NOT ABLE TO BUY GREENLAND?

I will return all of the money OR donate all of the money to environmental research and the beautification of Greenland. I also could use the money for competitive bidding to make sure Greenland’s most useful mines are not controlled by any one country.

3) WILL I HAVE A SAY IN HOW GREENLAND IS RUN?

Yes, every citizen (pledge over $1) will have a vote. But I will also give the Inuit five votes each. There are 57,000 Inuit in Greenland.

Greenland is the most un-watched and yet perhaps most important country on the planet right now.

Between the rare earth minerals, the uranium, oil, the battle between Trump and China, and the environmental concerns, Greenland is the final frontier in our battle to keep pushing humanity forward.

Once the $100 million is raised, it will be a first step towards raising further money. I will not benefit AT ALL from raising this money, but will use it as a foothold to get other funds raised to complete the job. If I still can’t succeed in buying Greenland, money will all be returned.

All money will be refunded if $100 million is not reached.

WAS THIS REALLY SERIOUS?

A) Don’t say something, DO something. I could sit here forever writing articles about what I believe. But it’s good to also find interesting ways to express your opinions.

A billion people a day post articles. Only a few are noticed. This is an important issue. Is it impossible for a group to raise money to buy Greenland?

I don’t know. I asked several hedge fund managers who manage over $50 billion and they all thought it was interesting. So I figured an amount like $100 million would get me a seat at the table.

B) Educate. I believe this is more important than people realize. So rather than stand on a pedestal and lecture (via an article) I figured a crowdfunding campaign would be an interesting way to educate people.