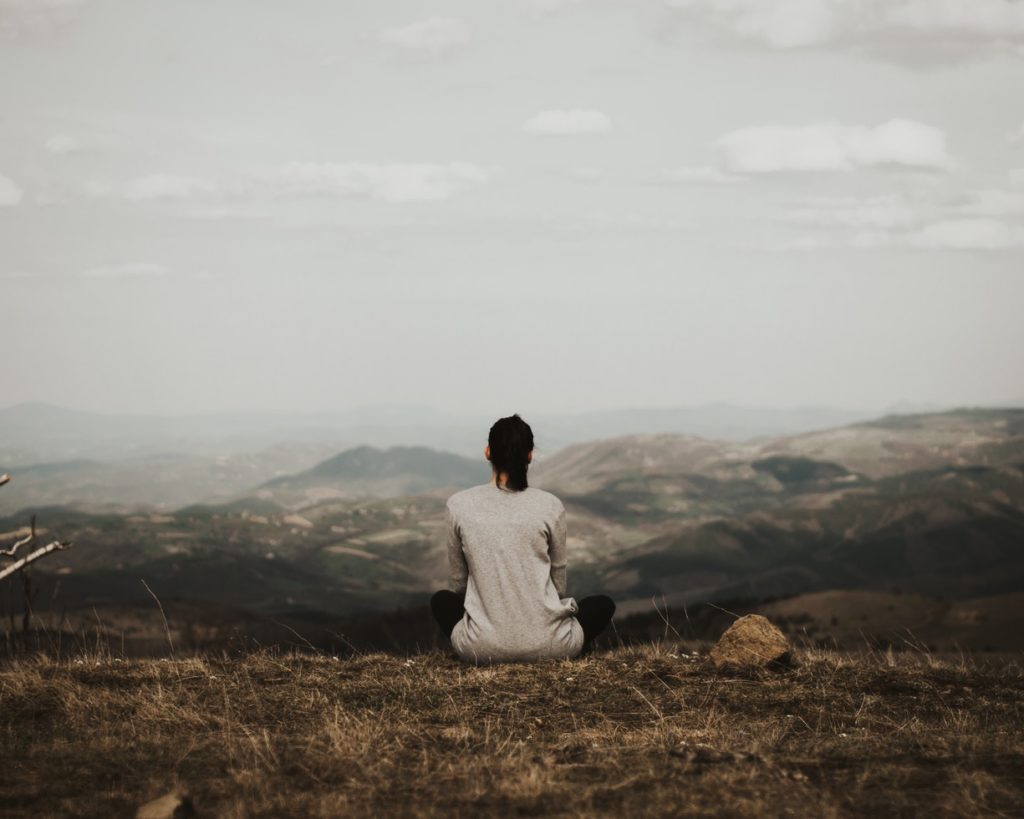 My dad had a stroke and never got better. He was in a sort of “awake” coma for two years.

I would visit. He was staring at the ceiling but I don’t know what he saw. Someone had lost his glasses and I knew he was blind without them.

When I first would visit, in year one, sometimes I’d see him twitch or even do a little grunt.

The doctors said he was brain dead but I didn’t believe it. I knew there was someone there. He wanted to get out. He wanted to move.

But gradually he stopped responding to anything. And eventually I was hoping he would die. Eventually he did.

Thank god because I was sick of visiting him.

Until he died I would always think to myself: things cycle.

But that only works until it doesn’t. My dad got worse and worse. Nothing got him better.

I was going to say that “work hard and things get better” is the only life advice you need but it’s just not true.

Sometimes things just get worse. And sometimes, for no reason at all, things get better.

Working hard is a good way to increase the chances of the above. But it’s not the be-all life advice.

Although if you can laugh about something, that’s certainly better than not laughing.

Life is pretty hard. And it’s Every. Single. Day.

Most days I have a little bit of fear in me.

I get worried for my children. I think to myself, “What is going on in their heads right now?” and I hope it’s OK.

I’d hate to think I gave birth to someone who is now in pain.

I have fear that bad things can happen to me or people I love.

I have fear that things I work hard on will not work out in the end. They say “it’s the journey” and this is good advice also but if the journey is hard I want to make sure there is some comfort at the destination.

I have fear that people will dislike me for no reason. I try hard to please people and I’ve seen too many times where the harder you try to be a good person, sometimes the result is even worse.

Sometimes I think, “What am I doing to improve myself?”

But is it that important to improve ones self? I guess it is. But I don’t know.

After all my failures. After all of my successes. After writing 21 books. After interviewing 500 of the best peak performers in the world.

After starting and selling many businesses. After tasting the bitterness of so much failure and bouncing back from it. After trying to get good at so many skills and succeeding at some and failing at others.

1) Take time out of your day to help the people you love.

Like, if I can help my daughters today, I will.

So at least you don’t have to deal with the fallout from being dishonest.

3) Try not to care what people think.

Although I know I will always care too much.

It’s good to let the brain wander. Creativity moves around a lot inside the brain. You have to let your brain wander in order to find out where creativity is today.

I’m not saying “starve” yourself. But let’s face it: you’re not that hungry. Eat as little as you can get away with. Don’t snack. Eat fruits.

The only reason for this is so you don’t get sick or feel sick and your bowel movements aren’t painful.

6) Nothing else is that important.

Let bad things happen and look for opportunities in them.

7) If someone doesn’t want to like you, then leave them alone and find people who do.

8) Never do anything you don’t want to do.

Always try to move in the direction that makes you happy. If you want to read a book about fishing, read that book. If you don’t want to go to a wedding, then don’t go.

And flow is fun. Whether it’s playing a game, or writing, or spending time with friends, try to get into flow as much as possible before you can’t anymore.

So that you aren’t lonely.

I wish I could follow all of this advice but I’m getting better at it.

Every day I’m getting a little better at it.

Today I’m doing a podcast. I’ve done almost 500. So this has been something I’ve worked hard at.

And then tonight I’m performing on the same lineup as one of the best comedians in the world.

I guess that’s a good thing although I’m pretty scared and maybe I will mess up.

So here’s what I will do and maybe this is the best advice of all:

I’m going to pretend I’m an alien from another universe, another dimension.

And I just landed in this body.

And my mission is: I don’t know why I’m here, but I’m here for a reason. Find out why and complete my mission because I’m only here for another 12 hours and then I’m never coming back to this dimension again.

And yeah, that’s the best advice ever!