9 Life-Saving Reasons I Try Not To Judge People 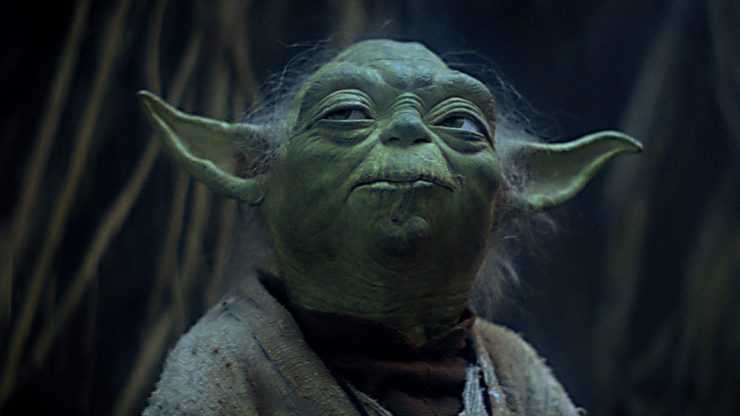 One time someone wrote a lie about me.

I judged them as evil.

This person pulled apart two or three of my articles out of hundreds, and pulled sentences out of context and then said the worst things about me.

People who read this person but did not read me started posting this person’s article and saying comments like, “I will k**l James Altucher if I ever see him”.

I was terrified and sad. Why me?

I was on the set of a popular TV show. The writers invited me to watch the pilot being filmed.

In the middle of the day, I got an email about an “emergency” board meeting.

20 minutes later, after the call, I was in shock. I had lost a good percentage of all of my money because of one bad guy.

I spoke to my lawyers: should I sue? I am not litigious. I have never sued someone before.

I moved on. I enjoyed the rest of the day.

I made the money back but it took years. I never spoke to this person again. I hope and pray he is over his troubles.

Yes…”pray”. Not to a god. But because prayer is a sign you forgive.

And forgiveness releases Oxytocin. One of the neurochemicals in our brain that triggers happiness.

And it’s important that I TAKE RESPONSIBILITY FOR MY CHOICES

And not only my choices but the ideas that clog my brain, preventing creativity. Blaming is draining.

What’s wrong with being happy?

No matter what. Not more and not less.

It’s the part of your body that takes up the most energy. You CHOOSE how to “spend” that energy.

You can spend it judging others and then count the number of accomplishments you had that day of judging.

Or you can use it writing ten ideas a day, executing on some of those ideas, networking with friends, writing, surprising your loved ones with quirky gifts.

Recently I wanted to convince my new fiancee that life would be good when she moved in with me.

I wanted to think of the perfect gift.

I bought her a first edition, signed, of “A Room of One’s Own” by Virginia Woolf.

The idea: she will always know wherever we are that she has a room of her own to be creative in.

If I was busy judging people I would not have thought of this gift, spent the hours finding the right edition, making the purchase.

She has it sitting on her desk in her room of her own right now.

I hope she likes me.

To make money, to achieve success, to impact others, you have to have a vision of the world that is uniquely yours.

Some people say there are no new ideas. This is not true.

There are billions of ideas in the world. Add in your unique experiences. Now you have a new idea. A new vision.

Then you have to learn how to take this vision that has it’s home in your head, and impart it onto others.

This is very difficult. It is a hard skill to learn to do. To transfer something from your brain to someone else’s. It’s like ESP.

If all you talk or think about are the people you judge or resent and who “I can’t believe they did this to me!” then you will join those losers in their death spiral into the hate and gossip vortex.

So many people say, “So-and-so [wealth, successful person] is an idiot.”

Don’t judge. Because some day you will be as wealthy and successful.

The first step to better the world is to better yourself.

You will think it’s justified to judge. Because the brain gets addicted to judging. It’s a way to have status over the successful person.

But the visionaries are moving fast and past.

The status goes to the people who have impact.

C) IF YOU ARE A THREAT, THEN YOU WILL BE A TARGET

Igor Semmelweiss was a threat.

He was trying to figure out why so many babies died in the hospital he worked out.

He figured it out. Doctors weren’t washing their hands after working on the dead bodies and immediately going to deliver babies. So mothers and babies would die.

This made him a threat. All the doctors refused to believe that their poor hygiene killed people.

They persecuted young Igor. He was their biggest threat. He was fired. Couldn’t get a job and eventually died in a mental asylum.

And now that all the “judges” are dead we realize he created the entire theory that disease is spread through germs.

If you are a threat, you WILL be a target.

But just focus on being a bigger threat.

D) WHEN YOU FIGHT IN THE MUD WITH A PIG, THE PIG GETS HAPPY AND YOU GET FILTHY

I tweeted out my phone number at one in the morning.

So many people were saying stuff about me. I was in pain.

People called me. Once I spoke to them, they didn’t know what to say. The “judges” were silenced. The most they could say was, “I can’t believe you picked up”.

I spoke with each one. They all tweeted and apologized.

But still…what a waste of time!

Not my job anymore to make pigs happy.

This has taken me almost 20 years to realize but it’s a pattern that occurs 100% of the time.

Everybody who has taken the time to really attack me (when I’ve been a threat) or others, I google them a few years later.

Losers talk about winners. And then they disappear.

They are so ready to blame that they forgot about the original journey they were on in the first place.

Blamers and judgmental people stop creating once they start judging.

Judging is a form of anger. “I hate this person because…”

Whenever I am angry at someone, I try to take a step back and say, “Wait…what is it I am actually afraid of here”.

Maybe this person is slightly right and even though they are insulting me, I should try to listen to the gems of truth inside their filth.

Maybe I did do something wrong.

Maybe there is something I could have done better. Or more politely. Or expressed better.

When someone is judging me and I get angry, maybe deep down I’m afraid there is some small truth there and I want to deny it.

But I could be. And I often am. And perhaps I crossed some line and the irrational judging of this other person is an indicator.

Their judging should at least give me some nourishment to see who and what I really am. At least to see what it is I’m afraid of, and where I can improve.

When someone is judging me, I also have to ask: what are they afraid of?

I have an exercise I do.

I picture every person is my daughter. Male, female, old, young, it doesn’t matter.

My daughters are the only creatures I love unconditionally.

And if, for a small moment, I can picture my greatest detractors or haters as my own daughters, then it often helps me figure out, with great love, what it is they are afraid of.

Maybe they are afraid my ideas will threaten theirs.

Or maybe they are afraid I will get more credit than them.

Or maybe they want something I have but I don’t know what it is.

I don’t know. But I don’t have time to figure it out.

Sometimes I’m obsessed with the people who cost me money.

Or people who I think are bad for the world.

I would judge. All day long. And feed off the crack pipe of judging when talking to other “judgers”.

But I changed my mind. It’s not that you are the average of the five people around you.

You are the average of the five people IN YOUR HEAD.

I recently had a great conversation with Bishop TD Jakes, head of one of the largest churches in the world.

I also had a great conversation with Ken Langone, who started Home Depot and has put hundreds of millions of dollars into medical research.

I also spent some time recently with the always inspiring Amy Morin, author of “13 Things Mentally Strong People Don’t Do”.

And with many many others who inspire me. I stay up at night thinking of the things they say to me. How I can apply those insights into my life.

I love these people. I love the people I work with.

I could fill my head with these thoughts and people who uplift me.

Or I can fill my head with the ones who I will never be able to figure out: “Why did they say that about me?1?” Or, “why did they do that to the world?”

As TD Jakes told me, “It’s not what’s happened to you before. It’s what you do from here.”

I) IT’S ABOUT THEM, NOT YOU

I recently helped someone with a massive (and well known) project he was working on.

I was very proud of my work. And I got many emails from his co-workers, thanking me.

And then suddenly…he stopped returning my calls. He insulted me (I heard) behind my back. This one time great friend never reached out to me again.

I at first thought, “What did I do?” And I realized that my communications with him throughout could have been better. But still…

I don’t know what he is dealing with in his life. Or what his angers and insecurities built up on a lifetime of his experiences might be.

But somehow I intersected with those insecurities and caused him to be angry at me. To judge me and for me to judge him.

I don’t know what, why, how, and I never will. There will almost certainly never be any resolution (their rarely is).

So I moved on. I learned from the experience. It was so valuable to me and I am grateful to him.

But I move on. I have more projects to do. Ones that I am excited about. And people to do those projects with.

People that I am excited about.

Someone in my family wrote to me, “I never want to speak or I have contact with you again.”

I went through every one of these stages above.

First, anger. Then wondering about their anger. Then really examining what I could have done better.

Then reaching out with love and trying to reconnect (it didn’t work).

Everyone is worthy of being loved like a daughter.

But even your children grow up and become adults and life continues.

Today I interview one of my heroes. And tonight I will sleep well.