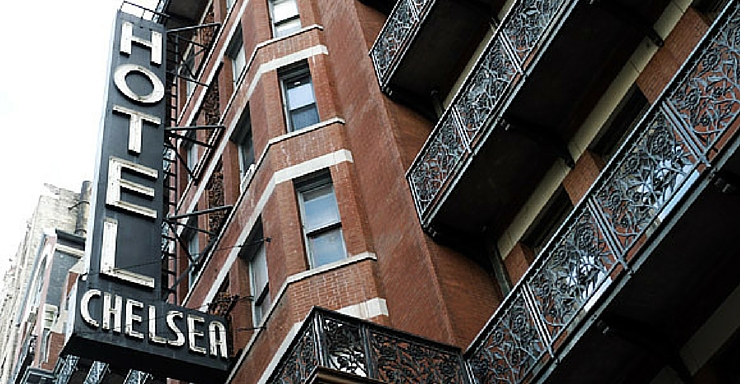 I hated living with my parents. Disgusting. 90 minute commute to New York City. In my suit. My tie. My shoes. My laces.

I was afraid all the time. Would I get fired? Would I have no friends? Would life suck forever?

Elias said, “I hear you need a place to stay?”

We were at Washington Square Park. He was the best chess playing hustler in the park at the time. 1994. The Year of the Pig.

I said yes. I moved in that night. One room. He slept on couch I slept on futon. The shower was broken constantly running. No kitchen.

You like women, right? He said to me the first night.

Later, we would play chess every almost every night all night.

Every morning I pulled my only suit out of my garbage bag. I walked to work at HBO. Then I went back home and we’d play chess again.

One night he brought a girl home and took her in the bathroom while I pretended to sleep.

Another night he told me the girl next door, who was engaged to a banker, came over and asked for salt and he let her in and she left a few hours later….

For some reason this made me very upset and angry. Like one day this would happen to me (except I’d be the guy engaged to “that” girl).

One time he woke me up in the middle of the night and said I had to leave.

I was running a 102 fever. Can it wait until morning?

No, he said. I haven’t been paying rent so they are coming to kick us out in the morning.

It was two empty rooms and I had a single futon on the floor and no other furniture.

The first night I woke up. Something was on me. A lot of things were on me.

I jumped up and turned on the light. Wall to wall were roaches.

I left and and spend the night in all-night strip club. In the morning my new landlord cleaned everything. I had bites all over me.

One time I wandered into a pool hall and bar on Steinway Street. It was all Greek people.

They were playing chess. I sat down and offered to play one of them. Then I said to them: line up all the boards and I’ll play you all simultaneously.

After that, we were friends for life and every night I spent the entire night playing with them while staring at all of the waitresses.

I’d write my phone number on two dollar bills I’d leave as tips for the waitresses. Nobody ever called me.

We played chess, backgammon, and drank strong coffee all night. In Greece there are three different rules for backgammon and we’d rotate through all three games.

At night I’d walk the streets with Nick, who had been diagnosed with Hepatitis C.

“I don’t know when I’m going to die,” he said. “But there is no cure. I don’t want to get into a relationship. Too much of a burden for her.”

We’d walk and talk for hours. I considered him my best friend. When I moved we never spoke again.

I made $17,500 cash making website for a diamond wholesaler.

“Don’t tell anyone,” he told me, “or everyone on the street will be upset because I’m selling direct.” diamondcutters.com.

I took the cash to the Chelsea. Stanley Bard was the manager. The cash was in a paper bag and I just gave it to him.

“Are you a drug dealer?” he asked.

“Can you get us cable here?”

He gave me a room. I lived in ten different rooms at the Chelsea over the next many years.

One time I took the elevator up with Chubb Rock, the rapper. “His label is paying for him to stay here,” said Timor at the front desk. He filled up the entire elevator.

Another time I asked a guy on my floor “What’s the weirdest thing you’ve ever seen?”

He told me. “One time Stanley called a girl on this floor who owed rent. She said, ‘I’ll bring it right down’. She took a running jump and jumped out the window and landed in the middle of 23rd Street.”

“She was the last person in your room before you moved in there,” he said.

I didn’t move out of that room until four months after I get married. I loved the room.

I fell in love with three different women who lived in the Chelsea. Two of them are my Facebook friends now. Neither of them ever knew. Two Heathers and a Marta.

One time I didn’t stay there for five years. I showed up and Robert looked at me and said, “You again. You must be up to no good.”

The Chelsea was the only place I ever lived where I vacationed with the other people who lived and worked there.

We clung to each other like we were stuck on an island in the middle of a storm. I loved living there and history has eroded it.

Live in a hole. Live in a gutter. Live with roaches.

Live with a sense of, “I escaped!”

Live with alcoholics and scumbags and prostitutes and drug dealers. Live with unrequited love.

Explore where you live. You’ll never live there again.

Elias from 14th street gave up chess and NYC. He’s a fisherman in Rhode Island now.

And Heather from the Chelsea…one time we took a walk. She told me she had epilepsy. I thought that was beautiful.

Like her body had a secret. And she would desperately hold onto that secret. But sometimes it was too much for her, and her body would release that secret to the whole world.

I write this as if I have regret now. As if now I’m missing things.

Related post: It’s Financial Suicide To Own A House