DOING IT: How I Made My Daughter A Movie Star In Just One Week 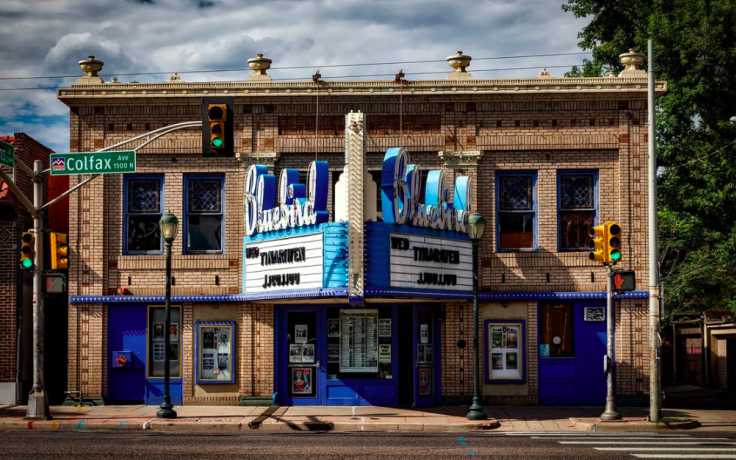 The IRS had stapled signs all over my house. My wife at the time and I were getting divorced. I was losing access to my kids.

And I was sick and sad.

I had no job. No opportunity. Again! I was DOING nothing.

It felt like a rat slowly nibbling on the rope that holds everything together.

My dad had gone broke when I was a kid and then he had a mental breakdown as a result.

And what next? He lost everything. And in the middle of an argument about money, he had a stroke and never came out of the coma.

Did he write the rough draft of my autobiography?

I’ll know when I don’t know anymore. I guess.

There’s two ways to get rid of this stress. ONLY two ways.

What to do? I don’t know. Do anything. One time it was coming up with helpful ideas for 20 other businesses until 2 responded to me.

Another time it was to try that one last business idea after the first nine had failed miserably.

Another time it was to start blogging my guts out without any hope of anything. No money at all.

Bleeding to death. Both on the page and in my bank account. My entire set of friends then thought I was insane.

I have a new set of friends now.

As in, “excuse me, please, can I walk around you while I make my way over to the couch.”

Nothing wrong with that either. Mmmm, the couch. With excuses stuffing my pillows. And Netflix. I love Netflix. “Excuses” literally buy me time to watch Netflix.

These are the two choices. Nothing wrong with either. 98% of people do the latter.

Maybe they do it because of fear (I certainly have often). Or maybe they just don’t know the first “next step”.

Writing 10 ideas a day every day builds the muscle to help me come up with the first next step. Sometimes it even works.

Which is a cliche but I’ll take it.

My daughter was on the couch. Watching Netflix.

For a year I had been sending her auditioning opportunities. She’s acted in every school production since she was five years old. She loves acting.

I hated every moment of it.

I’m an adult. A reasonable adult doesn’t wake up and say, “I’m going to drive 60 miles today to watch a bunch of prepubescent girls put on a theater production of “Pride and Prejudice” for three hours. What a great day!”

That’s not what a sane person says. But I said that about 200 times.

So now I wanted payback.

“Have you ever once looked at any of the audition opportunities I’ve sent you,” I said. ‘How I Met Your Mother’ was on the TV screen.

“Ahhhhgngna,” is what I think she said. I was standing between her and the screen.

“Why haven’t you arranged one?”

“Ok,” I said, “Stand against the wall.” FLASH! Headshot done.

“Casting directors just need to know what you look like. They need to check boxes like “girl” or “brown eyes”. They aren’t hiring you off this. And get a better one later if you don’t like it.”

“You’re 18. You don’t need Schindler’s List here. They just need to see you have basic skills. Upload it.”

So she uploaded it.

Then she pulled out the best excuse. I give her credit. It’s like she prepared.

There’s always a good reason and a real reason.

“I need acting lessons,” she said, “It’s not enough that I was the lead in high school plays.”

Napping is the best!

“Look at that waiter on the show,” I said and pointed at some guy talking. “That guy is the worst actor I have ever seen. There are 10,000 new shows on TV. 99% of the people on them can’t act.

“If you go on 100 auditions you might be decent at auditions and if you get a part you can get acting lessons.”

“Ahahgnanga,” she said when I again stood in between the couch and Netflix.

“Listen: the only way you can act is if you audition 1000 times and get rejected 995 times. That is the ONLY thing to do.

“Nothing else. Right now, that is all you have to DO. You don’t have to act. You don’t even have to think.”

“What if I don’t really like it,” she said. Ugh! Another potential good reason.

“Whenever I tell you I have to ‘perform’ at something you get excited. I know this is the thing that lights you up. You love talking to me about performing.”

“Now you have your headshot and reel uploaded. You have to apply,” I said.

“Give you me your hand,” I said. She didn’t look at me but she gave me her hand. So I knew she was IN but I had to solidify.

“Swear to me that if you don’t apply for acting jobs THIS NEXT WEEK that your grandma is going to die by Friday,” I said.

She pulled her hand away quickly at that but then gave me her hand back.

“Which grandma,” she said.

“And I know you love both but your grandma WILL DIE on Friday if you don’t apply for jobs and go out and try to audition. That’s the only way to save her.”

You can think, you can dream, you can write, you can hope, you can wish, you can prepare, you can study, you can talk, you can read, you can get mentors and peers and take classes.

But you can’t DONE until you DO.

Yesterday she was an extra in a new Al Pacino movie. They were shooting all day.

The day before she was in a student film at NYU.

A car can’t get across the country if you don’t turn on the ignition.

She turned on the ignition. And now she is starting to drive. I hope she continues. Even though if she is like me she will make countless wrong turns.

No fake hustle. No “busy hustle”. This is the real hustle. The kind that moves you. That makes you sweat. Where things break. And they don’t always get fixed but you keep going.

And people get sad and scared and lost and fail and “lean in” and hurt themselves and hurt others.

At least….I did all of the above. I hurt myself most of all.

Why I am one of the top ranking results if you search “I Want to Die” on Google. (Try and see).

There’s such a good reason I’m on Google there. I remember it. In my fingers. In my stomach. Always there in my head. Always there. Never gone. Go. Go.

The title of this article might seem like an exaggeration. She’s not a movie star. It’s been one week and she’s been an extra in a movie with Al Pacino.

And she loved it.

Nor do I get credit. She DONE DID DO DOES. I didn’t do anything. She was finally ready.

DONE DID DO DOES.

We’re all just trying to be a little better off today than yesterday in the things that give us pleasure “up here”. All it takes is doing one thing you know will move you forward.

When we DO we can have some tiny faith that our hopes can intersect with our future.

The goal is not to be a star. But to always look towards the stars.