My First Customer Is Now Dead

I was lonely and I wanted money. I was living in a one bedroom apartment in Astoria, Queens, NYC in 1995. I knew nobody in the area. I would write my phone number on two dollar bills and tip waitresses with them. Nobody called me. Everyone in Astoria is Greek. And they pretty much stick to themselves.

Weekends were the worst. I missed my friends at work. The Museum of the Moving Image was down the street so I would go there to watch various indie movies. Two things: the Hal Hartley retrospective was great. And the collection of Bill Cosby sweaters that he wore in his 80s show was prominently on display. The  woman taking  the tickets didn’t like me because I always flashed my HBO ID to get in free. 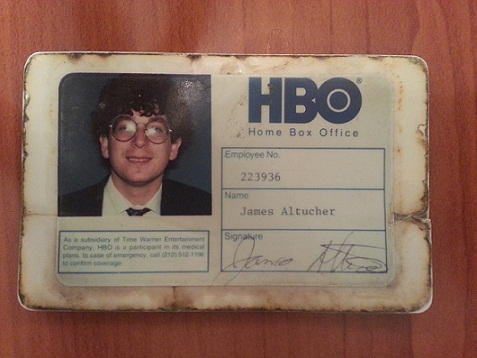 I had about $20 in the bank and lived paycheck to paycheck. I would walk around every part of Manhattan and think to myself, “who are the millions of people who can afford to live here but I can’t?”

Adrian called me. “I have to do this diamond website, can you help?” We went over to Shlomo’s on 47th Street. Shlomo told me that all the diamonds on 47th Street get smuggled into the US to avoid taxes.

I asked him how they get smuggled. He said, “I will tell you a joke

“Two jews are coming back from Russia. One keeps squirming the whole plane ride. The other jew finally asks him, ‘Moishe, why all the squirming?

Shlomo laughed. Adrian laughed. I thought to myself, I am never going to buy a diamond.

Shlomo wanted to put online his wholesale business which he used to sell to all the diamond dealers on 47th Street (known in NYC as the diamond district. If you walk down 47th Street its all tourists and Hasidic Jews) and sell direct to the consumer. “I don’t want my name anywhere on this! If anyone on the street knew I was doing this they would kill me.” Arguably this would be the first diamond site on the Internet. Before Blue Nile, before Tiffany’s went online. Before anything.

He gave us a file  that was his entire database. Every diamond was one line on the file with all the features separated by commas. The shape of the diamond, the 4Cs (cut, clarity, carats, color), the number of the GIA certificate (since certification is the universal scam, even diamonds have to be certified by some bogus organization). He  just wanted the database online and a simple design. People would select a diamond on the site and then send him an email and he would call them. Simple.

My room in Astoria had one foam mattress in it, cockroaches in the bathroom, a phone, and a black and white TV about 3 inches diagonal that never worked. I didn’t realize that in NYC you needed cable to get a TV to work. I had no chairs, no sheets, no plates or glasses, no food, no closet, no dressers, and kept all of my clothes in a garbage bag. Even if a waitress spoke to me, what was I going to do? I felt worthless. I needed the money.

The next day Chet called me and asked me what I was up to. I told him about the diamond project. “What programming language are you going to use?” I told him I thought I would use C++ but I wasn’t sure. I figured it would take me about a month with C++.

“James, James, nononono,” he said, “trust me on this. Go to the bookstore. G-g-g-get O’Reilly’s book on PERL.Trust me.” Chet had a slight stutter when he was excited. His mind was too fast for his words.

“Just trust me. Get the book. Then call me.”

I got the book, went into Adrian’s office and set up a simple Perl programming environment (downloadable from a dozen sources). Did the basic “Hello, world” program. Kept flipping through the book.

I called Chet later that day. “Did you get the book?” he asked.

“I finished the whole project,” I said. I even added an extra flourish. I found a Perl library for manipulating graphic images so I used it to create the GIA certificates on the fly as images. Perl became my favorite programming language for all Internet projects back then.

– learn a programming language quickly by modifying other code. I found code for searching a database. I just modified that and fed in this database. As long as you know the basic tools: if, then, loops, recursion, the syntax of the language, functions, etc you can learn any programming language by having a book for the basic syntax and modifying other code

– always add an extra flourish. ALWAYS. No matter what. This was my first client. Of the next five jobs I did, three of them offered me a full time job with double or triple the salary I was making at HBO. It’s because I always delivered that extra something. This is more than “underpromise and overdeliver”. This is using creativity to make the client’s life better. And to always have the element of surprise. They know that when you walk in the door magic will  happen, doves will fly. I was the magician.

– Always talk to someone smarter than you are and get their advice on how to do a job.

I walked over to The Chelsea Hotel on 23rd Street and said I wanted to move in. They were known for only letting artists and writers live there. Arthur C Clarke wrote “2001: A Space Odyssey”  there. Madonna wrote “Sex” there. Dylan Thomas died on the steps leading in. Nancy was stabbed there (“Sid and Nancy”). I was told to wait for Stanley Bard to see me. He owned the hotel. I waited for two hours  and then he took me into the office. I gave him the $17,500 in cash and asked if I could live there for a year.

He looked at the cash. It was in a paper bag from a supermarket, in hundreds. “What are you,” he said, “a drug dealer?” I should’ve added, the Chelsea Hotel was known for letting artists, writers, and drug dealers live there. And high-end prostitutes. And some not very high-end. I didn’t want to say I worked on the Internet. That was very uncool back then. It meant I was a “computer geek”. Not good.

“Ok,” he said. And he took me up to the first floor, to the right, to the room where Nancy was stabbed (it had been divided into two rooms by then). “You can stay here,” he said. I later moved several times to different parts of the building. Every floor in the Chelsea had its own little subculture. I felt like an anthropologist as I moved up the different floors, studying the species that inhabited each floor. There was art hanging everywhere. All of the art was awful.

“He was flying a plane around Russia. I guess looking for diamonds. The plane crashed.”

I thought of Shlomo’s joke about the squirming jew flying back from Russia. I thought how Shlomo never really liked me. In 1999 I talked him into paying a million dollars to theknot.com to become the exclusive diamond dealer on their site but it resulted in almost no sales for him. He never spoke to me again after that.

I thought of the girl who worked in his office who had the huge scar down one side of her face. I thought of how I loved her and wanted to lick her scar and be the only one to tell her how beautiful she was.