My Last Will and Testament

“I Want to Die” is still the most popular search term that takes people to this blog.

A couple of things about the above sentence. 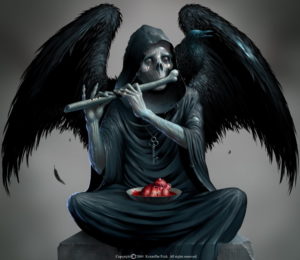 First off, it’s a lie. “James  Altucher” is the most popular. “Altucher” might be the second most popular. But for phrases that don’t include “Altucher” then “I want to die” is first. By a factor of 4:1 over “Mark Cuban” and “alternatives to college”. And then, surprisingly, “magic” and for some reason, “pearl harbor”.

Next, the word “popular” is weird. It’s true. The phrase “I want to die” is popular. But not in the way “Britney Spears” was at one time “popular” or that Andy Warhol does “pop art”. It’s a twisted version of popular. Where numbers are used to define popularity, as they often are in our society. How much money do you have? What are your traffic numbers? How many touchdowns did you make last year? How much square footage in your house? How many delegates does Mitt Romney have? We are defined by the numbers around us. Try to spend a day without thinking about numbers. It’s hard. Nevertheless, “I want to die” is very popular on my blog.

Finally, why does that search term take people to my blog. I offer no techniques for killing oneself.

They don’t really want to die. The real person inside is a little boy or girl who wants to play outside with her friends, who wants to be kissed and touched, who wants to feel relaxed from the many problems that plague them. We all have the seeds of a little mental illness around us. The mental illness is a wall without windows and we feel trapped inside the room. Death seems the only exit.

We need techniques to open a window. Look outside. At the snow. At the beach. At the sun. At the birds.

I’m going to die. If I had to predict, it will be of heart disease in about forty years. That’s a guess. But why not guess. I know I won’t die in a car crash. Or a plane crash. I am hardly ever in those two vehicles. I won’t die of smoking related diseases. Perhaps I will die of some form of liver failure since whenever I have a toothache I take pain killers which affect the liver. I’m on the lookout for stroke since that’s how my father died. But heart disease seems like a natural killer for me.

So it’s about time I write my last will and testament to my kids. They already will have everything materially from me. That stuff doesn’t matter to me.

But here are some other things I hope I can give them:

But I lied again. I can’t give you the above six things, the way I leave you a chair, or a plant, or a book. I don’t think I really have them to give. I can just leave you those words. Nor can I control you to follow them. If you want to be mean, who am I to stop you?

But I don’t want you to worry like I have worried. I don’t want you wake up in the middle of the night, with all the thoughts bouncing around your head while you think, “I am mentally ill. I can’t get out of the pain in my head.” I don’t want people to hate you. I don’t want you to hate people or be angry at people who may have wronged you. If you follow the above six things it will lessen your chances of having a night like that. I can promise that.

I’m asking for a lot. I know. Maybe most of all I don’t want you to find this post by searching “I Want to Die” in Google.