My One Year Anniversary Today – Did I Scam Her?

It was too much work trying to meet women. My sister met her and said right away, “when are you going to marry this girl?” So like any 18 year old nerdy guy (except I was 41), I proposed fairly quickly. And right when I had the opportunity, I locked it down.

Now its one year to the day later. I realize there’s been some changes. I don’t have dirty clothes all over the place, for instance. I think my breath might be better. For some reason I cut myself while shaving more often. The other day I was bleeding all over a video I had to do at Yahoo. Pretty embarrassing when the folks at Yahoo had to say, “stand still already!” while the band-aid was applied before showtime. I have furniture. When I met Claudia I had three mattresses and a table (but no chairs). I also stopped bleeding money (drinking all day and night could get expensive) and I stopped eating three glazed donuts for breakfast.

Some other small changes:

–          I do yoga. Not every day. But I do it. I started exercising when I started going out with Claudia. I was very intimidated by gyms. I had never even been in one and had no idea how to use the equipment. I didn’t want to be embarassed. I imagined a locker room with all these ripped guys changing clothes and then there would be wimpy, out of shape me. Maybe they’d lock me in a locker, 41 years old, and leave me there. People never change.

But Claudia was really into yoga. And I’m the worst combination of competitive and paranoid. So I figured there’d be all these healthy, good looking guys in the yoga classes while I got older and weaker and sicker. And so on. Imagine then: old, weak, sick, maybe even in a wheelchair, and on top of it guys hitting on my wife. So I went down to the gym and got a trainer. He was very good. He got me lifting weights, pushing myself, jogging. I couldn’t take it. It was too much for me. I was brought to the point of death on each training session.

But then I started doing yoga. And I liked it better. It was just as brutal but there was 2500 year old philosophy that went with it that coincided with a lot of my other beliefs. So now married one year and I’m loving the yoga.  [See: How Yoga Has Completely Humiliated Me]

–          I don’t live in the city. The second I got separated I moved into the Chelsea hotel on 23rd Street. “What are you doing here?” the guys at the front would ask me. “Its been ten years since you lived here.” Well, I’m back boys!  For me, it was like returning to my roots. The crappy paintings hanging on every wall. The occasional room with no doors on the bathroom. The calls at 1 in the morning reminding me that once a month I had to move rooms according to new laws. The used condoms on the staircases. The random suicide note found in a kitchen cabinet.

Then I went on one date where the girl said she had to discuss with her therapist about how I lived in a hotel. And not only that, SHE was a therapist. I was in double therapist jeopardy. Nothing good could come from that. So I moved out of the hotel into a building right on Wall Street. But when I met Claudia I could tell something was off. She wanted to live by nature. By nature, I’ve always hated nature. And loved cities. But one day she left the apartment while I was on the phone with my business partner and she took the train 70 miles north of the city (to a town I used to live in) and she found by coincidence the exact house I wanted to live in ten years earlier and by coincidence that day it was available for rent. So a week later we moved in.

So now I live 50 feet from the Hudson River about 70 miles north of the city. Its beautiful outside. Every Sunday, bands play by the gazebo here. There’s a bed and breakfast with a good restaurant right next door. Claudia says, “its like a Woody Allen movie here on weekends.” But now I’m paranoid. I hope she doesn’t think I look like Woody Allen.

–          ­I had a checkup. I hadn’t been to the doctor for a checkup since I was 17. But when I was 43 I got a checkup. I’m doing pretty good. I had the doctor repeat in front of Claudia and one of my daughters that I was “perhaps, maybe, one of the healthiest 43 year olds” in the population 1000 town we live in. I’m pretty proud of that. I asked for a certificate or something that said that but the doctor had run out. Meanwhile, since meeting Claudia I’ve also been to the ear doctor, the eye doctor, I had all my teeth taken care of, and I’ve even been to a gastroenterologist. Maybe now I can live as long as she will live. I’ve also been under the chemical magic of anesthesiologists twice! I wish I could get my own private anesthesiologist for a little dose every now and then. Is this a business idea? Recreational anesthesiology? [See, Me and Jay Leno] 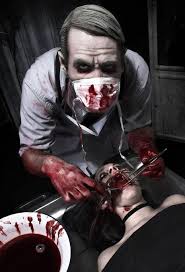 –          I see my kids more. The town where I live is right near where my kids live. We’re taking them to an indoor water park today. I think they are excited. Claudia just saw a to-do list one of them wrote so they wouldn’t forget anything today. It has items like “1. Get Dressed”. And “8. Pack all Play Items in Blue bag.”

Perhaps the most important lesson: never forget to pack your Play Items. No matter where you are going.

–          I write every day. I don’t know what happened. But starting in late October I decided to cut the BS and start writing about the things I felt were really important to me. I had never done that before. It was like someone gave me a lobotomy and took out the muscle that filters the crap that stores up in the neurons in the brain. Everywhere else there is BS but people are afraid to say the truth.  I got tired of being afraid. And occasionally I’ve been crushed for being too honest. But whatever. What did that one guy once say? “The truth shall set you free, but first it will make you miserable”.  President James Garfield (who said the above quote) could also write equally well with his left and right hands. We elect really talented people to office. [See, Do you Have to Be Rich To Be Honest]

–          I stopped failing at stupid businesses. In the year before I met Claudia I started and failed at three different businesses. This one and this one I’ve written about. One I haven’t written about yet. It was miserable and I couldn’t breathe when I was doing it. I’d lie down in a hammock and let the world spin around me while the business went down the drain within almost seconds of me starting it and I wouldn’t answer the phone. I’ll write about it some time. But I figured out what I was good at, got back to my Daily Practice,  and started thinking more long-term about ways to live out the American dream. We’ll see.

Its 5 in the morning. I’m drinking coffee. It’s completely quiet although in about ten minutes a train going into the city will pass by. My kids are still asleep. Claudia is in the other room reading something. In a few seconds I’ll probably get up and refill both our coffees. It’s our first year anniversary today. So she’s going to have to wait a second for me to refill those coffees. I have to finish this post.