I can’t write until I read. Probably because I’m so used to stealing and plagiarizing everyone I read from. When I first started writing heavily in my early 20s (non-stop unpublished novels) I would take off every afternoon from work and probably read a book a day. It’s almost fair to say this was the best time in my life. Hours shut away alone, reading every author of the last 100 years, and then spending the evening with friends and the mornings writing. 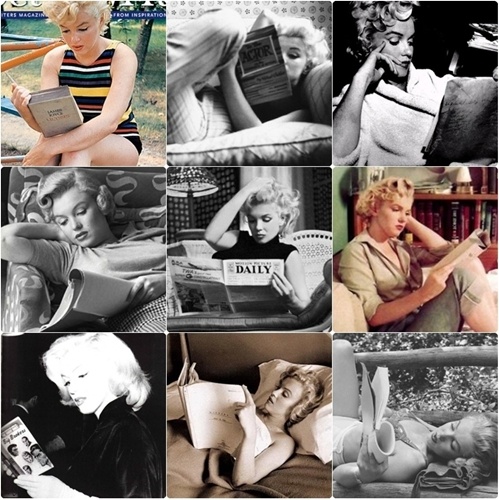 (Marilyn Monroe was a big reader)

How could I get away with this? I was a programmer. I wrote one program at my job. And then my only job was to maintain it. But it never broke. So I would do whatever I wanted. This was my ideal job. I was never interested in career growth. For awhile I became obsessed with graphic novels. So I applied for an additional job at a comic book store but they rejected me. Then I would spend the afternoons in the library reading from this encyclopedia about contemporary literary criticism about whatever book I had just read. I usually wanted to have sex with any other girl in the library. Particularly if they had glasses. But I kept telling myself, “once I publish a novel I’ll be attractive to girls with glasses”.

In any case, here’s my recommended reading list for the summer. I divided it along the lines of the Daily Practice (physical, emotional, mental, and spiritual) plus a few other fun categories that I think are relevant.
First off, no list would be complete without my books and Claudia’s! With my three you get automatically for free by signing up for my email list.
21 Things Before Starting an Ashtanga Yoga Pracitice (Claudia)
FAQ ME (James)
40 Alternatives to College (James)
I Was Blind But Now I See (James)
—
Books about comedy or by comedians – laughter hits on every level: emotional, mental, physical, spiritual. Just like an egg is considered the perfect meal  because it has all the components of a good meal, laughter performs the same role in life.
Make ‘Em Laugh (Billy Crystal)
Mock Stars (Wenzel)
Happy Endings (Jim Norton)
The Bedwetter (Sarah Silverman)
Woody Allen Interviews
I Found This Funny (edited by Judd Apatow)
I’m Dying Up Here (William Knoedelseder)
700 Sundays (Billy Crystal)
Comic Insights (Franklyn Ajaye)
Seinlanguage (Jerry Seinfeld)
The Comedy Bible (judy carter)
The Funny Thing Is… (Ellen Degeneres) The Power of Now (Eckhart Tolle)

I AM That (Nisragadatta Maharaj)

Be As You Are (the teachings of Ramana Maharshi)

The Gospel of Jesus (Stephen Mitchell)

Change your Thoughts, Change your Life (Wayne Dyer – his interpretation of the Tao Te Ching)

Turning Your Mind Into An Alley (Sakyong Mipham)

The Places That Scare You (Pema Chodron)

Love Yourself Like Your Life Depends On It (Kamal Ravikant). You can also see my blog post recommending this book.

Some thoughts on the above selections:

C) A mixture from Judeo-Christian thought to Buddhism, Taoism, Yoga/Hinduism, Advaita Vedanta, and several of the books (probably all of them) combine all of the above

D) Stephen Mitchell’s “The Gospel of Jesus”, despite the title, is not the New Testament but his version of it where he picks through the books and tries to determine what the historical Jesus really said as opposed to some of his later interpreters. He also quotes Ramana Maharshi heavily in his interpretation of the historical Jesus’ words, which I thought were interesting. Advaita Vedanta mixed with Christianity. Mitchell is married to Bryon Katie who is a great speaker on spiritual topics. I encourage people to wikipedia her story.

F) Interestingly, one author above is suing another. So even spiritual people get litigious on occasion. Wayne Dyer’s notes on taoism are very compelling to read but he used Stephen Mitchell’s translation without acknowledging it. Nevertheless, the book is a valuable way to understand the Tao Te Ching. But an alternative is Stephen Mitchell’s own book on the Tao Te Ching.

Note, I did not include any of the BIG books: Buddha’s texts (the Pali Canon), the Tao Te Ching, the Bible, the Bhavagad Gita, the Koran, etc. The books mentioned are all written in the past 50 years, apply more to contemporary society, and reference and liberallly interpret the “big” books. I find the older books hard to read. They’ve been translated so many times but they still contain boring language. I prefer commentary on them to the actual.

Emotional
The Gifts of Imperfection (Brene Brown)
Losing Control, FInding Serenity (Daniel Miller)
The Guide to Rational Living (Albert Ellis)
Awakening the Giant Within (Tony Robbins)
The Art of Power (Thich Naht Hanh)
Lines 1:31 – 1:39 of the Yoga Sutras
Authentic Happiness (Martin Seligman)
The Way of The Wizard (Deepak Chopra)
A Return to Love (Marianne Williamson)
MENTAL- for this category I like books that A) give me ideas of things to write about and B) I feel like I’m smarter after I read the book
The Playful Brain (Richard Restak)
The Science of Getting Rich (Wallace Wattles)
Steal Like An Artist (Austin Mclean)
The Rational Optimist (Matt Ridley)
CHESS (Laszlo Polgar)
Evil Plans (Hugh Mcleod)
Freakonomics
Outliers (Malcolm Gladwell)
I Will Teach You To Be Rich (Ramit Sethi)
The Education of Millionaires (Michael Ellsberg)
Fooling Houdini (Alex Stone)
Any book from the fiction list (see below) 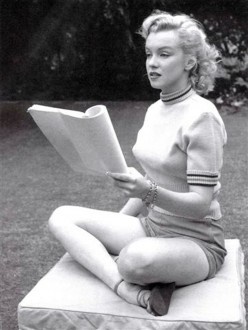 Fiction – fiction lights my mind on fire. Non-fiction writers, because they devote their lives to non-fiction purposes, are often not the best writers. The people below ARE the best writers. My gratitude towards them knows no bounds. Some of them I’ve recommended already but I re-read these books all the time. The first book on the list, a book of short stories, I’ve read over 100 times and probably open it at least once a week…for the past 20 years.

Jesus’ Son (Denis Johnson)
Post Office (Bukowski)
Factotum (Bukowsky)
Ham on Rye (Bukowski) (see also, “6 things I learned from Charles Bukowski“)
Slaughterhouse Five (Vonnegut)
Steps (Jerzy Kosinski)
Collected Stories of Amy Hempel
No One Belongs Here More Than You (Miranda July)
Venus Drive (Sam Lipsyte)
The Night Circus (Erin Morgenstern)
House of Prayer No 2 (Mark Richard) (written in the second person and was inspiration for this post).
A Million Little Pieces (James Frey) (much criticized for being autobiographical fiction instead of autobiography but I think that’s why I love it)
Journey To The End of the Night (Celine) 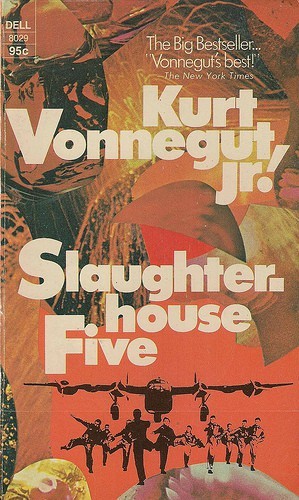 If I could read, write, and talk about these guys all day long (from each of the above lists) I would be truly blessed. I love words, I love what they say, I love their backgrounds and their philosophies from Bukowski to Ramana Maharshi to Matt Ridley. It’s these works that have formed the backbone of how I live my life now, how I’ve been able to bounce back from misery, how I developed my own version of the Daily Practice, derived from the slightly more esoteric practices mentioned above. Everything. Just Everything. If you have any more books you’d like to recommend, please recommend in the comments. I NEED more books. I’m hungry.

and on my email list I will recommend more suggestions throughout the summer.