The Last Time I Made a New Year’s Resolution 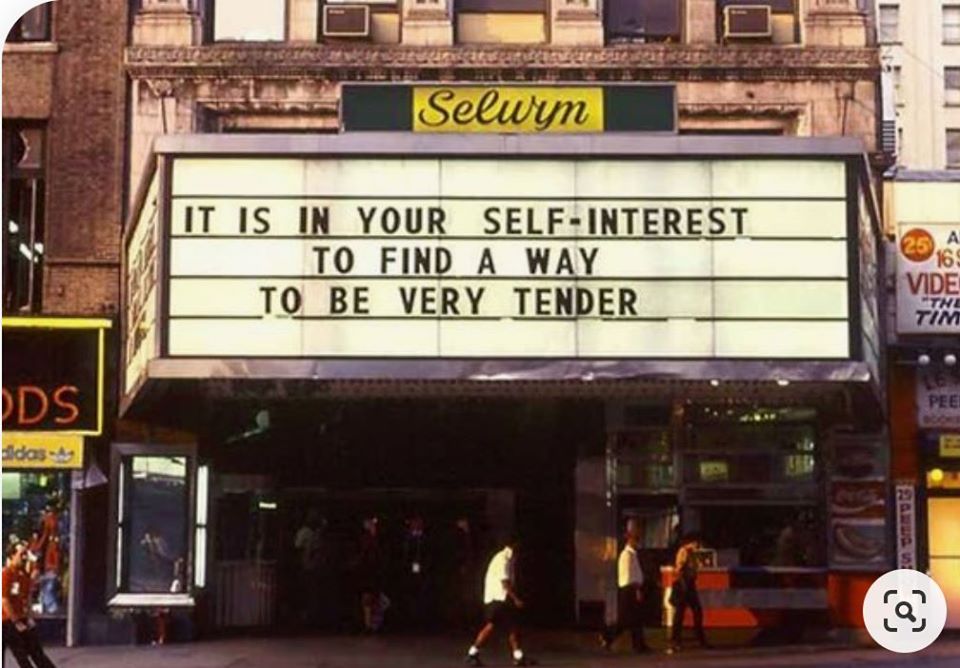 New Year’s Eve, 1994, I was completely lost. I was about to be fired. My girlfriend had broken up with me. I couldn’t get out of bed in the morning without pretending to be a human.

I was 26 and I felt like I was faking being a real person who could smile and talk and connect.

My job (HBO) was close to firing me because I hadn’t done anything there yet, and I owed some $70,000 for my education. I thought every day I would die and I was kind of OK with it.

I was playing chess at the Village Chess Shop on Thompson St. New Year’s Eve.

A girl who I thought was very pretty came in and sat to watch my game. She drew my picture on a napkin. “Five dollars,” she said to me, “and I’ll sell you this picture.”

I gave her the $5 simply because nobody had ever drawn a picture of me before.

She signed it Elena Van Gogh. “I’m descended from Vincent Van Gogh,” she said, and then she left.

The guy I was playing chess with laughed. “That girl is crazy!” he said.

Nine years later I ran into him on the street on the other side of town. “We played chess on New Year’s Eve, 1994.”

“How the hell do you remember that?” he said, “I can’t even remember what I had for breakfast this morning.”

Later that night, New Year’s Eve, 1994, I was walking toward the Lower East Side.

Elias, my roommate (and I mean ROOMmate — the place was about 8×8) had a “friend” over. I couldn’t go home for awhile. So I was just walking.

I saw Elena crossing the street. “Hey,” I said.

That was my New Year’s resolution. To do things different. Every day. Do different. DO. DIFFERENT. I thought maybe 1995 would be THE YEAR.

The year for what? The year of magic!

The first thing she wanted to do was get some crack.

I waited in the cab while she went in. The cabdriver turned around to take a closer look at me. “Just don’t f*** her,” he said.

She ran out and slammed the car door. “GO ASSHOLE!” she yelled at the cab driver. We were driving toward the Soho Motel, as far east on Grand Avenue that you can possibly go.

On the FDR drive she yelled, “That guy just looked at me.” She crouched low into the back seat. She pointed to the car next to us. “Those guys are killers.”

That’s why America is great.

We get up to the room. DO. DIFFERENT.

“F****!” she said when she opened up the paper bag and pulled out this white nugget and a pipe. “I can’t do this without heroin also.” She turned on the TV.

“You have to get out for a second!” she screamed at me. “My brother is on the TV screen and he’s crazy! Get out! Walk up and down the hallway. Just GET OUT! COME BACK IN 10 MINUTES!”

I walked outside the room and up and down the hallway, like I was told. I had only recently moved to NYC. I didn’t know all the rules. I wanted to learn.

Other people in the hallway were mumbling and looking at me. This sucks, I thought.

I saw a staircase. Went downstairs and walked out of the building. I took a cab back to where I lived. Elias was there by himself.

When I told him what had happened he sniffed my breath. Like maybe he thought I had crack breath or something. Now he’s a fisherman in Rhode Island.

It was so cold. In Port Authority at 7 a.m., old men were lying randomly on the floor like they were bullets that missed the target at a firing range.

I took the bus to New Jersey and my dad picked me up at the stop.

He shook my hand like we were in business together and had just concluded a very successful deal. “Hello,” he said. He was always so awkward. Like I am now. “Hello.”

I had dinner with my parents. “This next year is going to be a great year for you,” my mom said to me.

And she was right.