The One Cure For All Envy and Jealousy 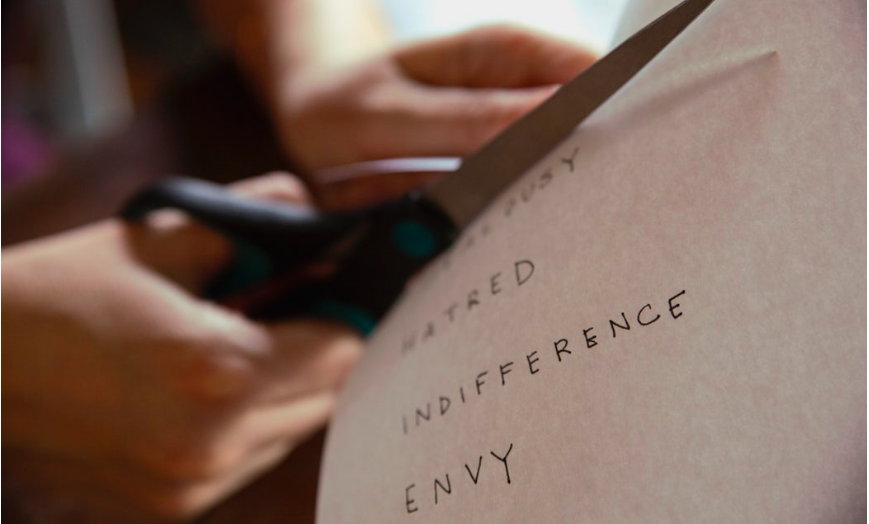 I told him I would steal it. That idea is so good, I said, I think I want to steal it from you.

He said, Don’t worry. You can take it.

Which means, of course, that I’m going to give him full credit.

Ryan Holiday, author of the upcoming “Ego is the Enemy,” and I were having dinner. He asked me, “Are you ever envious of anyone?”

And I said, “Yes.” I feel like I’m envious of aspects of many people.

I know this is not a good way to be. In general, I tell myself, focus on right now. Appreciate the good things happening this second. Be healthy in spirit and in body.

Bad things happen all the time. Sometimes I’ll on the phone with someone and they will tell me a bad thing that happened and I will feel bad for them.

Or last week, I had some business issues that I felt bad about and had to work through them rather than spend the time writing

And sometimes much worse things happen. Like, a 5 year marriage can end for reasons that still can’t be understood. Or someone you completely trusted can steal from you and you will never understand why.

“Why did she do this?” I asked, with tears in my eyes, to a friend of mine.

“You will never know the answer why,” my friend said.

Don’t ask why. Which is why I try to only ask about “now.” What is good right now? The flowers of tomorrow can only bloom if you plant the seeds today. Regretting not planting them in the past will make nothing grow.

Here’s what you do, Ryan said. If you are envious of someone, you can’t just pick one or two things about them. Because it’s their entire history that has got them the one thing you are envious about.

So, he said, picture that you can change places in every way with them. But then it’s forever.

He said: Would you do it?

While he asked that, the hostess of the restaurant came up to us, She looked at me and asked, are you on TV?

You’re Ted Mosby, right? From the show ‘How I Met Your Mother.’

No, I said, but I’ll take it as a compliment.

She kept staring and then walked away.

Let me think, I said to Ryan. What about X, would you change places with him? – And I named someone we both admired.

Who else do you admire? he asked.

I had to think for a long time. There’s a lot of people I admire but which among them do I envy.

I named some more people I envied but for each one, he named some attributes that I would definitely not want to have for myself if I switched places for that person.

I guess you’re right, I said. I’m happy being me. Otherwise I wouldn’t be having such a fun dinner right now with you!

We talked about his next book. The book takes him completely away from the business world, which I think is smart for him. Business authors: don’t be boring and just write about business! Business is only a small part of life.

Don’t even tell anyone I’m doing another book, he said.

Then we left. As we were leaving, the hostess kept smiling at me, I know you are Ted Mosby.

And yet despite her smile, I wouldn’t switch places with him either.