The One Habit That Keeps 99% Of People From Getting Rich 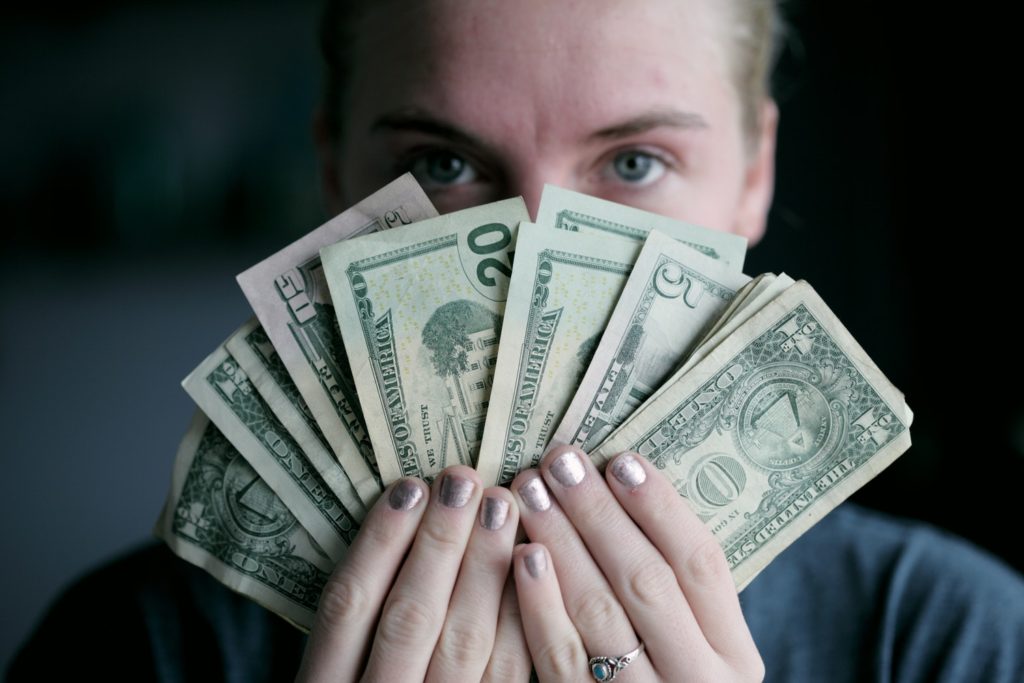 I said “Yes” to speak at a conference a few months ago.

And then… I ghosted them. I didn’t show up. I didn’t tell them I wasn’t going to show up.

I thought I wanted to go. But what I really wanted was to be asked.

I wrote to them at first, “How come you aren’t asking me this year? I’ll speak about whatever you want.”

So the main guy wrote back, “Great! We thought you didn’t want to come. Be the keynote speaker. Speak about whatever you want!”

As it got closer, I regretted saying yes. But I was afraid to tell them. I didn’t know what to do.

They kept writing me and I didn’t write back.

“Tomorrow”, I kept telling myself. Tomorrow I will figure it out.

I was afraid to say “No”. To disappoint.

I’m the author of the WSJ Bestseller, “The Power of No!” Buy it for all of your friends.

I’m a horrible human being.

I was a freshman in college and going into my dorm when some guy I didn’t know yelled out his window, “I just had sex!”

It was wintry and snowy and cold and I was only angry at everyone.

I was lonely, I had few friends, no girlfriend, and I missed my family.

I wanted to go home and I was practically failing all of my classes.

Years later (I was a computer science major) at my first job, I even had to take remedial courses in Computer Science (although I had been an all-A student at CS and even went to graduate school for it) because college had taught me no real world skills.

I wish I had said “No” to college.

I said “No” to speak at a conference the other day.

This is a big deal for me. Because I wanted to be asked to speak at the conference.

Some part of me was egotistical enough to think, “I better be asked to speak at this conference!”

And they did! The conference is in March. I had spoken there in prior years. Why weren’t they asking me back?

But they did. And I was happy. They asked me. They CHOSE ME!

My ideal day is: sitting at home, reading, writing, a few phone calls with friends (who are often business colleagues), writing my ideas down, and maybe performing comedy so I can improve.

Or maybe playing chess or cards so I can improve (playing in a poker game with President Clinton next week).

I watch TV and love it. I encouraged my kids to watch TV when they were little.

Why not be exposed to 30,000 stories so you can learn from them and have “safe” ways to experience high stakes situations without having to live them?

So after I was asked to speak at this conference, I had a problem.

I don’t want to “ghost” conferences anymore. Like I did with my friends above.

I don’t want to do that anymore.

So I should never have wanted to be asked in the first place. But they asked and at first I said “Yes” and then the next day I said “No”.

THE ULTIMATE CHEAT SHEET FOR SAYING NO:

And, by the way, I wrote the world famous WSJ and USA Today bestseller “The Power of No” because I’m supposed to be such an expert on “No”.

This is such a crock of BS. I am the WORST at saying “No”.

How did I get that book deal? The publisher called me and said, “We will let you write any book you want.”

So I went on a journey. How to say no.

THE THREE STEP GUIDE FOR SAYING NO:

INTRO: When you can check these three boxes below, you will be able to say “NO” knowing that you are really saying “YES” to other opportunities in life.

You are saying “YES” to yourself.

“YES” to the sacredness of a single day on this earth we are lucky enough to live on.

“YES” to opportunities you didn’t know existed until you said “NO” to the things that will waste you away.

SAY YES TO ALL THREE OF THESE. ELSE THE ANSWER IS NO!

Does saying “yes” add to your connections with people you love and want to support and who love and support you?

It’s easy to rationalize this as a “yes”. I love the friend who asked me to speak, for instance. But she would survive without me.

And I’d make new friends I’m sure. But it’s maybe one conference in 100 where I actually made a new friend.

And, in the time it takes me to prepare, travel, to a new place, I can be working on my already strong connections here.

Does saying “yes” improve me at a skill?

For instance, perhaps 15 years ago, agreeing to speak would allow me to improve my public speaking skills. Now, I know I can practice these skills close to home so I don’t need to travel for it.

Heck, I’ve even tried public speaking on the NYC Subway, in the worst possible conditions, just to improve. I’d rather do that than travel 2,000 miles to speak for 45 minutes.

Will speaking at this conference allow me to increase the number of decisions I MAKE for myself each day instead of someone else making for me?

This will rarely be the case unless I am making A LOT of money from speaking or greatly increasing my business connections, which is unlikely.

I’ve said “Yes” to quite a bit of speaking.

Talks at Google for instance, which satisfied all of the above.

TEDxSanDiego, which satisfied all of the above. Talks at Amazon, LinkedIn, Adobe, other conferences being held by my good friends. 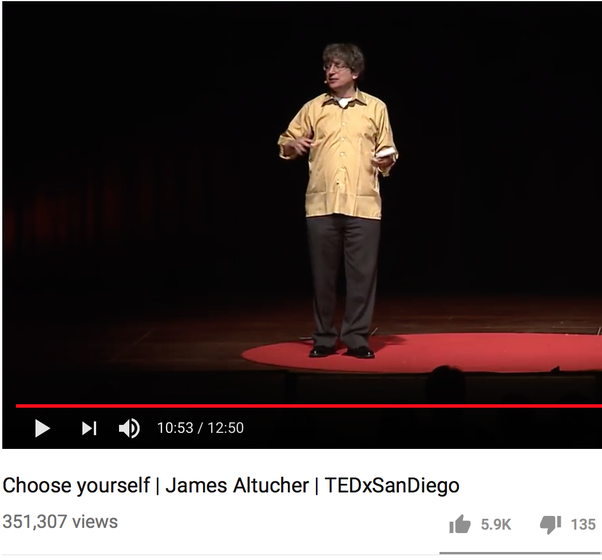 And today’s “No” I had to deliver to a good friend. But I know her audience is not one that I am interested in or would add to my:

Particularly adding in the fact that 2,000 miles of travel makes me skip writing, podcasting, business for 3 or 4 days (reducing my future freedom and my other obligations to mastery and connection).

And finally, a quote I’ve long stolen from my friend Derek Sivers but now I’m giving him full credit: