The ONE Rule I Live My Life By 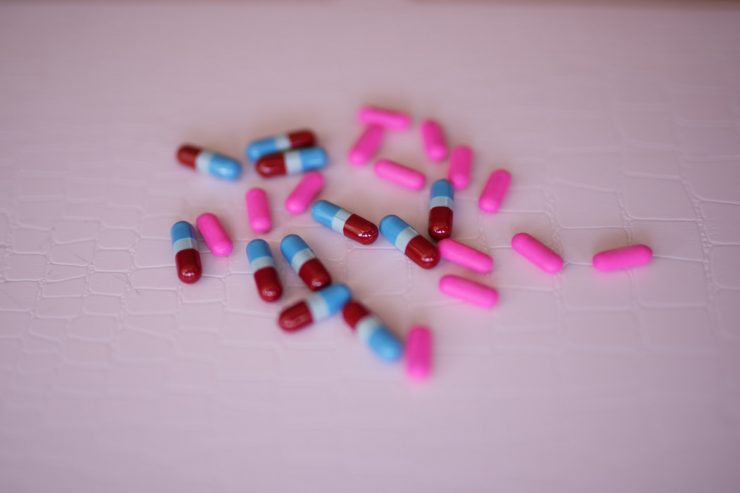 One time so many people were angry at me I posted my phone number on Twitter at 1 in the morning on a Saturday and said, “If someone really has a problem with me, call me!”

I was so upset. How stupid to be so upset at 1 in the morning on a Saturday.

Most of the time I would pick up the phone and say “Hello” and they would just say, “Uhh…I didn’t think you would answer.” And then we’d talk and they’d never really have a problem with me.

The internet makes people angry. People should meet face to face and shake hands and smile.

Another time I wrote an article that was about 10 things I was being honest about.

One or two of the things were about things that happened 20 years earlier.

I was 16. I had a car accident, for instance, and then my lawyer encouraged me to lie about it in court.

Someone for Reuters wrote an article saying I was a white collar criminal for perjuring in court 20 years earlier when I was a teenager.

The head of U.S. news for Reuters made up a rap song about me and put it in the comments and everyone started commenting how much they hated me.

I saw her at a conference many years later and she said what a fan she was of my writing. I shook her hand.

Another time I wrote an article where I was teaching my then 11-year-old daughter the importance of saying “please” and “thank you”.

It was her birthday and because of please and thank you I was able to take her to a fashion show we didn’t have an invitation to and I took her to a ping pong club even though it was closed down for the evening. Bank of America was having a party there and had rented the place.

But the bankers were all getting drunk and not playing ping pong so we said “Please” and played for an hour.

Someone wrote an article saying I was able to do this because I had “white male privilege.” Maybe she was right.

She wrote that everyone should pretend I wrote the words “….because I’m white” at the end of each sentence. She wrote that people should hate me.

A lot of people wrote me angry letters. I got several death threats and a lot of threats of violence.

The girl who wrote the article about me got 500,000 views for her article and then never wrote again.

I don’t want my 19-year-old daughter to go to war and kill other 19-year-olds.

So I wrote an article against war. I titled it “Name me a Single War that was Justified.”

I’m not a historian. I don’t really know anything about wars.

But I don’t want my daughters to go to a war. I would go to war in their place if there was a war and that was allowed.

I put the article on a yoga website, figuring that everyone there would be peace-oriented and agree with me. I honestly don’t like to be contrarian. I want people to like me.

I got hundreds of comments threatening me that I wasn’t a patriot and that they would do horrible things to me if they ever ran into me “in a bar”.

The United States has been around 200 years out of the 200,000 years that humans have been around.

I’m not even sure humans are so great, let alone the United States (look at U.S. history as an example of slavery, mass violence, cruelty, inequality, etc. Although I’m grateful I live here and not somewhere far worse).

I lost friends over this article. One of my best friends said, “I can never speak to you again.”

People said to me, “Then he wasn’t your friend to begin with.”

I had an opinion about cryptocurrencies. I thought 99% of them were scams and said so on TV. (Which makes it true!)

Then I hired people and created a course about cryptocurrencies for free. It cost me a lot of money.

Then I started a newsletter about cryptocurrencies to get people out of the scams and explain my beliefs why they will be great in the future.

We live in an attention-glutted economy.

If I had just made ads saying, “I’m a nice guy, here’s my course”, nobody would’ve responded.

So I used the tactics of advertising and marketing and because people knew my product would be good, the ads worked. It became one of the biggest internet campaigns ever.

Over three billion impressions of my ads were seen. This is because my product had value so we kept advertising it.

One person asked me, “Were you manipulating the price of Amazon’s stock?”

I said to her, “Can you just repeat to me, ‘it is ridiculous for any one person to manipulate Amazon’s stock price’?”

I was silent until she repeated it. Then she wrote in her article that I was manipulating Amazon’s stock price.

And I also lost friends. People I really looked up to and trusted. Other people who I had once hired. Even relatives.

Were they rational? I don’t know. But I was sad. And then one Saturday at 1 in the morning I got fed up and posted my phone number.

You would think the lesson is: don’t care so much about what people think!

Or… don’t dwell so much on what people think.

I guess over time I no longer care much about the older experiences. There’s been more like this.

Somehow I polarize people. Some people like what I have to say and others angrily hate me.

But the lesson is not: don’t care what people think.

I can say this: most people like what I write. I’ve sold millions of copies of books. And I get many nice letters (handwritten letters) and emails.

I’m really grateful for that.

I get sad when people hate me. I can’t help it. It’s stupid. Everyone says, “Ignore them.”

I try to. I bought a book, “The Courage to be Disliked”. I haven’t started reading it but my friends say it’s good.

But here’s the real lesson that’s made my life better:

Have a vision that’s unique and then repeat it over and over.

To have a unique vision you need to read a lot and think a lot and write a lot and study and talk to people who are smarter than you.

Then take what you’ve learned, make it uniquely yours, and say it out loud. As loud as you can if you believe it.

You say your vision not because you want to educate people but because it takes you to the place that is least crowded.

Success is at the place that is least crowded.

Friends, readers, opportunity, is at the place that is least crowded.

And back there in the comfort zone you left behind are the haters (and people who want to get out of their own comfort zones but aren’t sure how. Or feel they need permission).

So the tip is: always go to the place that is least crowded.

But this is where you find everything you were looking for.