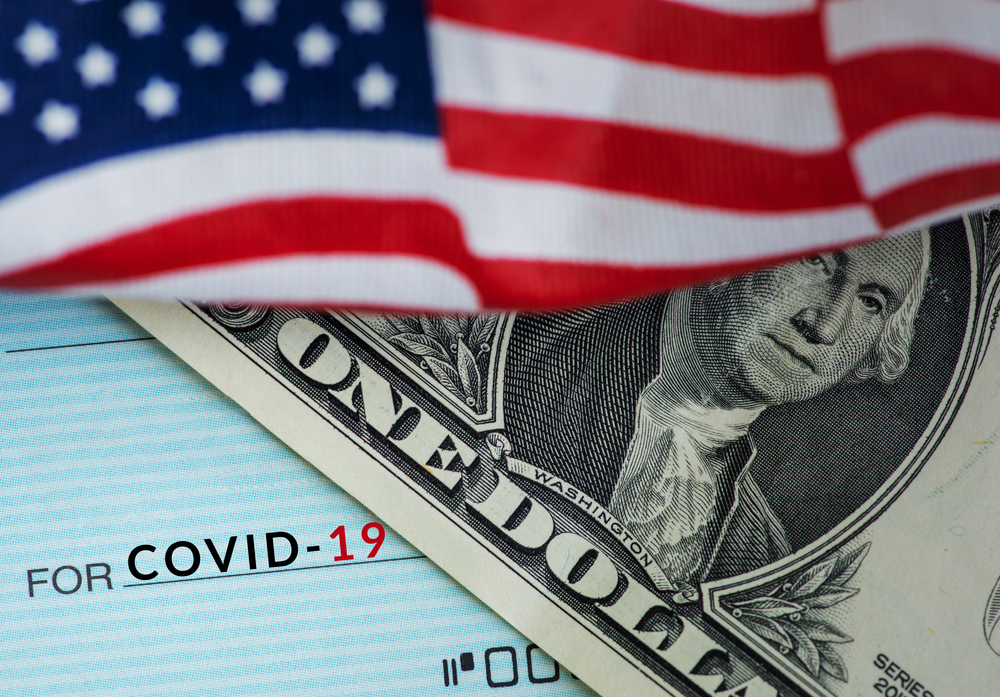 Listen. We only have one more chance to get the economy working again.

The last stimulus package and the one being proposed right now both seem to have decent intentions but both are missing the target. And they are missing it for stupid, partisan reasons.

Here is the issue: This quarter, the economy will spend about $2–3 TRILLION less than was expected. GDP is normally about $5 trillion a quarter and will be about $2 trillion less this quarter (because of little to no consumer spending and all the ways that affects other businesses).

Normally, that would be the WORST RECESSION IN HISTORY, as the headlines might say, or it might even be a depression. But “this time it’s different” is finally true because this is the first time in history the government has ordered us to stay at home and not work.

Knowing why the stimulus was structured in such a way and understanding how it needs to be structured is incredibly useful for figuring out, “What’s next?” and, “Are we OK?” Two questions we don’t currently know the answer to.

Here’s the problem: If $2 trillion is missing from the economy in a quarter because the government forced the economy into a mini-depression, then this is perhaps the one time a stimulus program is called for. People need their money back. The economy needs to get back on track.

I know mom-and-pop businesses on Main Street that worked hard for 30 years and now have seen their businesses, their employees, their families, in massive trouble — if not ruined in some cases. Yes, people should plan for the worst, but not everyone does.

The last stimulus was $2.2 trillion because that’s how much economists estimated the economy needed, dollar for dollar, to replace the money that was lost.

But that is not going to happen.

$220 billion was sent out directly to consumers in the form of stimulus checks. And several hundred billion is being used for unemployment insurance directly to workers.

This is the only good news.

Another $450 billion, approximately, was sent in PPP loans to small businesses that are supposed to use it to rehire people.

The rest was sent to large corporations, states, being used as emergency loans, etc.

The money going into the PPP loans WILL NOT be seen in the economy this quarter, if ever.

This money is sitting in the bank accounts of millions of small businesses and may never be used or spent. The economy has to reopen, the employees have to be rehired, the money has  to be spent. But all of these things are unclear.

And all the money going in the form of loans to large corporations… Who knows how or when that is being spent? A lot of it might be spent on paying back the debts of these companies.

In other words, it provides some good but doesn’t succeed in the GOAL of the stimulus: to simply replace the money taken out of the economy.

And this would have been fine… if the lockdown had ended in early April and we had gotten back to work.

But with the average American having (pre-pandemic) $400 in savings and the average small business living month to month, this stimulus package has run out and most of the money has not been spent.

Good intentions, but the economy will not benefit this quarter, or maybe even this year from most of it.

Which is why they are now working on a new stimulus. And this one is important. Because there are only so many bullets in this gun.

THE ONLY WAY TO GET MONEY BACK INTO THE ECONOMY IS TO SPEND IT!

The consumer accounts for 70% of GDP spending. And the other 30%? That’s to build the things the consumer needs.

So why are they proposing $1 TRILLION FOR STATES?

If you are worried about the states, do it later.

Make a clean bill that helps the people that need it. 30 million unemployed. Another 30 million suffering. Huge rises in domestic abuse, child abuse, mental health issues, collateral fatalities from the shutdown in healthcare.

This is the time for consumers.

You want to spend $3 trillion? And you want to get it into the economy so it matches the amount the shutdown has cost the economy? (Again, not debating the merits of the lockdown — just moving forward), you HAVE to give the money directly to the exact people who spend it: the people.

All $3 trillion should go directly to consumers. Not a one-time payment of $1,200. Did that last?

I volunteer at a food bank at a nearby church. Guess what? The line for food is longer than ever. And it’s not homeless people on the line. It’s everyone.

That’s it. That’s what the next stimulus should be. Why only $2 trillion? Because this is not a gift. This is to replace the money lost. This will do it.

HOW CAN WE AFFORD IT?

We can borrow it. And before you panic, it’s not a big deal.

A lot of people think if you have $100 and print another $100, then the value of the dollar just got cut in half!

Not true. VALUE is a function of both SUPPLY… AND DEMAND. So if we increase supply but demand is not there, then inflation will result. BUT, the demand is huge for the U.S. dollar. Where else are wealthy Chinese (and there are more billionaires in China than the U.S.) going to put their money? The euro? No. The yuan? No. Where?

This is why the U.S., even in great times, doesn’t have inflation. The demand for the dollar is DEFLATIONARY.

But since there is massive deflation right now because of zero spending, we NEED INFLATION. It won’t be hyperinflation (which mostly occurs when a country’s debt is in a different currency, e.g. Germany in the 1920s, Argentina in the 1980s, etc.).

WHAT ABOUT TESTING AND TRACING?

Fine, add to the stimulus with money needed for testing and tracing, although I think this needs to be thought out carefully as to policy. It’s not as easy as people think.

BUT WE CAN’T REOPEN!

This article is not about that. If tens of millions of people are suffering, then, as a government, as a society, we need to figure out a solution.

Again, that’s a different problem than getting the economy back. What good does it do society if you can pay your back rent but can’t afford food next month?

WHAT ABOUT THE STATES?

What about them? It’s time for everyone to just be rational and calm and SOLUTION-ORIENTED. State by state, let’s solve problems.

It also owns a public university system (the SUNY system) to subsidize student tuitions. This is a good intention. But it’s costing the state money it can’t afford.

And at a time when online schools are better than ever at teaching hardcore skills that are useful on the job for much cheaper… why spend $150k when you can spend $10k to learn a new skill that can get you hired?

The evils of college or “college: good or bad” is another topic.

But when I looked at the balance sheet of the SUNY system I see:

Again, perhaps a topic for another article but I can easily see selling the entire SUNY system for about $140 billion. Then… NY would have ZERO debt. No stimulus needed.

And guess what? NY wouldn’t have to lose money every year on an inefficiently run school system.

BUT WHAT IF THE SCHOOLS FALL APART?

So? Then the cheaper online alternatives will work and employers will value them more. That’s capitalism at work. I’d rather take a Masterclass.com course on cooking from Wolfgang Puck than whoever teaches cooking at SUNY X.

BUT… BUT… HOW WILL KIDS SOCIALIZE?

I don’t want to get into the pros and cons of college. But if you put a 19-year-old anywhere on the planet, trust me (as the father of five), they will socialize.

Only then, I truly believe, will we get back to something resembling normal.

ALSO, I’m starting off a new show, Not Your Morning Show, with my wife Robyn, analyzing the good, the bad, and the ugly in each day’s news and giving ideas for businesses, etc. Each day.

If you have any questions you’d like me to answer on that show tweet me @jaltucher #Morning.