Is There Opportunity in Uncertainty? Yes, There Is 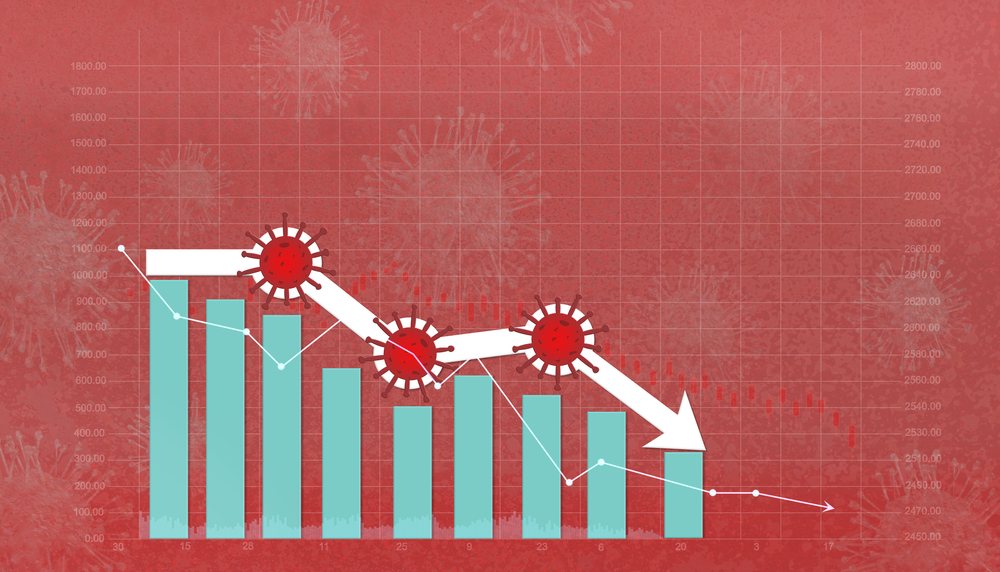 I’ve been afraid like this on three different occasions (and I’m sure this is true for many people): 9/11, the financial crisis, and now this coronavirus crisis.

These things happened in each crisis:

What makes this crisis a bit different, and worse, from a societal perspective is:

People can’t leave their house. They can’t talk to people. They are losing jobs because everyone is quarantined, etc.

For every event that is cancelled, every bar closed, every airport shutdown, hundreds or even thousands of people lose jobs. Some lose permanent jobs. Some lose gig jobs that they were counting on.

SXSW is a great example. A mega-conference that feeds the economy of Austin for the entire year. It occurs over a three- or four-week period in March.

There’s a site, Ilostmygig.com, that is tracking all of the gigs that were lost, and how much in income was lost by young, independent workers who had gigs lined up for SXSW. The dollars lost: $4,285,037.

For example, Leo Aguirre lost a freelance video gig where he was going to make $7,000.

What’s great is: each person who lost their gig posts their Venmo ID and it’s a great way to maybe contribute to society. If you are perhaps more fortunate in this time, you can pick a few random people, send $25 to each person, and help them make up the money they lost.

Again, the role of government is to help people who cannot help themselves for various reasons.

But the role of a community is to also help people and not just rely on a government to do it.

My guess is—just like we see a $4 million “slowdown” from SXSW being cancelled if you add it all up (I have not added it all up but have been researching each industry one at a time)—the actual impact to the economy will be around $100–200 billion.

Add to that a “money multiplier” (i.e., people who make money, then spend it on people who then spend it, etc.). Probably the entire impact on the economy will be a short-term hit of $400–500 billion.

That is an enormously painful amount. I’ve lost money. You’ve lost money. Many people very close to me have lost their livelihoods. We are feeling this in a way that makes us feel powerless and hopeless.

My friend, the self-help author Cheryl Richardson, wrote an article about her friend who was astonished to see two women fighting in the grocery store over a roll of toilet paper.

But Cheryl was not surprised. She wrote that when adults feel powerless, we often turn into children. We resort back to our primitive fight, flight, or freeze instincts.

This is what is happening.

We have become children, changing our view of the economy by $1 trillion up or down every day. This is ridiculous. But it’s because uncertainty makes us feel powerless, makes us make decisions out of fear rather than growth.

Every decision is either a fear decision or a growth decision. Each individual has to train themselves now to act from growth rather than act from fear.

First off, what are we uncertain about?

However, we are also CERTAIN about some things and we can’t forget that:

The stock market has lost over $10 TRILLION in value from its high on February 19. $10 TRILLION! Almost half of its dollar value (the dollar value different from the price of the various market indices because the biggest companies have fallen very hard).

I mentioned above that individuals and companies might take a $500 billion hit. Again, that’s just a guess. Heck, multiply it by 10. $5 trillion. I don’t think it’s anywhere near that.

But still, the U.S. stock market has lost $10 TRILLION or more.

This is too much.

Does this mean the market is a buy? Yes. If you buy the S&P 500 right now, it will most likely be a lot higher within the year or even within the next three to six months.

The Chinese stock market has already recovered to ALL-TIME HIGHS.

Does this mean YOU should buy? I don’t know. As long as it is crazy like this, it can go down more. Again, if you are a long-term investor, I’d wait until some of the uncertain items mentioned above are a little bit more certain.

Now is the time to start looking at opportunities. But be careful.

I was looking this morning at ENR—a REIT in the leisure recreation space (movie theaters, restaurants, etc.).

I don’t think it’s a buy. Maybe it will go straight up. But I think it will be a while before we know if people are willing to go back to restaurants (as a society) and movie theaters. Some will. But some never will again.

I mentioned oil last night as an industry to look at and I gave the reasons.

Let’s think of some other industries. Specifically, what industries were used in China to help them with the containment of this virus?

Assume the numbers are wrong. Assume they are lying. It’s still a fraction of 2 billion people and now the pandemic is OVER.

What tech did they use to help them? (Hat tip to my recent podcast guest Peter Diamandis for a recent letter he wrote):

These are just a few of the industries that are permanently impacted (in a positive way).

Time to start researching companies that can benefit.

These are not recommendations but I will tell you some of the companies I am starting to look at:

I’ll cover stocks and ideas like this every day.

I know I’m not doing an in-depth analysis of each of these stocks. They look interesting to me and we have time to buy stocks. No need to buy at the bottom. These companies will be opportunities for a while.

I am trying to just introduce a method of thinking rationally about what is happening.

Unless there is the permanent breakdown of society, we will move on from this. Most people don’t even have any idea that all pandemics come to an end.

Most people have not compared this pandemic with prior ones like the Spanish Flu, the Asian Flu of 1957, or the Hong Kong Flu of 1968, all of which resulted in many more deaths than we are even close to seeing now worldwide.

But it’s an opportunity for smart investors to look at:

Most importantly, remember that every single decision is one made out of FEAR or GROWTH.

The good thing is, you get to choose which category your decisions will be in.