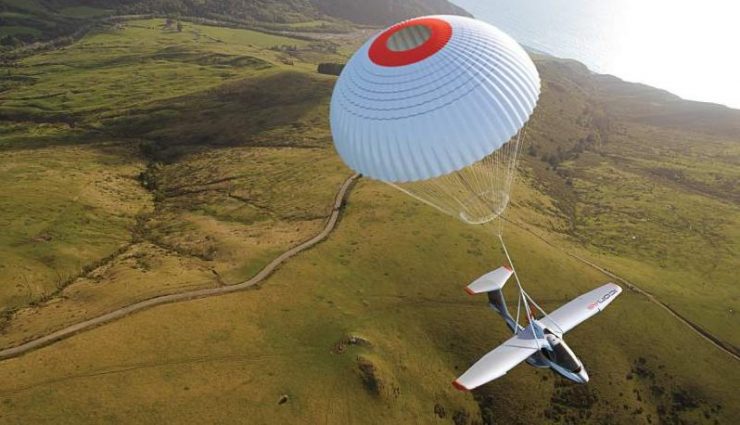 I saw a plane crash.

But I saw a plane crash right in front of me.

And 100s of people were incinerated that second in front of my eyes.

You might think: why hasn’t he written about this before? For an obvious reason I’ll explain in a second.

I saw a plane crash and afterwards I had nightmares.

For the first year I had nightmares almost every night. The nightmares would have two forms.

Either I’d see a plane crash in the nightmare (the obvious one). Or I would often have a nightmare that a tidal wave was coming over New York City and I’d try to run to escape but I could never run fast enough and I’d wake up in a panic.

I had this nightmare on average five times a week for the first year.

Then, it would be about once a week for the next four years. And then it finally started to die down.

For some reason, every time I moved into a new apartment I started having the nightmares again. I don’t know why.

When I moved into Airbnbs, I didn’t have the nightmares. I lived in Airbnbs for three years.

I think big changes that seemed permanent would trigger the nightmare for me.

Because when you sign a lease on an apartment you give up some control over your life. Airbnbs you have maximum control. I can leave whenever I want and I’m not responsible for any personal belongings.

I had never been afraid of planes before the plane crash. I never minded turbulence. I was never afraid to fly.

I guess it’s obvious, but once I saw a plane crash with my own two eyes I couldn’t handle even the slightest turbulence.

It was only a myth I told myself that I had even a slight amount of control over the events in my life.

I didn’t fly for about four years after I saw the crash but I was surprised at how scared I was when I eventually got on a plane again. .

The slightest air bump and I would be convinced we were crashing.

I would always want to cry on the plane. Or ask the stewardess of turbulence is normal. Or I’d turn on music super loud so my ears would hurt and distract me.

Then something happened that was wonderful.

I saw the TV show, “LOST“. It doesn’t matter if you’ve seen this show or not.

I was listening to Jerry Seinfeld on Norm McDonald’s podcast yesterday and he said something I never even remotely thought of before.

He said, “People like a show when they like the background. When they want to BE in that place.”

I never thought of that. I always thought people liked shows because of the stories, the characters, the humor, the drama, etc.

And I’m sure this is mostly true. But I never even considered that people like a show because the place the show happens.

But then I thought: “LOST“.

In LOST, the very first scene, a plane crashes on an island. The rest of the series is about how special that island is.

From the very first show to the finale (which many people hated but I didn’t), I wanted to be on that island. The island was mysterious and magical and beautiful.

And I wanted to be friends with Jack and Kate and Hurley, the main characters.

After that show, I stopped being afraid of flying.

Now when I fly, if there is turbulence, I close my eyes and pray.

I know this is not realistic.

But doing that actually made me feel BETTER when the turbulence got worse instead of more scared.

I look forward to turbulence the way someone buying a lottery ticket knows they are going to lose but is basically buying a few moments of daydreams: what if I win?

What if I land on “the island”?

Every turbulence in life can be viewed that way. Change can always turn into magic.

I’ve had so much turbulence in my life in the past 20 years. Like many people.

But now I mostly look forward to it. I know that every turbulent moment has the seeds of fortune sewn into it.

In the past three years I’ve had many changes. Most of my friends would say, “too many changes”.

Frightening changes. Crazy changes. Changes that should happen once every few years happen almost every month. Or every week.

But because I’ve ratcheted up my changes in every way, I increased the chances of magic.

And magic has happened.

But: why did I see a plane crash and why don’t I ever write about it?

It’s the obvious; I had breakfast at the World Trade Center on 9/11. I was walking home on Church Street at 8:45 am.

My business partner, Dan Kelly, turned towards me and said, “Is the President coming to town today?” Because there was this jet flying low (600 feet high) right at us, right down Church Street.

And then it passed right over us. Everyone sort of ducked because 600 feet is pretty low.

And then we watched it crash right into the World Trade Center.

Why have I never really written about it? Because a lot of people had it a lot worse and it’s not my story to tell.

But it did trigger nightmares and a fear of flying. The nightmares disappeared after about five or six years.

But with the fear of flying I learned something.

I had to ALWAYS lean into the worst case scenario. Crashing.

But that’s not how the world works. Life is hard.

We can’t control it. But people want to believe we can.

That’s why there’s all these BS books like “The Secret”. A false belief we can get tickets for a vacation just by wishing for them.

But if you do the opposite of those “control” or “law of attraction” books, that’s when a beautiful life can be born.

Often the true magic – the sweetness we are afraid to taste – are buried in the bitterness and horror of reality. This is where true faith happens.

And I’m a magician.