How to Find Your Passion, Your Unfair Advantage, and Make Money 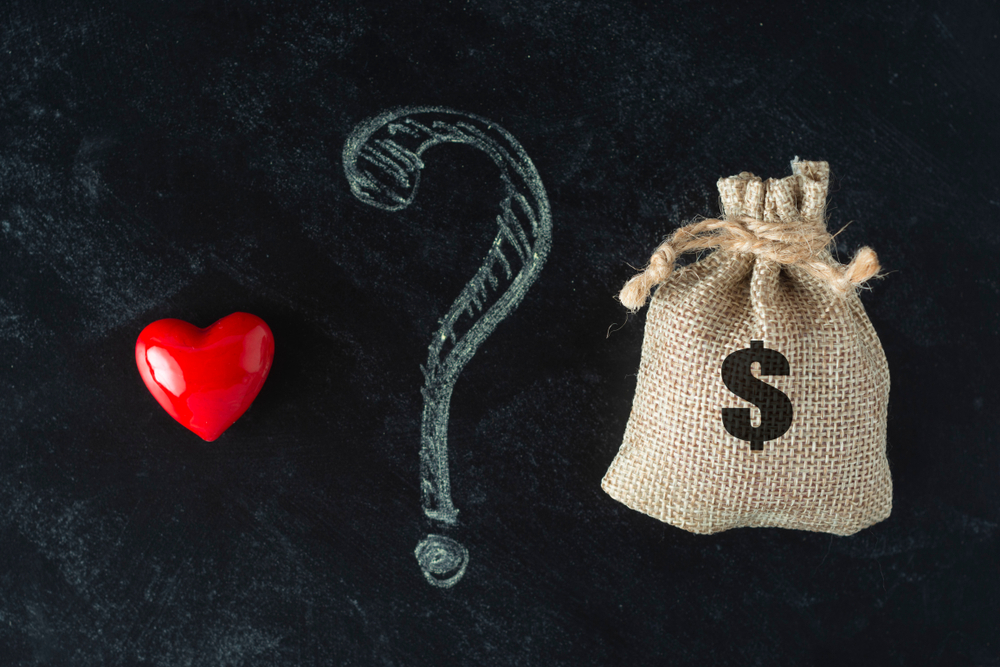 Dean had severe dyslexia and couldn’t read. Grew up in a trailer park. Got forgotten in school. People said he wouldn’t amount to anything. He didn’t go to college.

“I didn’t have any money,” he said. “But I loved fixing things. Building things. I wanted to follow my passion.”

First, I want to say, I spent 12 years of my life with no other goal than to MAKE MONEY. Those were the worst years of my life. I had fake friends, I was miserable. Every time I made money, I lost it.

I just hated my life. If I have any regret, it’s that I didn’t stick to what I loved. We only have one life. I honestly feel like I wasted 12 years of mine.

I kind of hate Dean right now also. Because he seemed to skip those 12 years.

“I knocked on a million doors, got a lot of rejections. I guess I learned how to handle rejection at an early age,” Dean said.

“Why were you knocking on doors? What were you asking for?”

“I was trying to find someone who’d sell me a house with no money down. It was ridiculous to most people, until I found Mary Lopresti.”

Mary sold Dean his first house. And he paid $0 for it.

“She was a great, old Italian lady. I befriended her and after a month of pasta dinners on Sunday at her house, I found out what she wanted. And we made a deal.”

“What did she want?”

“She wanted a little bit more money for the house than anyone was willing to pay. Because before her husband passed, he said, ‘This is the price. Don’t sell it for $1 cheaper.’”

“When I found out her price, I could structure a deal around it.”

He paid her $2,000 a month. She moved to Florida. Dean redid the place, got a mortgage on it and paid her in full.

“I was supposed to pay her off in five years. I paid her in a year and a half. She’s sent me a Christmas card every year since. And that was my first deal.”

All of the “smart” people passed on Mary Lopresti’s house.

She wanted too much. So they moved on.

“I was young and dumb,” Dean said. “But we all need to go back to that sometimes.

“But…” he said to me, “I get it that you don’t want to buy a home. Most homebuyers make a mistake. They put all their money in one investment without having an unfair advantage.

“To buy a house, find out the houses in probate. The ones where someone died and the kids live far away and will take any offer. Or if a couple is going through a divorce. Or tax trouble. All of this is public info.

“It’s amazing to me how people don’t try to get an unfair advantage. They buy at top dollar at the top of the market.

“You can only make money if you have an UNFAIR ADVANTAGE. Else, everyone would be doing it.”

What is an unfair advantage?

So Dean made money from real estate. NOW HE JUST TAUGHT ME HOW TO DO IT. And he’s taught many others. But I want to do it. I’m not passionate about real estate.

And just because Dean sort of changed my mind about buying real estate… that’s not the reason I hate him.

Dean told me something interesting.

“I know people in almost every industry who get this unfair advantage, no matter what they are interested in.

“So now I want to help others do it. Like I did it. Like so many people I know have done it.”

It reminds me of Matt Berry, an early podcast guest. He was a Hollywood screenwriter and hated it when he was told to rewrite Crocodile Dundee, Part III.

He quit. He got divorced. He lost everything.

And now he’s the only anchor in the world on fantasy sports for ESPN. When I walk with him in the street, many people stop him to say thanks. I’m jealous.

“I created a link for your listeners to check it out on the podcast,” he told me.

“Tell them to go to JamesKBB.com by February 26,” he said.

I’m forcing my daughters to do this.

Message to my daughters:

Go to http://JamesKBB.com (or listen to my podcast).

Go to JamesKbb.com to listen to Tony Robbins and Dean Graziosi talk about their “knowledge blueprint,” or listen to my podcast.

If you haven’t found your unfair advantage in your passion, you’re competing against someone else who has.