Pick Me For Vice-President. Here's Why: 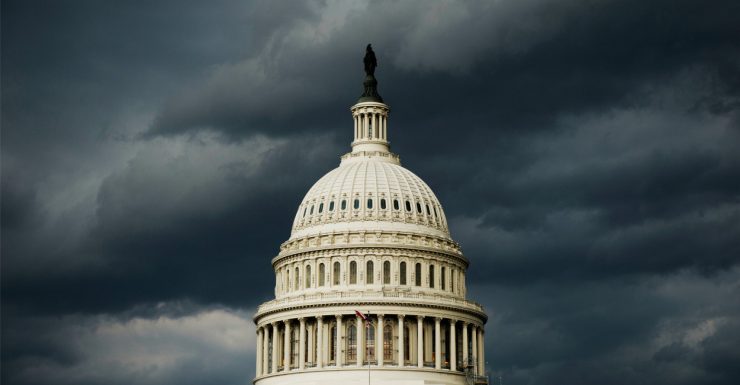 In 2014, I was going to run for Congress. My assumption was that the congressman in my district was weak and would lose. He still might.

A major presidential candidate at the time contacted me. He wanted to endorse me. I’ve since met him. I met his pollster. I met the man working for his pollster.

That man wanted me to pay him a lot of money to “get the ball rolling.” They had to poll the district to see who knew me.

In any case, I hired campaign people. I had issues. But I decided not to do it in the end.

I was watching “House of Cards.” It looked dangerous and I’m not ambitious enough.

Now that I’ve also watched the entire series of “Veep” I realize my lack of ambition is a good starting point to be a vice-president.

But, just in case, here’s my entire platform. And I’m not joking here.

Here’s the platform I would have in my back pocket just in case the President gets shot and killed and I move into the White House:

Force every state to sell their public colleges and highways and tunnels.

Why does the government need to own a college? It’s not like they are solving the student loan debt issue.

Student loan debt is getting higher every year and salaries for 22-35 year olds are getting less every year.

And highways? I don’t drive. Why should my taxes go towards a highway. Maybe it will be run more efficiently if run for a profit instead of paid for out of taxes.

And bridges and tunnels? We are at the bottom of the list in the developed world in terms of upkeep of bridges. You know what happens when a bridge collapses? People die.

In any case, this would solve all state debt. BAM!

US corporations are scared. Because they have $2.1 trillion in American dollars sitting in foreign banks that they’d like to take home. But they don’t want to be taxed. So they will leave those dollars there forever.

How would this solve the debt?

There’s something called the “dollar multiplier.”

And so on. Each dollar in the economy floats around about ten times.

So an extra $2 trillion in the economy could boost GDP an extra $20 trillion. Around the size of the US debt.

But who cares. Interest rates right now are at about 1% that we pay on our debt. We would refinance everything, like you do with a house when interest rates get low.

And then with all this extra money floating around the economy, just taxing it would be enough to make our trivial interest payments and also reduce debt each year. BAM!

We need Congress to vote on all sorts of BS issues. But if congressmen are NOT ALLOWED to leave their home districts, then how can lobbyists wine and dine 535 congressmen and senators?

So finally we’d have a congress that would vote their conscience (mostly) instead of the whims of lobbyists.

Just make Capitol Hill a tourist attraction. The entire point of Capitol Hill was that in the 1800s there was no way to communicate other than if everyone was in the same building.

Well, now we have something called the Internet.

D) All drugs are legal.

Just make all drugs legal. An entire industry of private FDAs would jump up to help us determine which drugs were good or not.

And it’s not like drug regulation has done us any good. A thousand or more APPROVED drugs are recalled by the FDA each year, invalidating millions of prescriptions.

And the 330,000 drug related prisoners cost the system $10,000,000,000 a year and that does not include drug-related murders, prostitution, and other criminal cases related to drug abuse.

It’s such a joke anyway. Cancer drugs are illegal. And the two drugs that cause the most cancers: alcohol and nicotine, are legal.

This would also solve most healthcare issues. If it doesn’t cost $2,000,000,000 to get a drug through the FDA then drugs will be cheaper.

The more complex a system, the harder it is to enforce it.

So let’s just do a flat tax of 10% (which should technically be no difference) and rewrite the entire tax code to be about ten pages long (uhh, “10% on all cash profits. 10% on all income”).

Everyone ranging from lower class to upper middle class would pay less in taxes. The super rich would pay more (they are the ones who bring the average down) and the US would raise more money.

You know what was great about the United States and why we grew so big? Is because it’s impossible to touch us. We’re far away from everywhere.

Admittedly, the world is getting closer.

But it just never seems fair for people in their 50’s to vote that kids who are 18 can go to a war they don’t understand.

I still don’t know what World War I was about. Or Vietnam really. Or Iraq. So it seems like we’re mostly wrong on these things.

But I know this is a touchy issue. People like to go to war. And what if someone attacks us, etc.

You have to be age 30 or above to go to war. Then we’ll be a lot more selective about our military actions.

OK, so as Vice-President, I have a plan to get rid of state debt, federal debt, boost the economy, solve healthcare, make people healthier, less taxes, no wars, better decisions by Congress.

What else? Why should Trump or Clinton choose me?

I’m really good at breaking ties, which is the only real job for a Vice-President. I get to break ties in the Senate.

I have two daughters. I have to break really emotional ties all the time.

So I’d be a good balance for the ticket. Oh, and I would be the first Vice-President to only live in Airbnbs. Which would be a fun reality show.

Nobody would be able to find me. I’d always be in an undisclosed location.

Oh, and if you liked this post, you’ll probably enjoy this one: Is Donald Trump a Socialist?