Plug All of Your Leaks Or You Will Die

I was playing poker in Las Vegas and the two professional players next to me were discussing their “leaks”.

“Women are my leaks”, one of them said. Meaning he’d make some money and then spend it on prostitutes. “My wife is back in Japan and I can’t help myself.”

[See: The year I did nothing but play poker]

“I probably drink too much,” the other said. “If I didn’t do that I’d probably make a million a year here.”

My worst leak was in 2002: spending an entire year panicking about money. Every day assuming I was going to go to zero and then what happens beyond zero.

So let’s add up the numbers again, shall we? And let’s pace some more at three in the morning. And let’s look at our little daughter and think that she’ll never really know her father.  Let’s google ways to kill oneself (is it true that leaving three cigarettes in a cup of water overnight and then drinking the water in the morning will do the trick?). In the morning then, too tired to think, too tired to play with my three year old who loved me, too tired to learn new skills, to enjoy a walk, to read a book. All I did was add. I was a human equation trying to divide my life by zero and never sleeping until there was an answer. 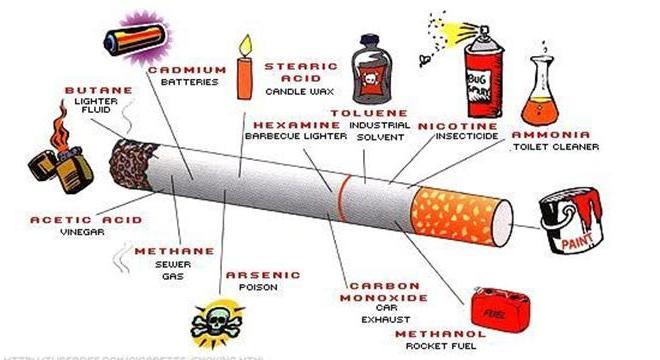 Leaks change. For the past 15 years, I’ve eaten only what I’ve killed and nothing else. Every year there’s a different set of leaks that tries to keep me from hunting. The body and mind are a tight machine. Energy flows through in a very precise manner. Any leaks and the energy seeps out of you, preventing you from the success a well-honed body, mind, soul will provide. A day doesn’t go by where the world doesn’t try to leech onto you and suck on your leaks and stab you in the heart to create new wounds to bleed.

I’m sorry if that sounds depressing. But it’s true. And it doesn’t have to be depressing. You can use it to your advantage. Everyone else is leaking. But you don’t have to.

Some leaks I’ve had:

–          Money. You need it. But you can’t think about it. I don’t care about the economy at all. Zero. Even in a recession there are just too many opportunities for the people who eat what they kill. But worry about the economy, about a dwindling bank account, about the fears that grip you when you see ZERO at the end of your tunnel – these fears will scratch out your eyes and you won’t be able to hunt. You will keep seeing the ZERO until there it is staring back at you in the mirror.

Your daily practice will be made out of fear and then the fear will turn into reality. You must be constantly flexible, creative, and jump from idea to idea to escape the fear that is chasing you down the maze.

–          Fear of failure. When I started Stockpickr.com I started 10 different websites simultaneously. Nine of them failed. And with Stockpickr I suddenly realized I had competition (socialpicks) that had started ahead of me. My outsourced developers in India had to cheer me up at three in the morning. It was probably the only really A+ thing they did for me. I’ll never outsource to India again but for that one night I’m grateful. I had to plug a thousand leaks during the reign of that business else I would not have survived and my family would’ve sunk with me.

–          Greed. One time I had $10 million in the bank. But I wanted $100 million. The worst leak you could have. There’s a kind of machine that you put a stroke victim in that then rotates the body in every direction. The idea is that it stimulates the brain neurons that die in a stroke. If I had that $10 million when I needed it maybe I could’ve helped my dad after his stroke. I regret this leak.

–          Sex. The right woman/man builds you, strengthens you, teaches you. If you pursue short-term gain, you might’ve missed the night you could’ve found your long-term strength. If you are consumed by the dating world, the dating world will consume you. Jealousy, games, paranoia, wondering, waiting, wishing. There’s no time and energy for anything else. Dating is a full-time job and its fine to approach it that way but don’t let it leak energy out of you.

–          Insomnia. In the “eat what you kill” world you’re in the jungle and Warren Buffett, Sergey Brin, Mark Cuban, and all of their buddies want to slit your throat. They want to eat your still pumping heart and they will laugh while doing it with blood all over their faces. If you aren’t focused and fully awake, you could die a horrible death. Sleep eight hours a night unless you’re the 1% of the population that can get by on less. If you can’t sleep, then medicate to force sleep.

–          For me: responding to negative comments. I’ve had the worst, hateful comments written about me on message boards all over the place. Sometimes I foolishly ignore the nice comments just so I have time to respond to comments written by people I wouldn’t even waste time spitting on their dead bodies and yet here I am responding to their comments for hours. This is a horrible leak. Staying up to two in the morning trying to convince anonymous ignorants that I’m not comparable to whatever monster they are comparing me to. What a horrible leak this is, drains my brain and body, gets me angry, makes me fantasize about their deaths, horrible horrible leak. Don’t let it happen.

–          News. Reading lies about Japan, or Iraq, or the IMF, or the economy will only hurt you. Everyone leaks. And in a recession or a bad economy more people are spewing their energy all over the place than ever. Their fear is draining them until they are empty containers of cardboard. So that means there is more opportunity for you than ever. Turn off the TV, shut down the newspaper, turn off the web, shut down the email lists that are trying to tell you how bad things are. They are bad, very bad, for those who are writing them – but they aren’t bad for you unless you get sucked into their vortex. DON’T WASTE TIME.

–          People. Everybody has problems. They weren’t loved enough as children. They aren’t loved enough now. They are scared of their own financial issues. It’s been a tough, tough decade for everyone. You either take that toughness and turn it into compassion, or you let that toughness take over you. You become the leak. The people around you every day, for the most part, have had the energy severely drained out of them. They are your worst leaks. You must keep contact at a minimum. You can be the source of strength, but only if you are on guard against the leeches that will sneak through your clothes and latch onto your body.

How do you plug the leaks?

B)      Build a practice. I’ve written plenty of times about the practice that works for me. Build a practice or follow the one that I’ve suggested. A practice needs four legs: Physical, Emotional, Mental, Spiritual. Ultimately the path to your own personal realization is inside of you. Everyone’s path is different. The religions of the world can be a guide or a map if you want them to be. But you have to build your own practice. And its called “practice” for a reason. The remaining 23 hours a day is when you put the practice to work. You put it to work via…

C)      Surrender. Build your practice, then surrender to it. Know that if you follow the practice then the leaks will get plugged. Only good things will happen. There’s a kind of meditation where you bow down 200 times in a row. Bow down in your mind to your own practice. If a leak pops up, if a worry pokes and prods, then pull yourself back into your practice and bow down again. Surrender completely in every way. Don’t waiver and you’ll find yourself flying from crest to crest. When you surrender, you give up everything, and you become a superhero.

Wow, is this a lecture? I only write it because I battle with my leaks every day. Despite all my talk of practice, I stayed up until 2 in the morning the other night responding to a horde of negative comments about me on some random message board. Why did I do it? It did nothing for me. It fed the six-legged furry animals that they don’t let out of the zoo. Tucker Max, author of “Assholes Finish First”,  once told me, 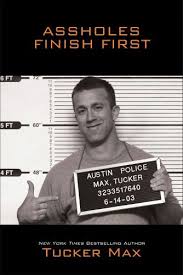 “I hate to sound like a weirdo Buddhist, but the only things that

people you love, and the meaningful things that you do. Haters don’t

fit anywhere into that. Don’t devote any mental space to them.”

Just five days ago, that leak tried to sink my boat. Now I’m going to go upstairs, do some yoga, write down some ideas, be with people I love, and surrender to every god that’s ever been kind to me.

List some of your leaks below in the comments.