The Power of Terror and How You Can Use It 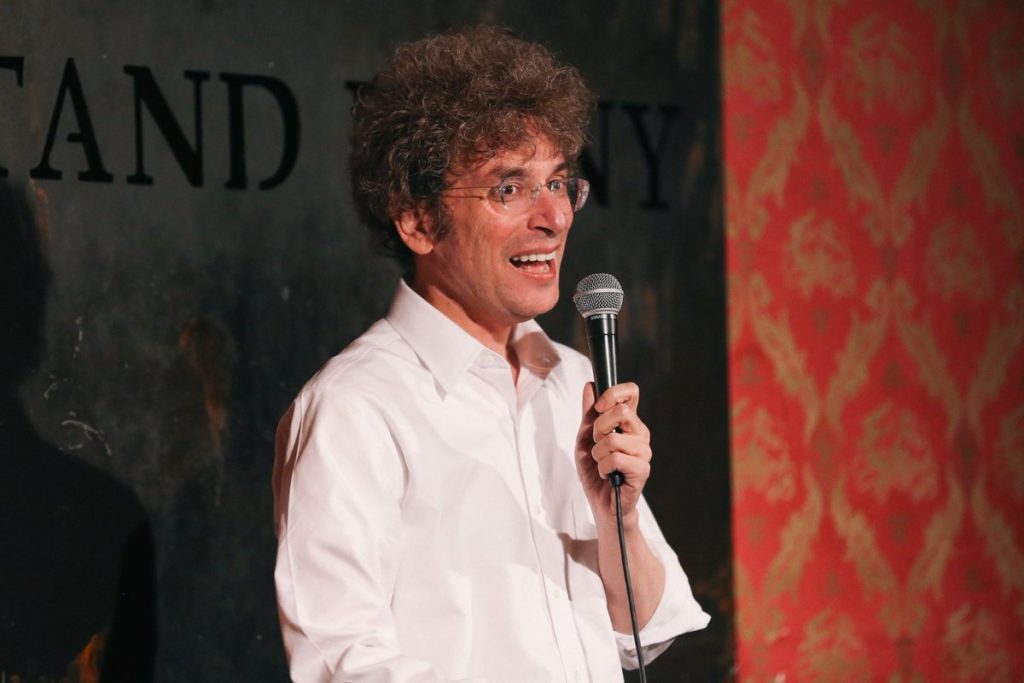 The woman stood up and shouted to me onstage, and to the audience, “OK, OK! Enough is enough! I am leaving.”

I was being heckled.

Nobody should do standup comedy. I don’t know why I torture myself. It’s the worst.

This particular incident was about two years ago. Maybe the first time I did standup was in 2014.

Dealing with a heckler is one skill among about 40 you have to learn.

But this is not about comedy.

Since starting to do standup:

One skill you develop is to look at any situation and notice what is wrong or ridiculous about it. There’s no B.S. Business has a lot of B.S. Business is FULL OF B.S.

But two years ago I was terrified to be heckled. I’m a people pleaser.

That particular evening I had made some jokes about abortion (“It’s OK for the first 27 months”).

I had made some jokes about my daughter being “slightly below average” (I’m sick of every parent who has to point out that their kid is “above average”).

And then I made a joke about Hitler.

Specifically, my daughter wanted to “find her passion.” And I started describing other people who wanted to find their passion.

His passion was to be an artist. A famous painter.

Then look what happened. He grew that “stupid, f***ing mustache and ruined it for the rest of us who maybe would’ve rocked that look.”

One thing saved me.

I had been horribly afraid of flying. PANIC!

Any turbulence and my brain would FLIP OUT!

I was going to die!

But I solved it.

Whenever turbulence starts on a plane, I close my eyes and I start to pray.

Not for safety. Not for a smooth ride.

I pray that the plane WILL CRASH. Will split in half that moment 30,000 feet in the air.

I pray that the crashed plane lands on the island from the TV show Lost.

I watched the series finale in 2009 with my friend Tim Sykes and our then-girlfriends. Everyone hated it.

You know that your country is doing well if the main news the next day is that everyone “lost their shit” over the Lost finale.

I LOVED the finale. I loved everything about the show.

I’ve watched the entire series three times. Hundreds of hours wasted. I’m fine with that. Because it completely cured me of my obsessive, irrational fear of flying.

When there’s turbulence, I pray for the plane to crash and that I will wake up on the sandy beach of the island from Lost. Just like the show started in the series premiere many years earlier.

Jack and Kate and Hurley will be my friends. I’ll have faith in the island.

I’ll experience the magic and mystery and adventure of the island.

This is now how I deal with terrifying situations when I am onstage. Or, more importantly, in business.

If I’m the one guy who INCREASES the terror on purpose, then I win.

And yes, “winning” is important.

93% of communication is non-verbal. The audience is an X-ray machine.

Only one person at a time in any situation can “control the frame.”

The person on the stage or members of the audience. If you lose the frame, you’ve lost.

Fear — or lack of confidence — of “trying new things” or being surprised will make you lose the frame.

In every argument between a married couple, it’s a battle to see who will control the frame.

Sherrod Small, a comedian, gave me the advice, “Adults don’t want to see other adults trying things.” Don’t look like you are trying.

The heckler was in the center of the room and got up. She was upset. “Enough is enough!” The room wasn’t crowded to begin with.

Everyone stopped laughing. She was ruining it for me. I should mention — she had a German accent.

I said, “So wait. A German is telling me, a Jew, that I can’t say something about Hitler. Didn’t we already deal with this in 1940?”

Some laughter. I was in control again. And that got enough of the frame back for me to survive for the next five minutes.

But I hated it.

And now I love it.