Pro-Choice Versus Pro-Life? My Private Answer. 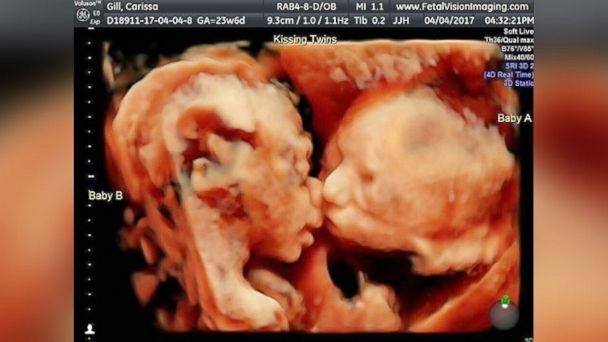 I was fully supportive (but very sad) when a girlfriend many years ago aborted a baby we would’ve had.

I am fervently pro-choice. I will never be otherwise.

She didn’t tell me she was doing it.

She told me she was pregnant. Told me she needed to be alone. She was crying and then hung up.

I tried calling, visiting, stalking, everything for three days. No answer or response.

“I want you to have the baby,” is last thing I said to her.

And then she contacted me and told me she had an abortion. She told me a month later she would’ve named a girl “Daisy” after my grandma. She was crying when she said it.

Inside I was devastated. But my job was to comfort her and I did. And six months later we broke up.

I am just as much pro-choice. If it’s possible to be more than I was then, then I am more.

Most people are “single issue” people. I will define that as: “if you don’t believe in my issue, you are not my friend.”

There’s a lot of reasons to not be friends with someone.

One time I had a friend who consistently would put me down. Or find reasons to be upset at me whenever something good was happening in my life.

This is what happens. “Honey, I got a great opportunity but I have to spend two weeks of every month shooting a movie in LA but I’ll be back as much as possible.”

Response: “Oh! And I have to be alone and doing nothing while you’re off achieving big success.”

I exaggerate in the above example but this happens in many relationships, including ones I’ve been in. And it happens with family members, lovers, business partners, friends, etc.

Do you have a friend who feeds off your bad times?

This is a “one strike and your out” policy for me.

The above statement is a lie now that I think about it.

To be honest, for me it’s usually 50 strikes, 75 arguments, and maybe even someone spitting in m face. I’m trying to get better though.

I’m that pathetic in my relationships. Particularly romantic ones where the 14 year acned, braces, awkward kid inside of me can’t actually believe that a “girl” likes him.

Yes…spitting on me. And I would’ve returned the spit except my spit is more like a spray. Like an old man peeing and hitting everything but the toilet. I need to practice my spit.

Some people can shoot that saliva like a gun and hit a target 20 feet away. As I write this, I doubt I can hit the monitor on this computer with my best attempt at a spit.

Anyway. the lesson is: don’t spit.

Back to my friend who is pro-life.

Because he believes that anything that has the beginnings of a brain should have the chance to live. Because because because.

Do I agree with him? Absolutely not.

No law should EVER legislate what a person does with their body.

Life is hard enough without clueless bureaucrats dictating what a woman can do with her body.

I am anti-college for instance. (“anti” and “pro” seem juvenile but there it is).

I have lost what I thought were very good friends because I am anti-college.

I am anti-war. I have an 18 year old daughter. I would sooner volunteer myself to a war than ever allow her to shoot another human being because someone commanded her to do it.

And yes, that includes World War II, the Civil War, and the Revolutionary War, and any war. I would just as soon be a slave myself than require a war.

Maybe I’m stupid. Maybe some wars are justified. But I don’t believe it.

And, I’ve lost friends over this. For instance, people think that the Civil War was the only way to stop slavery. It wasn’t. History is misunderstood here.

There’s no way to easily explain it. But, for instance, if the Revolutionary War never happened, most likely slavery would’ve been banned in 1833 when the British Empire banned it.

(Note: I’m not arguing this. I could be 100% wrong. Slavery is the most despicable crime ever. But the Civil War was also the worst war in American history as measured by per capital lives lost).

And it’s not as if minority lives suddenly became, “GREAT!” because of the civil war.

This is a huge and terrifying and sad problem that exists RIGHT NOW and is killing mentally ill people and minorities every day.

Dwight Eisenhower, one of the most successful generals in history, warned when he was President about a phrase he coined “the military-indiustrial complex”.

The intimate relationship between business and war. Well, business is booming!

Back to my pro-life friend. Best friend. How can you be best friends with someone who is pro-life, many of my pro-choice friends ask.

Pro-life people want to invade a woman’s body. Force her into back alley abortions where she can die.

I get that. I agree with it. I do think the word would be far worse if pro-choice laws were repealed. I am scared of this. I have two daughters. The law should not touch their bodies.

Pro-choice people, of which I am one, have it difficult.

They have flimsy laws that barely protect the rights they believe in. And those rights are ALWAYS under attack every day, in every state, in every court.

So pro-choice groups often have to take extremes.

For instance, many pro-choice groups refuse the existence of post-abortion traumatic stress.

The idea that women who have abortion can suffer life-damaging emotional consequences for many months or years.

Some pro-choice groups say there is no scientific evidence of this.

I’ve seen many women go through this. It’s horribly devastating to their lives.

They get depressed and medication can’t help. Talk can’t help. And it ruins their lives, careers, and relationships, and can lead to suicide.

Pro-choice groups tend to avoid anything that suggests there is a negative consequence to abortion for the strategic reason of: why give the pro-life movement any ammo.

It’s hard enough protecting the pro-choice laws we have!

I get it. It’s strategic. But I know post-abortion stress exists and is a killer.

And yet, I’m pro-choice.

Here’s what my friend who is Pro-Life does:

He opens his house to foster children. “Kids who come from broken or abusive families deserve to have a loving home. ”

Pro-choice or Pro-life advocates often leave behind their beliefs at birth. The battle is over at that point for them.

But many pro-life people have to ask: what if a child is born into an unfortunate circumstance.

My friend’s wife, a lawyer, offers legal counsel for free to help those children find good adoptive homes. Many children have found loving homes as a result,. including in my friend’s home.

How many people would open up their home (and their birth children) to a baby born with AIDS?

My friend’s and his wife help counsel the mothers of children they give up for adoption to help them deal with their choices and their sadness.

My friend’s wife counsels women who HAVE abortions and are now undergoing depression. She doesn’t judge. She doesn’t tell them she’s pro-life. She helps.

ACTIONS change the world. Not beliefs.

When I was severely depressed because of the situation with that long ago ex-girlfriend and her decision that I supported, he was there for me.

He spoke to me every day. He often secretly did my work when I disappeared for weeks at a time, lying in my room depressed and unable to move.

Do we argue? Do I try to convince him or he me? Never. Sometimes he gives me his reasons and sometimes I give him mine.

Because we respect each other, the result is that we each learn. But changing an opinion doesn’t mean anything.

If your intention is to always be the kindest person in any given moment then your actions can change the world.

The pro-life and pro-choice people argue and hate each other every day.

But the ACTION people save lives and the ARGUE people block people on Facebook. Don’t be pro-argue.

My friend is pro-Action. And so am I.

[Image is of twins “kissing” in a sonogram]