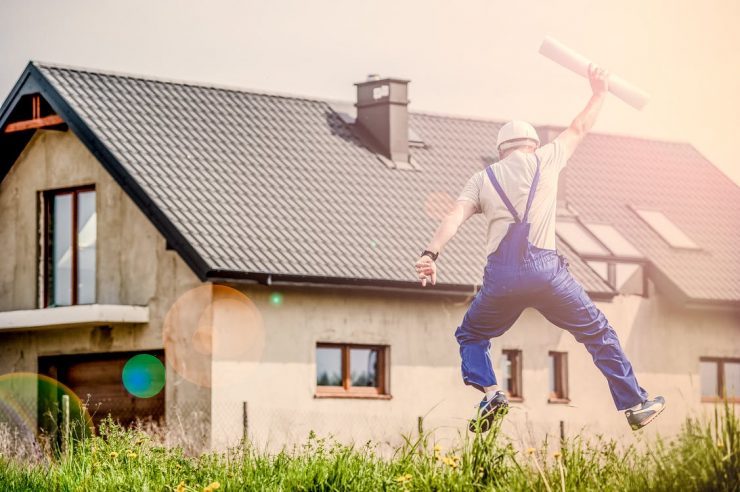 I knew when they said, “Come in for the meeting” I was dead.

“No. Come in.” I was fired. And humiliated. And had to clean up and walk out. Nobody said goodbye. I had nothing to do and no plans,

The guy who fired me is dead now. Life is short.

I feel like every time I have a job, something is taken from me. Something that was once special. And I never found them again.

When you’re dead, nobody will care how many hours you put in at the office.

It seems like every year I write a “10 reasons to quit your job this year.” But there are different reasons. The reasons are adding up.

When I graduated college, corporatism was supposed to protect me.

Feed me, give me meaningful work, help me improve, and then lightly drift me to shore in a safe suburb, happy and content.

And then corporatism died.

[ RELATED: How To Quit Your Job The Right Way ]

10 REASONS YOU NEED TO QUIT YOUR JOB THIS YEAR

A) SALARIES ARE DISAPPEARING

This trend is not going away.

If you want, I put together something to help you take advantage of this trend…

It’s called “How To Make $2k In A Weekend” and it’s only $7. Which is a crazy price for my full blueprint on how to make money on the side…fast.

You can get it here, it’s your choice but I hope you at least look at it.

Because every time someone writes a line of software, a job is lost.

This is not a bad thing or a good thing. It’s just a fact. An example: when the Internet was created, you no longer needed programmers to write “networking” code. People even forget what that is.

Robin Chase, founder of Zipcar, told me, “When self-driving cars are everywhere, 90% of the auto industry will disappear.”

C) PRODUCTIVITY IS FOR ROBOTS

Amazon is building a new store: when you walk in, your phone beeps.

That’s every store. And then maybe every restaurant.

Where will the cashiers go?

I ask economists. Technologists. Billionaires. And cashiers. I asked a billionaire and a cashier yesterday (two different people. It would be funny if the cashier was also a billionaire).

The billionaire said, “I don’t know.”

The cashier said, “Well, the networks will still need people to maintain them for that store.”

Not one store, I said. What happens when there are 1 million stores and you don’t need to need add more people to maintain the networks.

Humans are handing computers the keys to our lives.

Why trust a human doctor when my toilet can run genetic tests, blood tests, brain tests, tests that haven’t been invented yet and use AI to diagnose me.

Then prescribe medication. Then check up on me every day when I sit in my chair that has all the circuitry to analyze every electric signal in my body.

Or JP Morgan has just outsourced hundreds of legal decisions to AI. Why talk to a lawyer when AI has 10,000s of legal precedents it can go through in a micro-second.

But can AI do that?

Now if you turn your face into a 100 piece jigsaw puzzle, scramble it, put it in a blurry picture of a full stadium, and Facebook will still ask you, “Do you want to tag James Altucher in this picture?”

Data and AI know the human world better than we do.

[ RELATED READING: Three Trends for the Next 50 Years ]

E) THE ILLUSION OF PASSION

But what about the arts?

In 1994 I interviewed a professor of music, David Cope, from UC Santa Cruz for Mondo 2000, a magazine which no longer exists. (Magazines only exist now is small pamphlets).

David wrote software that even then would make classical music compositions. They were good then.

I looked up what he is up to now.

He couldn’t get a record label to produce his music. So he did a test: would classical experts tried to tell the difference between his software’s compositions and Mozart.

Not only could they not tell the difference, they thought his compositions were more beautiful.

What is beauty without soul?

It’s a poetic question but it has a pragmatic answer: it’s the music written by David Cope’s computer program.

When I spoke to Chip Conley, head of Hospitality at Airbnb, he used one phrase which changed my opinion on the entire economy.

“Nobody is sharing,” he said, “It’s not the sharing economy. It’s the Access Economy.”

This is the business model of every business in the access economy:

1) Some people have an excess of an item (e.g. empty rooms, empty car seats, etc).

3) And then there is a platform in the middle to help with discovery, transactions, problems, mediation, etc (Airbnb, Uber, etc).

If you brainstorm where there is excess in your life (even an excess of knowledge that others might not have) you can create a business in this model.

So Economics 101. Price eventually goes down. Which means deflation for the first time in 100 years.

Warren Buffett once said that deflation is the worst thing that can happen to the economy.

So prices go even lower.

Elon Musk recently addressed this. He said we might need UBI: “Universal Basic Income” for everyone to handle the economic collapse that will result.

Maybe. Who knows? Nobody knows.

G) YOUR BOSS HAS TO FIRE YOU

Well, now we know the answer. In the 1960s, a CEO might make five times the average employee.

Now a CEO makes 200 times the average employee. The answer: you get none of the dollar and the CEO gets all of it.

And what is that dollar? It’s money you created for the company. More of it should be yours. But every day less of it is yours.

Who will get fired first? The slave drivers or the slaves?

We know the answer. Executives took billions of dollars in bonuses when the banks got $600 billion in bailout money from the US government in 2009.

And everyone else got fired.

This is not a political opinion. Or a suggestion on how things could have been different.

But it’s this: now we know the answer.

H) YOU DON’T NEED THE JOB TO BE HAPPY

Depression is highest in fully employed, first world countries. The two highest countries for depression? France and the United States.

We simply were not made to work 60 hours a week. Archaeologists figure that our paleo ancestors “worked” maybe 12 hours a week.

And then they would play, in order to keep up the skills needed to hunt and forage, etc.

Why is work depressing? Not all of these reasons but maybe some of them.

Or maybe that last one was just me. A lot of crying.

Jobs are not so great. And they cause a lot of suffering. And you don’t really need them. Bear with me.

I) YOU WERE MEANT FOR SOMETHING ELSE

I needed to find out what I truly loved doing.

For awhile I did it. But then I got scared. I had a mortgage. I had two kids. I had people who depended on me. And I was afraid of slipping back in lifestyle.

It took me a long time to “right” myself. To give myself permission to say, “my hands were meant for something else, my life can have a larger purpose than I originally thought.”

A job might be that higher purpose. But, as seen above, it’s not so clear. And things are changing.

It’s not whether you chose to change. Things ARE changing and it’s how we deal with it.

At my worst moments I would get so depressed I couldn’t get out of bed to get ready for work. And that was with a job I actually liked. It was worse with other jobs.

All I knew for myself is that I wanted to jump out of bed excited every morning.

And a job wasn’t doing it for me. And I had to figure out what would.

J) JOB WON’T CREATE WELL-BEING. BUT THIS WILL:

And this will help you to find the things you are passionate about. And how to make money from them.

This is not the how-to. This is the direction.

Taking small steps in each of the above allows you to still make a living while we live in “The Shift” but get your Evil Plans ready for when it happens.

Every day write down the things that excited you as a kid, and still excite you now. First steps to try to engage in them.

Many people say, “But I can’t do both.” They insist on their prison cells!

Rule #1: When confronted with two choices: do both. There’s always a way to take the first step in a side idea.

Always have an EVIL PLAN.

Every day list ten possible evil plans. Give it six months of doing that every day.

Consulting you can do, a gig you can do, take online courses and build skills, think of books to write, or businesses to build.

Skills and ideas are the new currency. Not certificates and titles.

I had to learn how to start trusting myself again. That I had it inside me to fulfill my dreams, to find the things I love, to do them. This is what I meant by “choose yourself”.

You do your job. AND you do your evil plan. The evil plan will win in the long run.

You won’t quit your job and find the answer from a single bullet point. No one article will tell you the destination. But it can tell you the direction.

The exact reasons that you need to quit your job, are the reasons you will find new opportunities that will be more exciting than ever before.

Technology is made FOR you. But only if you choose to use it.

Just by reading this, you are ready for it. I’m not trying to convince you of anything.

But your hands were made to create. Do it.