Raz Ski Masks Are Upsetting Me 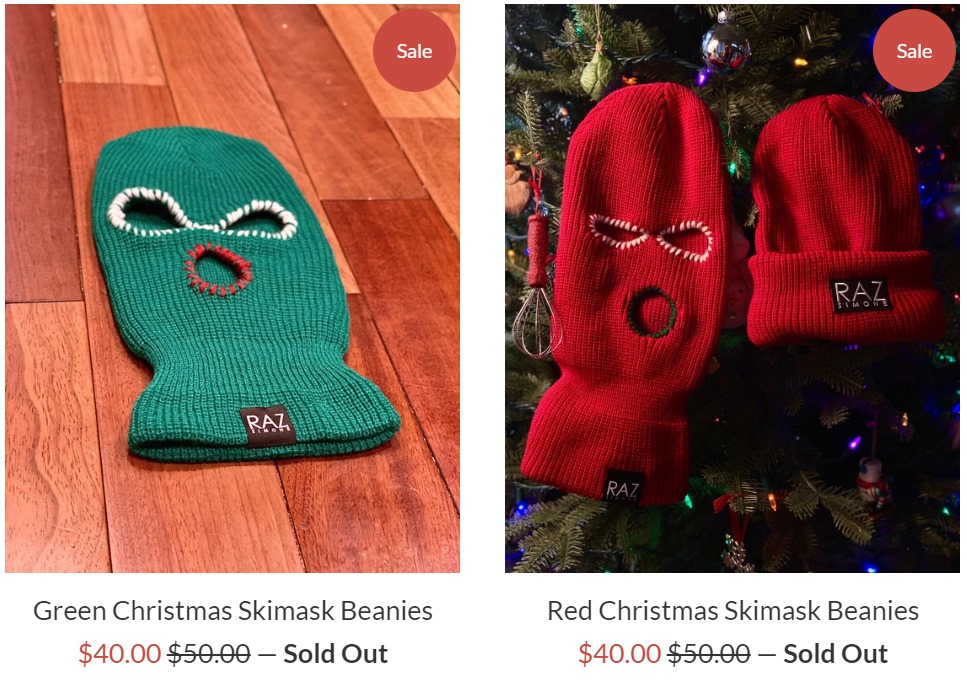 I have to admit I’m a little nervous. Not so much about the stock market or economy. But about ski-masks and dead kids.

What does that mean?

It means there are trillions of dollars floating around, but people are hungry and scared. It means that there are more opportunities than ever, but it’s harder than ever to find them.

That topic is for other articles. For the first time in 15 years, I’m excited about starting a new company. But…

BUT BUT BUT… But… But… I’m scared. I’m anxious and it feels bad.

A few weeks ago, African-American teenagers were shot in the CHAZ in Seattle. EMTs tried to help but protesters with guns wouldn’t let them. The teenagers bled out and died.

The Seattle mayor and governor asked the federal government not to get involved so they didn’t.

Then, when the protesters said to the mayor, “We’re going to take your house also!” she sent troops in immediately and shut the whole thing down.

Is it worse in Portland? I don’t know. Protesters prevented people from entering into a courthouse. Then they set fire to the courthouse. How come? Thank god nobody died.

Kids died. I have five kids.

We know what Martin Luther King would do: He would march, boycott, strike, etc. while talking to leaders about how to move forward on specific goals.

Malcolm X (post 1963) would do the same, with the exception that if force were used against him while he was peacefully protesting, he would use equivalent force back.

In NYC, people threw Molotov cocktails at police cars. Then tried to break into residential buildings. Why?

I called up Brooklyn Borough President Eric Adams. An African-American who spent 22 years on the police force and is now running for mayor. More than that, he’s a good friend.

He told me, “It’s not easy to make a Molotov cocktail. If you were to try and make one, you’d probably blow yourself up.”

How and why did these people do that? We have no idea right now.

In St. Louis, in the middle of a protest, an African-American former police officer was shot and killed.

My 18-year-old daughter said to me, “Look at this,” and I watched a video on Twitter of that officer mouthing words while his blood spread all around him and the guy taking the video was shouting, “We just wanted a TV, man! We just wanted a TV!”

Why is it so easy now to watch videos of people dying? Do people no longer have nightmares? Is there a vaccine for anxiety?

Two weeks ago, a former roommate of mine killed himself. He was the theater teacher at a local school. The kids loved him.

President Kennedy invoked Sec. 334, Title 10 of the U.S. code and “federalized” the National Guard. Those troops escorted a young girl to her class, passing the governor and the protesters who were trying to stop integration.

It doesn’t matter who you want for president. Issues like this are not partisan.

We should all say, “No teenagers can die.” Nobody seems to be covering this. Everyone is so partisan one way or the other.

It seems like people are afraid to give their opinions. But that’s an entirely different story.

Because now I am truly convinced we are in the middle of a giant VR simulation. We’re a dusty computer labeled “2020” in the back of some lab in the 27th dimension.

Raz Simone is the “warlord” who prevented emergency medical technicians from entering the CHAZ and helping the teenagers who were bleeding out and died.

When they shut down the CHAZ, he basically disappeared. Where is he?

Nobody cares. I do. What is “Warlord” Raz of CHAZ up to? I looked it up.

He is now selling ski masks at his online store.

Has the world gone batshit crazy?

We don’t know. And I, for one, am anxious about it.