I’ve had four fun conversations today so far about cheating, lying, backstabbing, and pain. It’s 5:53 am.

If you talk to me, assume that I’m going to put our conversation word-for-word on this blog. However, I will always protect names and identities and will respect any wishes to not include a conversation. I will never expose identities. But even if you are Claudia or my two daughters I am going to totally use any material because every day I am desperate for something to talk about. (If you are my daughters you will thank me later for giving you plenty of material to talk about in later therapy sessions. It’s always hard to come up with good stuff to talk to your therapist about but you two will have no problem. )

Particularly when the conversations are meaty enough to write about. I also like when I instant message with people at 4 in the morning. Then I have conversations I can write about early. To get it over with. Because there’s one horrible thing happening to me today that I have to prepare myself mentally for.

I’m getting cable TV. For the first time in four years.

I’m not a TV snob. I love TV. My first job in the city was for a TV company. But I hate bad TV. And cable TV being installed makes bad TV tempting. I’m dreading that I might get caught up with the Kardashians. Or even worse. I know there is worse out there but I don’t even know what it is. But I have to watch my kids for two weeks later this summer. And they’ve complained that my house is not “kid friendly”. I asked them, “what does kid friendly mean?”

They said, “well, there’s not enough things for kids to do here.”

I said, “I have 6 computers and 3 ipads and two ipod touches. Plus there’s books here. You know that thing that your ancestors used to call ‘reading’ ?”

“Well…what about also getting cable?”

And I said, “absolutely not”.

But I love HBO and Showtime. They often have good shows that I consider art. And HBO is so goddamn smart that they know enough to avoid the Internet distribution of their shows for at least a year. And I want to watch them NOW. So I caved. Cable for the kids and HBO on Demand for me. Ugh. Being delivered today.

So I was glad to get several things done this morning.

First off, I go through lots of books each morning: Today, chapters in:

I don’t usually read through that much in a morning but I got up super early.  If I was feeling really productive I’d put Amazon links for each of the above. But I’m feeling lazy.

But let’s get to the conversations I’ve had so far. So then I can get to the SPICE part.

#1 My Business Partner Is Lying to Me. (AA is a Facebook friend).

AA: My business partner has been lying to me for 2 months. I’ve been furious since yesterday!

Me: Don’t be. Most business partners lie all the time.

Me: I’m not kidding. And over time you learn which partners to completely avoid and which lies to filter out and how to react to them. Better to be  lied to now before you are lied to when you can lose serious money.  View this as a valuable learning experience on how to avoid future lies.

AA: that sounds so Zen

[Note: I think when people say “that sounds Zen” it means they are not going to pay attention to it, which is fine. It’s hard not to get angry when people lie to you. So I gave an example].

Me:  Let me give an example. Some billionaire wants to pay me to “consult” him on some stocks he owns. He’s lying to me so I said “no”. How do I know to say “no”.

AA: Why don’t you mitigate the risk by taking the money up front?

Me: I don’t want the money. That’s not the lie part. The lying is the “consulting”. He probably wants me to write about his bullshit companies or whatever and then call me 50 times a day once we meet. I never do that. Ever. Instead of doing that I’d rather get cable TV today.

Here’s another example. Some guy wanted to borrow $80 million from a hedge fund and he said he had a $100 million letter of credit from HSBC to back the loan. Could I introduce him around.

My answer was “no” even though maybe I could get a consulting fee for doing it. Again, nobody gets free money and nobody has ever once given me free money. I asked his representative to show me the letter of credit and of course I never heard from him again.

I would say I have to deal with at least one major lie a day and a few minor ones. But I’m relaxed about it because after awhile you get to know basic rules:

So every day I live a much more relaxed life by not being angry about the lies (they are going to happen no matter what) but learning when and how to filter them and factor them into my daily business. Being angry about the lie is actually worse than being lied to. It means your brain can’t focus on being creative, being free, being peaceful, so you can actually conduct good business for yourself and your family.

AA: This is incredible advice. Thank you.

[Note: I include that last line to brag a little bit but I’m also grateful when people acknowledge that something I say is good advice. I’m insecure].

#2. My Girlfriend Cheated On Me (XX is also a Facebook friend. All identities protected) 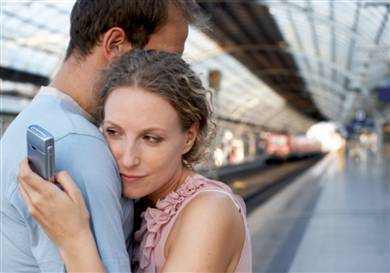 XX:  I was in relationship with a girl for about 4 years and then she cheated on me for someone. It has been about 2 years now and i never talked to her after that but sometimes it gets difficult for me to control myself even now. What is best that I should do in the situation?

But you want to make sure you don’t have irrational paranoia, or “post-cheating stress syndrome” in your future relationships.

You’re always going to be curious about the one you don’t understand. But wouldn’t it be much better to be with someone who is loyal and loves you?

XX: I also saw her facebook profile at 3am and things got bad after that. What you are saying is actually happening with me. After her i have been with 2 girls but never loved them, though i used to tell them that i love them.

Me: Maybe you like her BECAUSE she cheated on you. You just told me you lied to two girls who probably loved you. You’re repeating the pattern. It’s your way of relating, perhaps, to the girl who cheated on you.

XX: but sometimes you want the other person to feel the pain you have been through, to make them feel what it is like to be cheated by someone

Me: Right, but it’s impossible. They won’t feel that pain. They have moved on. They are done with you. So instead, you are making others feel the pain.

XX: But then when I realize I cant make them feel that pain I become more sad, and feel more helpless. She was my first girlfriend and we were together for four years.

Me: It’s ok to feel that sadness. Invite it in. Ask it for tea. Joke around with it, “wasn’t that girl a bitch?” But you’re never going to get resolution. Eventually that pain will start to wither but it’s ok to acknowledge it’s there.

XX: i dont know maybe i want her, maybe i love her still, somewhere i think time spent with her was best in the life. but i cant get her.

Me: Ok, so you don’t want to move on. That’s fine. But just acknowledge it. Don’t say you want to move on when you really don’t. Then you are lying to yourself. You can’t be happy if your brain is in a knot. Was the girl good to you when you were together?

XX: Yes,  We wanted to get married for awhile. I want that girl from back then. I miss her.

Me: Ok, so you want to time travel to that girl who no longer exists. She’s gone. RIGHT NOW there are some girls out of the seven billion on this planet who will not cheat on you and who will love you.

XX: That’s right. But I still think about this girl. She’s still unmarried. Do you think there’s any chance we will get back together? How can I get her back?

Me: No. She’s gone. And look at the pain she caused you. Do you like being in this pain? Maybe you do and that’s why you want to get back together with her. You have to answer if you like this pain. One the one hand you ask: how do I get over her?  On the other hand you ask: how can I win her back? It’s ok to be confused. But acknowledge that you don’t want to get over her yet. And then start from there.

XX: Thanks James. I am going to try The Daily Practice you recommend. I hope I come out of this in a positive way.

Note: It’s hard. People get wrapped up in the story: “He/She was perfect for me. There’s nobody else like that.” But the odds are against that statement.

Think about it this way. There’s an acronym I find helpful in relationships. You want S.P.I.C.E., someone who is in the top 20% of all of the following mutually exclusive attributes: sweet, pretty, intelligent, creative, emotionally mature. (For girls, you can assume “pretty” also means handsome. Guys, don’t go homophobic here if your girlfriend thinks you are sweet and pretty).

That means, there’s 1,125,000 women that are perfect for you. You’re helped by the fact that many people are not looking for women in these categories. For instance, some guys (and women) have various emotional issues that cause them to look for people who will cheat on them. Or some people don’t care about “creative” or “intelligent” and that increases their odds. Also, if you can broaden your definition of “pretty” then you increase your odds even more.

But just knowing there’s a million people out there for you is a good start in believing that the one girl you missed was not the ONLY girl that was perfect for you. In fact, she might be L.I.C.E, (“loser”, “incompetent”, “caustic”, “emotionally immature”).

Ugh, I’ve had two more fun conversations so far this morning. One about prenups and the other about what it might’ve meant when someone described himself as  “an average millionaire” is but I think 2000 words is enough. And it’s 6:52am. I’m going to walk to the river. And by the time I get back, my Spice Girl might be awake.