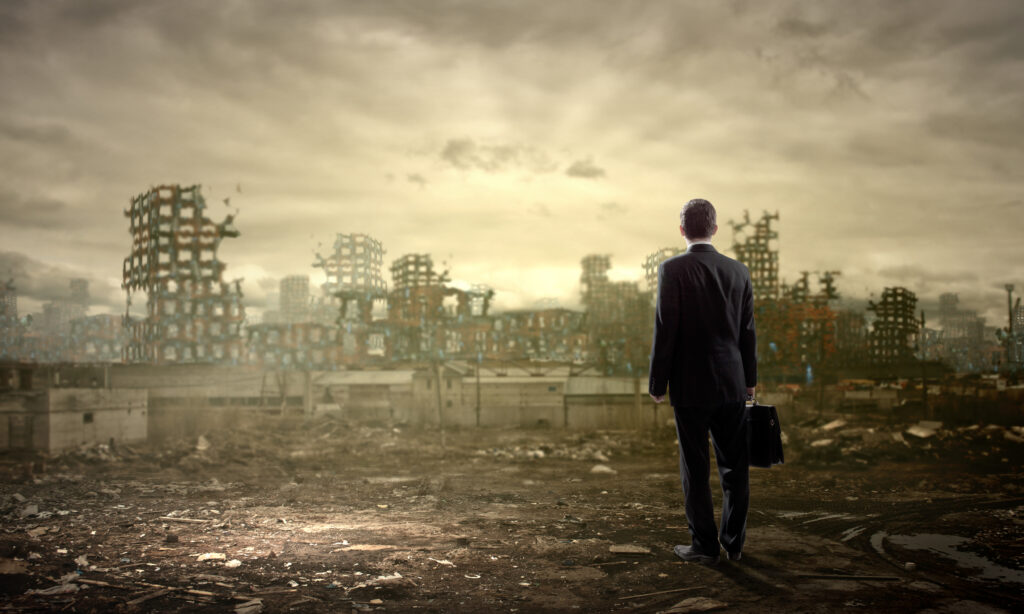 In yesterday’s email, I explained how the secret to saving cities was not to “think outside the box,” but rather to smash the box.

As promised, here are some of my “destroy the box” ideas for Cities 2.0.

A big problem facing cities is our addiction to Amazon.

Up to 1/3 of small businesses in major cities might never reopen.

How do we remove people’s addictions to Amazon and get them to buy local?

So $1 spent added $4 in economic growth to the region.

When you spend $1 on Amazon, economic growth is limited. It’s unclear if Amazon ever spends that dollar. And the money leaves your city. The key is to create incentives for people to spend $1 in your local city so that the economic growth stays in the city.

B) THE FEDERAL RESERVE INFLATES

The Federal Reserve recently announced that its big goal is to get back to 2% “average” inflation.

Why is this a big deal?

Everyone is frightened that if the U.S. prints too much money, we could get hyperinflation. Which means if you spent $3 on a loaf of bread last week, maybe it will cost $1 million a month from now with hyperinflation.

But this is not what is happening. Prices are going down. Hotel prices slashed, air travel prices are slashed, clothing prices are down, of course real estate prices in major cities are down, wages are down at many companies, etc. 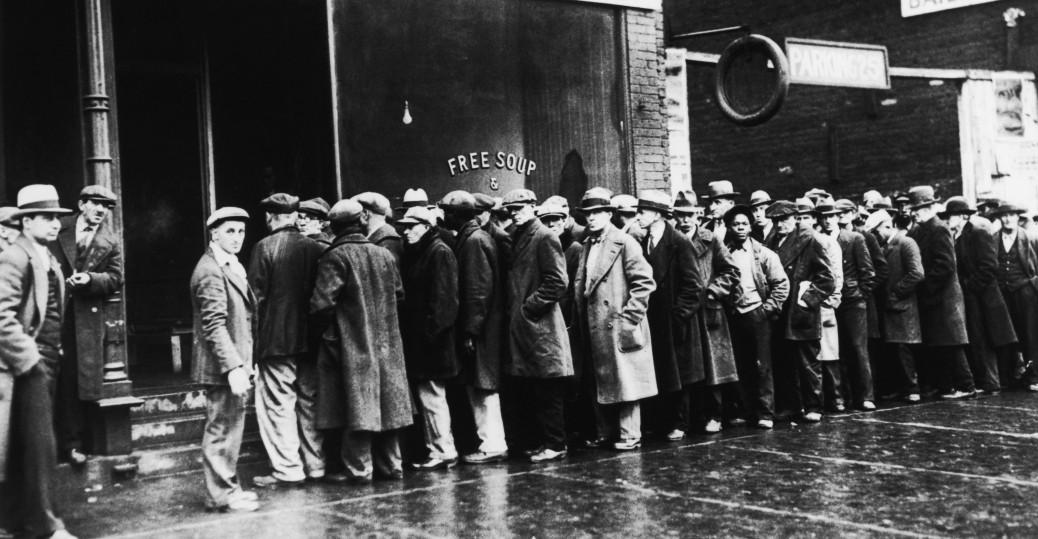 (The last time there was deflation was during the Great Depression, leading to mass hunger, food lines like above, and unemployment. We are at risk of that now.)

The Federal Reserve has been desperately trying to get inflation by buying Treasury bills and corporate bonds.

But it doesn’t work. When people are scared, they don’t spend money.

The Federal Reserve should buy up the municipal bonds of cities. In other words, if NYC owes a bank $1 billion, then the Federal Reserve can buy that debt and say to NYC, “Listen, we still want the money back, but you don’t have to start paying us back for another 10 years. Get your act together first.”

C) SELL OFF HOSPITALS AND UNIVERSITIES

This won’t be popular.

But we’re not here in this article trying to win a popularity contest.

Why should Gotham City own the Arkham Asylum? Why are they in the hospital business?

NYC should be in the city business, not the hospital business. There are many hospital companies that provide great healthcare and know how to make hospitals profitable at the same time.

NYC can sell (or long-term lease) their hospitals for approximately $20 billion. Maybe more. Maybe they can sell their universities (NYC is also not in the education business and colleges are going down the tubes now anyway) for $10 billion.

NYC’s total debt is around $120 billion. With this one move, they could get rid of 25% of their debt, making them capable of borrowing and spending money on new initiatives, as well as helping them avoid any layoffs.

Every large city could do some version of this. Maybe not hospitals, but they could sell bridges or tunnels, or lotteries, or other assets owned by the city.

Heck, sell part of Central Park. I don’t care what people think. Get jobs back, get incentives back, get innovation back, get revenues up, and you can make all the parks you want after that.

What do people want? JOBS. Prosperity makes a city better.

What stops people from getting jobs? Blue collar licenses.

Yes, white collar licenses are also ridiculous. Get $300,000 in debt in law school, then spend thousands to take various bar exams just so you can help someone get out of a traffic ticket. That’s B.S. but that’s for another story.

Here’s an example: Many cities require a license to be an interior decorator.

Are you kidding me? You mean if I want to get paid to choose wallpaper, I have to take a test, pay for a license, etc.?

In Washington D.C., for instance, I would have to spend 2,200 days (even years) in either apprenticeship or education classes, and then spend $364 for a license. So guess how many people who live in housing projects are able to become interior designers?

People need to get jobs without friction. That’s how you get people employed and self-sufficient and not in need of social services.

Los Angeles has blue collar license requirements for 192 different jobs, the most of any city. This is a huge regressive tax on the poor. 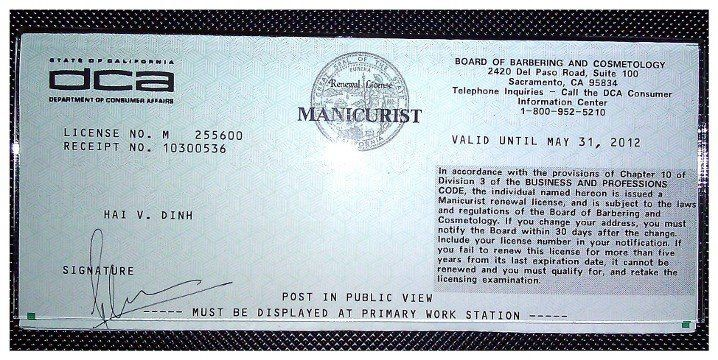 D) GET RID OF ZONING LAWS AND RENT CONTROL

Zoning laws say things like, “This block is just for apartments, and this block can have stores.”

Well, why? Why limit where I can open a business or live?

If you limit the number of places where I can live, then the supply of apartments goes down. When supply goes down but demand remains the same, then the price of rent goes up, making it more expensive to live in a city with zoning laws — i.e., every city.

Up to half of rentals in NYC might be regulated in some way by rent control or rent stabilization.

“Rent stabilization” is a horrible set of laws many cities have that allow people who moved in 50 years ago to pay the same rent.

There are people with five bedroom apartments in NYC that are paying $1,000 a month. Prices in NYC for those apartments might be as high as $30,000 a month or more.

But why are they as high as $30,000 a month? Again, supply and demand. The more apartments that are rent stabilized or rent controlled means fewer available apartments, means supply is down, means prices go way up.

Here’s a big joke: Don’t pay rent for 10 months and then pay it all in one chunk.

Are you kidding me? Before the pandemic, the average American had $400 in savings. Where are people going to get 10 months of rent to suddenly pay after 55 million people total went on unemployment insurance?

This plan has not been well thought-out.

This is what you do, and you do it just once:

There’s a lot of things wrong with this idea. It’s not fair, for instance, to the people who have been paying their rent all along.

My answer: So what? Not everything is fair. This is about saving cities. A rising tide lifts all boats. If cities are saved, the value of apartments goes up, more businesses move in, more people get jobs, salaries go up, everyone wins.

In 2006, Chicago sold the Chicago Skyway for $1.8 billion. It had been losing money for decades. Now it makes money.

Not only does selling a highway generate money for the city or state, but usually improves the performance of the highway as the new owner uses profits to protect infrastructure, and gets creative about congestion pricing, etc. to reduce traffic and make more money.

I don’t know how many highways exist in the U.S., but the  country / states / cities are not in the highway business. Sell to the companies that are and use the money to reduce debt.

This creates jobs, raises money, wipes out debt, etc. And highways are going to be smaller sources of revenue in the future anyway due to less travel post-COVID.

In 2016/2017, I helped start a company (meaning, I was in the room when conversations were happening) that created a nonlethal device for law enforcement.

The Bolawrap is a device that shoots out a steel cable and wraps around the person who was shot at. Think of it as long distance handcuffs. I’ve been wrapped. It doesn’t hurt. And the more I struggled, the tighter the Wrap became.

But isn’t the Taser nonlethal? No. Google it. In fact, the cofounder of Taser is now the president of Wrap Technologies. Andrew Yang has suggested police forces look into it. Many police forces are already using it and lives are being saved every day.

Want to avoid riots and looting and even protests? Stop killing people. 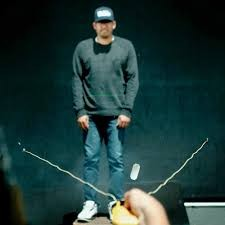 This is a start. Are some of these ideas bad? Probably.

But there are a lot of laws and ideas that are much worse. Whoever came up with the idea of the government backing student loans has done more harm to the millennial and gen Z generations (who now sit on $1.6 TRILLION in personal debt) than any war possibly could.

Cities need to be the places where people are free to exchange ideas, start cultural projects, start businesses, and succeed.

Not where they get sucked under by obscure regulations, arbitrary taxes and fees, invisible penalties like rent control, and declining social services because of lower and lower tax revenues.

You can’t go back to old fake utopias and solutions that never worked.

Cities 2.0 need to do more than reward old bad behavior. They have to create new behaviors that increase prosperity for everyone.