11 Sci-Fi Movies That Changed My Life 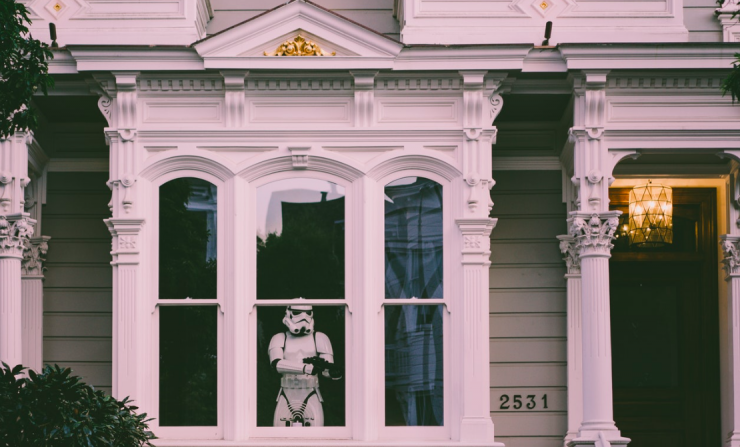 A movie has to change my life for the better in order for me to love it.

Some of these movies I first saw as a kid and my life and my greatest ambitions and successes and projects have been motivated by what I learned in these movies.

I’ve loved science fiction since I was kid. For many reasons: page-turning stories, imagining what possible futures might look like and inspiration.

For instance, watching Star Wars was like smoking crack. This was what a galactic empire might look like. It was the perfect page turner / arc of the hero. And it was inspirational.

I loved The Force. Even as a nine-year-old I lived my life around The Force. I am not kidding when I say it saved a business I had in 2004 and again in 2006. If I believe in any one thing it’s the idea of surrendering to powers in the universe I don’t understand.

This was given to me by science fiction.

And the Foundation series by Isaac Asimov gave me the idea (long before Nobel Prize winning economist Kahneman) that basic human behavior (e.g. investing) can be modeled by statistics (to an extent).

This was the basis of my first hedge fund.

I love all fiction, even romance. But science fiction brings me back to childhood and even in the past few years I’ve had many sci-fi writers on my podcast: Hugh Howey (“Wool”), Andy Weir (“The Martian”), James Luceno (“Darth Plagueis”), etc.

But, for movies, my criteria are the above criteria for science fiction plus:

And, MOST IMPORTANT, they have to change my life. Not every movie below does but eight of the 11 do.

I’m including the entire franchise here. It’s funny how fans are upset at each movie and yet they all keep coming back. So what about Jar Jar Binks!? There’s Yoda (Frank Oz, the voice of Yoda, has been on my podcast and I feel blessed as a result).

So what about the prequels? There was more info on The Force than the original movies.

So what about The Last Jedi when Rey’s parents might not be Force sensitive? The whole idea is that anyone in the universe has access to this amazing philosophy.

[Related: Here’s how 40 years of Star Wars has saved my life.] 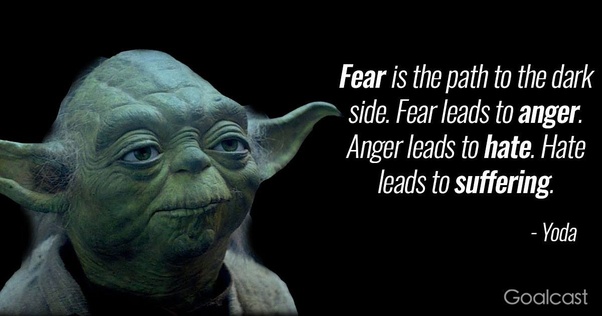 The grimy post-noir Tokyo-like city. The beginnings of cinematic cyberpunk.

Harrison Ford’s disdain for life yet desire for a life worth living.

The final scene with Rutger Hauer may be among the most beautiful in all of cinema.

Even if you never watch the movie, watch this scene. It makes me cry every time:

The first of many attempts at understanding what it would be like in a world of multiple human species, some man-made, some evolution-made.

I was neck deep in this movie. For one thing, my company, Reset, created the website for Warner Brothers. So I watched it a million times, read the script a million times, helped with the comic book, created online games for it, etc. etc.

The idea of Red Pill versus Blue Pill is baked into the philosophy of my book: “Choose Yourself”. Do you subscribe to the agendas of society that are programmed into us by parents, teachers, bosses, colleagues, spouses, friends, or do you Choose Yourself?

When others make the choices of your assumptions the results will never be as good. Only you can take “the red pill” and choose yourself. Such an important concept for living life, introduced in The Matrix. 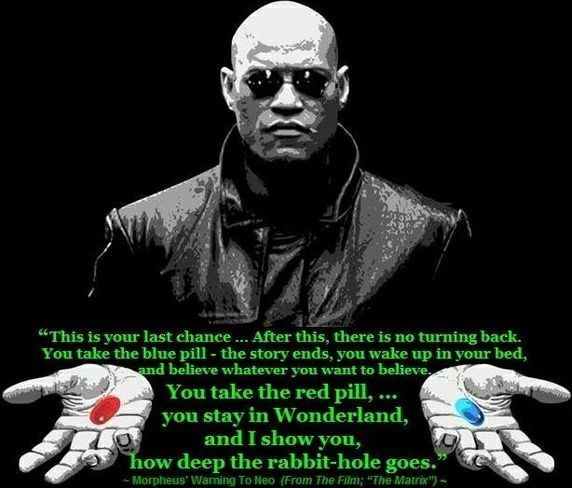 4. Planet of the Apes (the Charlton Heston version)

What a brilliant arc of the hero. The call to action (a crash landing), greater and greater obstacles (there are apes! they are in prison! they escape! the Statue of Liberty!).

He meets his helpers and friends along the way (I had a crush on the chimpanzee, Dr. Zira) and the way the movies twisted around to go from future to past to show how the planet of apes even started in this recursive manner.

I watched the movies and read the book by Pierre Boullet.

It covers what it means to be an authentic person in a BS society (Charlton Heston’s character), how our current economic status could result in scary future and it even got me to understand the beginnings of the Theory of Relativity.

I put this here because I loved the movie. But I can’t think of any way in which it changed my life.

I get that it’s an ultra-modern take on racism, which is more important now than ever, right where we are on the precipice of globalism versus breaking down into nationalism.

So I keep it on the list but it hasn’t changed my life.

A company called Palantir (which I regret not investing in when I had the chance) monitors so much data (e.g. bank transactions, probably Google searches, etc.) to find fraudulent or terrorist behavior even before it happens.

It’s genius. It’s the latest in the state of AI (i.e. very sophisticated uses of the marriage of big data and statistics). And it’s very much just one degree of separation from the technology in Minority Report to predict crimes.

Seeing Minority Report is a prediction of the world we already exist in but only questions of ethics prevent us from taking the final leap. And I say “question” because it’s very unclear if you should STOP crimes that have not been committed yet but you can predict just on the basis of AI.

The implication being  that if something is too good to be true, then it’s not true.

My entire investment behavior has been determined by this one line.

People always call me with “an AMAZING opportunity”. Nobody has ever woken up thinking to themselves, “I have to give James Altucher and nobody else the best opportunity ever.”

First off, Scarlett Johannson. I feel like she’s played every technologically enhanced human (or computer in this case) over the past decade.

But this movie in particular is a love story. Not between Joaquin Phoenix and Scarlett. But between the director, Spike Jonze, and his ex-wife, the director Sophie Coppola.

Her Lost in Translation (also with Scarlett Johannson co-starring with Bill Murray) and his Her were each their interpretation of their marriage and why it fell apart.

Art is a very real way to interpret and help us deal with sorrow while giving entertainment and pleasure to others.

I don’t quite think Her is in our future. I don’t think AI will “wake up” any more than I think a TV will.

But I do like how (as opposed to similar Ex Machina) the form of consciousness that Her starts to take goes way beyond human understanding. 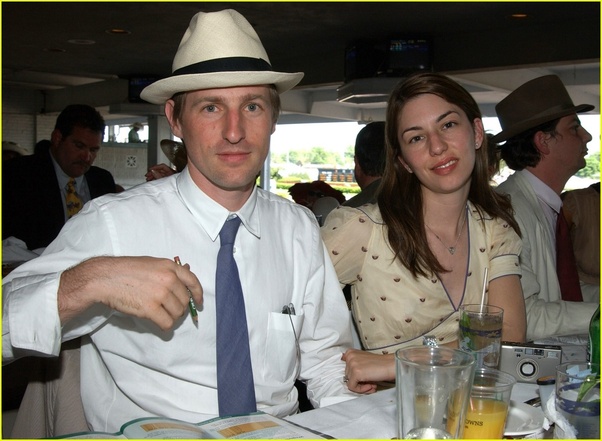 (Her versus Lost in Translation – a love story of two movies)

I was a kid. And this movie was SCARY.

This was probably the first dystopian movie I saw and it was the grandfather of all others.

What would I do if I ended up in such a world after “the wars”?

For a book that is even better but along the same lines, check out, “The Road” by Cormac McCarthy. One of the best books ever written.

Has this movie changed my life? Not really. But it introduced me to the idea of a bleak dystopian future and that normal human ethics is not a guarantee in such a world.

(This guy scared the hell out of me)

What a great idea. Again, the concept that an alien consciousness would be radically different from our own.

So different that it could distort our own perceptions of time and space, as it does with Tom Cruise when he replays the same scenes over and over.

Again, a perfect arc of the hero as he figures out his obstacles and gets closer with his female protagonist to defeat the bad guys.

Has it changed my life? Like Groundhog Day (perhaps the best sci-fi movie ever but not quite sci-fi enough to make this list), it gives me some sort of inspirational hope. I wish I had the opportunity to live life again and again and improve each time.

But since I can’t (but who knows?) I have to make the most of this moment right now.

I have to live life not like today is my last day, but as if it MIGHT be my last day.

I love the paradoxes of time travel. The movie didn’t change my life. But I remember thinking as I left the theater: “That was great. I’d see it again.” Maybe I’ll rewatch tonight and change this article as to why it changed my life.

So beautiful in cinematography and music.

Again, the idea that an alien consciousness (in this case, aliens visit the Earth and Amy Adams has to figure out how to communicate with them) might be so incomprehensible to us that the entire movie is about bridging that comprehension.

As opposed to Star Trek where every alien magically speaks English. In Arrival the aliens speak in almost four dimensions, including time.

And this changes Amy Adams view of the world as she is the first to begin to understand them. 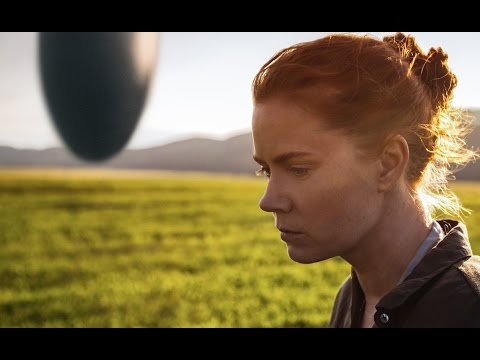 (How do you speak to an alien?)

I love the idea that a switch in consciousness, the way we use words, can actually change the way we view the world.

In the case of Arrival, Amy Adams’ view of the world becomes intertwined with the way she and the aliens view time and her own future despair.

But it underlines that the very words we speak with can change the thoughts we think.

P.S. Let me know if you’d like me to do a podcast on this topic. And any comments here I’ll talk about on the podcast.