DO YOU DO SECOND-LEVEL STRATEGIC THINKING? 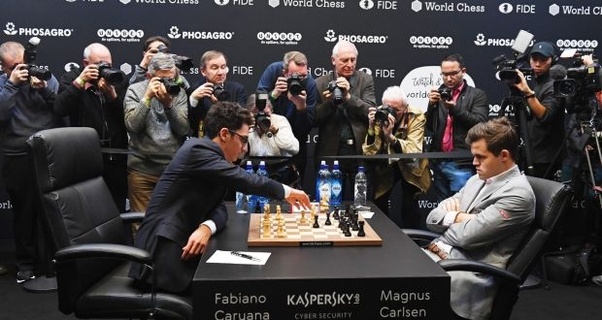 Is that a failure for Magnus? Did he not defend his title?

No! This is a great success. Because of second-level strategic thinking.

I have failed to do second-level strategic thinking many times.

Example: I ran a successful business in the 90s. A web agency. I helped companies make their first websites. AmericanExpress.com, TimeWarner.com, etc.

I made millions. But I was a failure.

I also wrote software to help me make each website. I developed my own personal tool chest of software to make any kind of website.

I sold my company in 1998 as a function of profits (we sold for about 10 times our earnings).

But companies that “sell the dream” are much more valuable. Software that helps companies develop websites, like WordPress, are valued at over One Billion Dollars!

Stupid me! I had the same skillset. The same software developed. The same intellectual property.

But I was valued in the millions instead of the billions. I needed to have understood strategic thinking at a business level instead of just a software level.

Chess is a strategic game. There’s a saying in chess: “Having a bad plan is better than having no plan”.

Fabiano is young, talented, a real threat to Magnus. Magnus would have liked to crush him early but it was too difficult.

So why are 12 draws in a row a success for Magnus? And why is Fabiano now scared to death? (My complete guess.)

Here’s why: (And this happened in the last World Championship match as well, Carlsen vs Kajarkian.)

After a tiebreak like this, the World Championship title is determined by tie-breaker games, which are faster and faster games until they are at blitz level (five minutes each).

Magnus Carlsen is the best player in the world by far at blitz chess.

At “regular speed” chess, it is unclear.

In the world ranking system all you have to know is the higher the number the better.

And that a 75 point difference means the higher ranked player should win roughly two out of three times.

In other words, they are statistically equal. 12 straight draws is almost the expected result.

In the blitz ranking system Magnus is ranked 2939. Fabiano is ranked 2767.

HUGE difference. And much better for Magnus than the almost equal rankings in regular chess.

So Magnus is right where he wants to be. Playing speed chess to decide the world championship where he has a huge statistical advantage.

This is second-level strategic thinking.

You might have skills, like writing, or sales, or charisma, or computers. Maybe you even use these skills to do great at your job.

Are you using second-level strategic thinking about your skills?

If you are good at writing (enough to make people question their lives and struggle with that question) are you using it write a literary novel nobody will read?

Or are you writing articles, books, or even scripting podcasts, that you know will reach a large audience (e.g. the way Shakespeare would approach it) so that as many people as possible can be touched by your skills?

It’s one thing to develop the strategies in your skillset.

It’s another thing to develop second-level strategies that maximize your reach in life by using those same skillsets.

And third-level strategic thinking is left for another day: understanding that perception is more important than reality.

In the Chess Championships, maybe just the perception that Magnus is still the reigning best at blitz is enough to psychologically scare Fabiano into performing poorly even though the truth between 2017 and now might have changed.

It’s almost winter and I’m staring at the ocean as I write this near the equator. Maybe fourth-level strategic thinking is to do nothing and enjoy what little life deals me.

But I’m not good at that yet.