When A Secret Band Of Bloggers Gathered To Save The World 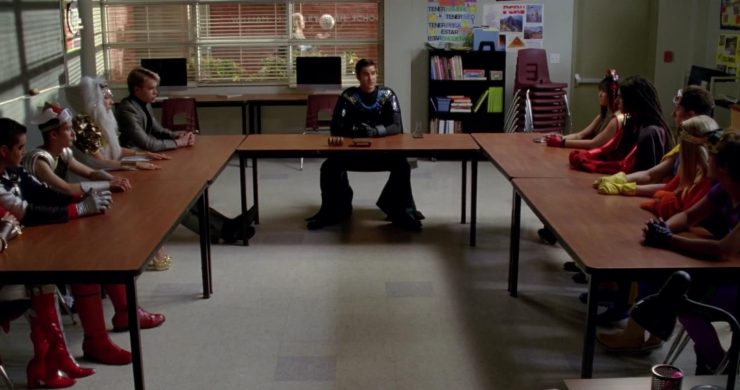 A band of us, a feisty group of us. A group of never-do-wells. A group.

The world was in trouble. And we decided it was time to pool our resources and together save the world.

Climate change was ripping apart the core of the planet. An election was tearing apart the emotional fabric of a nation. ATM machines only dispensed tears. Danger was like a knife lying randomly on the sidewalk and anyone could pick it up.

I was getting a divorce.

We were bloggers, all of us. And with that came a sense of moral responsibility to do something about the planet we all decided to call “HOME.”

Whether it was typepad, or blogger, or wordpress, or even the new “micro-” blogging service that was sweeping the nation.

We knew our voices, united as one, would rise above the cacophony of malaise that was creating a pool of vomit the rest of the world was swimming in.

“We need a catch phrase,” someone said. Maybe CB, maybe SG. Maybe GV. Who knows? At this point, history is written by the ones with the largest Instagram following.

How about, I said, Be the somebody that makes everybody else feel like a somebody.

Hmmm, people said in that way that people “hmmm” when they don’t really like it but they are trying to be nice.

“Pick yourself,” said another.

“Choose yourself,” said me.

“Be the change you want to see in the world,” said Gandhi, but repeated by S or G or T, which is OK because A said to steal from the best.

We all turned. It was the person who now, in retrospect, had assumed the role of being our leader.

“It doesn’t matter,” he said. “An inspirational phrase is like 40 mg of Adderral. It has a half life of 10 hours and then wears off. It will do nothing. People don’t pay attention. They just feel good for a little while.”

“I have an idea,” said, again, my lover. “How about we all take pictures of ourselves looking at our phones and put an inspirational phrase on top of it.”

“That’s great,” said CB. “But we have to be in different places. Like looking at our phone on a private plane, on a basketball court, while shopping to bake a cake, while swimming in the Maldives.”

And we all have to do it every 24 hours. To keep the world spinning. The temperature is already one degree hotter since we started this meeting in our private bunker.

The reality is: we were in a sweat lodge. All of us were naked. Our muscles rippling from one body to the next like “The Wave” in the stadium at a college volleyball game.

Bloggers are known for being ripped. For being shredded. Sliced. Jacked. I had a prime number of abs.

I don’t agree, I said. Why can’t we just be honest

Seriously, I said. Life is pretty hard. It’s a cruel joke and our job is to find the punchline.

That’s a great one! someone said, jotting it down.

After that, I got dressed. I was pretty scared. In a risky move for me, I had already used my Debit Card five times that day.

Every time it said “Approved” I felt good about myself.

It was the only approval I was getting that year, but it always felt like the charge machine was taking an extra second or two and then reluctantly saying, “Just barely.”

Everyone was still arguing when I left. I don’t think they noticed I was gone. I went home to write.

Since then, the planet has gotten cooler. Happiness levels have risen higher than ever seen before. The world is incredibly wealthy. And love is in the air.

Related reading: How To Publish A Bestseller: Publishing 3.0