Shakespeare is Awful, Jefferson was a Rapist, and Pi is Useless

I’m going to be dead honest just to clear the air on this one: I only have a vague idea what Pi does. I could google it right now but that would be cheating. I think pi * the diameter equals the circumference. And there’s some other way you can use pi to get the area but I forget how (Pi * radius squared?). But the point is, I’m not sure. I know Pi = 3.14 and another infinite number of digits after that.

But do you ever really need “pi” in life? Like does anyone ever bring you a circle and say, “quick! I need to know the perimeter of this circle?” And you say, “now hold on a second, let me just take pi and do some crap with it and all will be ok. JUST KEEP CALM.” 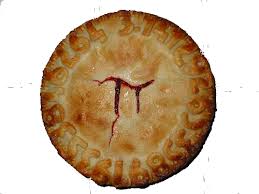 That never happens.  You can’t even come up with a fantasy where you’re single and your pretty neighbor comes in and says, “you know, I was just thinking about you and if only I knew pi then I would probably have sex with you.” There’s no such fantasy on the history of the planet.

Entrepreneurs never need to know pi. I’ve started a billion different businesses and not one of them required pi. When I was interviewing transvestite hookers for a living at HBO I never once needed to know pi. Like, “if we just string that microphone wire in a perfect circumference I can probably do a better interview.” I never said that. I never needed to. It didn’t come up. The transvestites never asked about pi either. It never came up in their line of work.

Math is pathetic. What’s even worse I was in the “mathletes” club in high school. We used to stay after school and take harder and harder math tests. That sounds like a lot of fun, right?

I wish I had the time to pull my kids out of school and homeschool them. What are they learning “pi” for?  I think we outsource pi to China these days anyway. And why do they need to know what the “pistil” is in a flower. Or what cumulus clouds are? Shakespeare is the most boring writer in history. And we all take it as an obvious fact now that any history you learn in public school you have to completely relearn as an adult in order to get the real history. Not a single school teaches that most of Thomas Jefferson’s descendants share DNA with the slaves he raped. Or that the Revolutionary War was fought because tea smugglers here didn’t want to compete with the lower tariffs of the East India Company. I never learned in high school that Hitler was Time Magazine’s Man of the Year in 1938 or that Roosevelt sent a boatload of Jews back to Germany to be exterminated or that we firebombed enough cities/civilians in Japan to make Hiroshima look like another walk in the park.

And who was Charlemagne? I have a vague memory from AP European History but I can’t remember now unless I was to read a book on it. Was he a good guy or a bad guy? They were all pretty much bad guys back then anyway, right? Just like 500 years from now people will probably think our leaders were just as bad.

So I want to take my kids out of school. I know nothing at all about home schooling but here’s my ideal day for them. They wake up and do some exercise for about 2 hours. Then they either draw, read books, or watch movies for the rest of the day, mixed in with fun physical activities. What books or movies should they read/watch/draw? Anything they want. I don’t care.

How do you find things to be passionate about? You keep reading books and watching movies and doing things or going to museums/places or playing games or sports or whatever and you narrow in closer and closer on those passions. If you’re forced to read things that are boring to you, you won’t be able to narrow in on the things that really excite you. And the more you read boring things, the more turned off you will be on reading things that actually interest you. I didn’t start REAL reading until I was about 6 years out of high school.

Somehow the government has become a big babysitter for our kids. And if the kids don’t “test well” then the schools get less money and we get taxed more. And then once the kids turn 18 and they start going to college then now they become in debt to the government, limiting their choices later to, basically, government-approved jobs where they can pay their loans back.

Well, how would they get social experiences? I have no idea. I’m assuming other people who have home schooled their kids have figured that stuff out. Or maybe kids don’t need social experiences. Did I need to get beaten up every day of 7th grade? Or pine every day of 10th grade for the girls who ignored me? Was it so great to have social experiences then so I could learn later the hierarchy of whose cool and whose not and how that works in the world?

I’m not being bitter. I want the best for my kids. Learning “pi” is not the best for them. Reading plays written in the 1500s is BORING. Even reading a play written last year is boring. Reading comics is fun. Have my kids ever been assigned a comic book to read in school? No. How about “Maus” or “Barefoot Gen”, two classics (comics) in World War II literature that should be must-reads for kids? Never.

Well, you can say, not everyone is self-motivated to learn things on their own. So? Do you think force-feeding those kids Shakespeare will improve their lives if they are not self-motivated? I’d rather my kids watch Spanish soap operas on TV all day. And throw a Frisbee around.

Someone emailed me a math equation and said it was amazing. She said, “  ‘

’ is the closest thing she’s ever seen to proof that God exists.”

Good luck with that.

10 Reasons Not To Send Your Kids to College

Is it bad I Wanted My First Kid Aborted?

You Can Call Yourself an Entrepreneur When