Slow Down Or Die

We were in Burger King and my mom and I were at the next table. I was ten years old. I was eating a Whopper ™ when I heard the girl’s mother. I got embarrassed.

I had about half the whopper in my mouth but it wouldnt fit. I tried to make it all fit in. I had another whopper waiting for me and I loved eating fast. There was food dripping down from my mouth.

I wanted to keep chewing but then I had that feeling that I didn’t want to swallow any more. Everything would go wrong. I was a deer in headlights. I turned red.

Maybe the cashier at Burger King would stab me with a spork to stop the agony. Maybe she would laugh a maniacal laugh while doing it. Her laughter would sound like an old lady falling down a flight of stairs. Everyone would clap, including my mother. Maybe the mayor would give her an award.

Maybe I would be expected to show up at the award ceremony and give her the trophy. And pin a medal on her. Everyone would shout, “don’t look at him” .

When my children hear this story they laugh. Daddy was disgusting! Thank GOD they have a father they can learn these valuable lessons from. Tell us more! 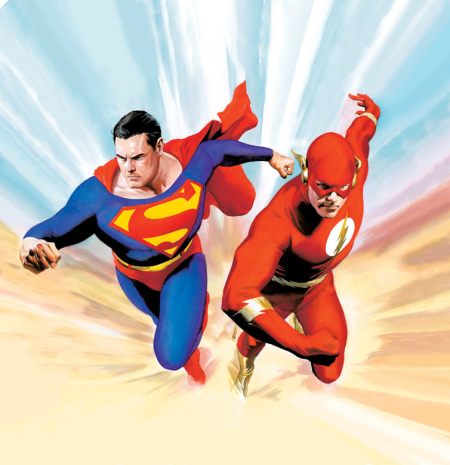 I have an addiction to speed. Not the drug. The movement. I chew fast. I make money fast. I lose money faster. I fall in love fast. I get my heart broken faster. I get addicted fast.

I’m addicted to you. The reader of this post. And I’ve fallen in love with you. Maybe too fast. We hardly know each other.

When I run fast it’s because I’m running towards a goal. Fuck goals.

But then people say, “it’s the journey that counts.”

Really? Which part of the journey? Going through security? Waiting. Taking your belt off. Having the woman at TSA slap you in the face as hard as she can with your belt while laughing?

Here’s things I now always try to do slower.

Eating – There’s one basic statistic. On average, it takes people fifteen minutes to realize their small intestine is full. In other words, you keep eating even after you’re full. Then you say, “ugh, I’m so full. How could I have eaten so much.” No problem. If you eat slower you avoid this problem.

There are side benefits. You can enjoy the food more. By noticing the flavors. We live in a fast food  economy. We eat while on the run. On the way to work. On the way to there from here. So we need quick flavors. A rush of MSG and sugar that light our tongue on fire. I have a feeling if I eat slower then I will enjoy it better. I have no evidence of this. I’m still the little boy whose mother covers her daughter’s eyes. “It will be ok if you just don’t look at him”.

Wake up – If you get up too fast there’s evidence your stress levels skyrocket. So this is what I do every morning when I wake up: I stretch in bed. I think of ten people I’m grateful for. I smile. If Claudia is still in bed, I touch her head. I try to pry open her eyes. I check her pulse. If she’s not in bed she better have coffee waiting for me. It takes me 20 minutes to get out of bed after I wake up.

Opinions – Opinions seem largely genetic. If our parents have an opinion then we end up inheriting it (“go to college!” “get a job!” “do something with your life!”) or sometimes we have the opposite opinion BECAUSE our parents had an opinion. Either way.

Or we look at someone and get an opinion (“Boy, I really hate that person” is a thought I think when I see someone playing a guitar in a music store).

Or, “That person just did something bad to me!” That’s a favorite opinion.

Sometimes it’s good to not have any opinions. Or to at least slow down having one.

Try replacing the exclamation mark with a question mark. “That person did something bad to me?” That fources you to look at the opinion from different sides. Or better yet, put a semicolon between every word in the opinion. This seems like the only good use of a semicolon. It slows everything down.

Read – there’s some works of fiction I’ve read over 100 times. I love them. When you love a work of art and you take it in slow you notice something new every time. If you skim so you can reach the end then all you notice are the words. None of the art. You’re unable to lick the flavor off the page.

Spend money – From 1999-2000 I bought a $2mm house and renovated it. I invested $2mm in a company that made Blackberries for deaf people and lost it all. And then I lost a million a week until I went dead broke. I lost my house. Lost friends. Lost self-respect. People who had previously spit on my face now wouldn’t even return my phone calls. I had $0 in the ATM.

I wanted to hire someone to kill me so my kids could collect insurance. I wanted to go into a hotel room and have sex with 1000 prostitutes and smoke crack until I exploded. But I just crawled on the floor into the fetal position until I figured out how to uncurl.

I wish I had spent money slower. Like a lot sllooooowwweerrrr. I had ten years of agony bouncing around on that roller coaster until I was divorced, broke, friendless, familyless and I blame myself for at least two deaths until I started to make a comeback. Fuck.

Start a business – I went to a BODA meeting once (business owner’s debtor’s anonymous). I thought it would help me to make all of my money back very fast. Instead everyone was talking about how they were learning to be “just fine”. I was convinced they were all drug addicts and this was the drugs speaking.

But business is just a vehicle for transforming the ideas in your head into something real, something tangible, that actually improves the lives of others. To create something unique and beautiful and valuable is very hard. It’s very special to do. It doesn’t happen fast.

It happens when you read everything, write everything, do everything, fail a few times, network hard, get customer reactions, tweak the product, rebuild, sell, add more services, add to your product, make friends, increase the love among your cusotmers.

That takes a long time. Sloooowwwww.

Open your mouth – My mouth is the cause of most of my troubles. Kissing the wrong people. Eating the wrong foods. Talking bad about people.

I’ve written about gossip before. But reading it, thinking it, saying it, writing it, does nothing for you. Neither you nor the person you gossip about will have your name on a building in a 100 years. Charlie Brown never gossiped. Luke Skywalker didn’t. Mr. Spock didn’t. What makes you better than them?

Before opening your disgusting, chapped, backteria-filled, gum-diseased mouth that rarely has anything to say, think about just keeping it shut. Ugly words are like drunk vomit.

In my best moments of my life I had maybe, single thoughts. Like, “She’s beautiful.” Or “look at that sunset”. Sometimes I didn’t even think of those. Sometimes I just thought of nothing. Nice pussycat.

Breathe – Think of when you are stressed or in pain. Your breathing becomes very fast and shallow. Just do the opposite of that and you will never be stressed.

Claudia tells me that yogis measure their lifespans in breaths rather than years so they live long lives. I don’t know. Is that true?

But then she uses the turtle as an example. Some turtles have lived over 200 years. That means there could be a turtle now that actually watched Thomas Jefferson have sex with Sally Hemmings. A turtle breath can last for an hour. My breath lasts about three seconds. I should really slow that down.

??? – What else can be slower to improve enjoyment in life (other than the obvious answer).

Some people want a lot of money. Some people want enlightenment. Some people want the girl or guy of their dreams. And some people want to find passion in life and have it be fulfilled. All of this stuff that is “there”. It’s not bad to want these things. It’s good. But you can’t get them “there” until you first find them here. Abundance is here. But we often ignore it or don’t see it.

Sometimes I feel like I’m still the boy with the Whopper ™ dripping down my face. That was great.

That boy never had any worries. He believed Superman was a god. He loved the leather smell in the back seat of the car. He shoplifted. He wanted to be an astronaut and a President and a spy and the piano player at a sleazy lounge. All at the same time. He would wear a tuxedo and his hair would be straight and he’d be charming with women.

And ever since he’s been winning awards for being disgusting. If he could unwind it he would do it all again. But slower so he would enjoy it.