Sluts at the Halloween Ball

Yesterday I spoke to a real estate agent. He told me the housing market is weak (because I’m trying to sell a property). I spoke with a programmer the week before. He told me it would take longer than I think to finish a project. Don’t bullshit me! I’m a programmer so I can say that to him.

All of these people are at the costume party for the year-long Halloween ball. They have to play their parts. That’s how they make a living. The banker tells me I need to put my money in this XYZ mutual fund because they have “the best chances” at surviving economic catastrophe. The principal of the school tells me this is the best year to move my kids to her school or else “they might have to stay back a year.” The psychiatrist tells me at  the end of each sessions, “well, this is definitely something we need to explore but unfortunately we ran  out of time this session so I guess we’ll talk about it next session.” My kids say, “but all our friends have iphones”. [In the comments, what are other disguises/lies that people tell us?]

I don’t think these people are necessarily telling me lies. Maybe I should have my tooth removed. Maybe I should change my will. Maybe my kids’ 11 year old friends all have the latest Macbook Airs. Maybe I do need to talk about my mother with a psychiatrist. Who knows?

Everyone plays their role, wears their costume. They do so mostly unconsciously. That’s the glue they use to connect one day to the next. So they can sleep. So they can decrease anxiety. So they get people to like them. They are afraid to be alone, to have no money, to jump into the abyss of truth. I get it. I’m afraid also.

What if you did the opposite? If you’re a dentist say, “well, I could remove that tooth. But it seems like you won’t die with it in there so good luck with that.” Or, if you were a psychiatrist how about: “Guess what! You’re cured! You have no mental issues whatsoever. Go out and enjoy life. That’s the only advice I can give you. Don’t forget eventually you’re going to die so try to enjoy things before that. Look both ways when you cross the street while you leave here.” What if you were a plastic surgeon and instead of saying, “yeah, we can lift those wrinkles right out of there”, you say, “you know, you look beautiful when you smile. Get the hell out of that chair. Go on. Get out of here!”

My best technique when I was selling my services as a company that designed websites was to recommend my competitors. People would be so shocked they would keep coming back to ask my opinion on other things. I would almost push them off, “no, I can’t do your website but Razorfish can for about a million or so.” Then, of course, they would come back. You can say this is just simply the benefits of being honest.

But it’s not just honesty with others, it’s honesty with yourself. When I hate people, I’m usually pretty honest with them. It’s often easy to say “no” to people you don’t like. I should do that also with the people I want to be closer to: like friends, clients, customers, colleagues, readers. And for the people I hate, who make me depressed on the train ride into work, I should arrange my life so I never deal with them again. You ALWAYS have that choice, despite whatever excuses you tell yourself. 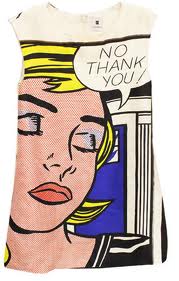 The main thing I like to do is write. This blog, my Q&A, the occasional email,  the occasional talk, and books. That’s it. When I get asked to do other things, I almost always say “No.”  I only want to do what brings meaning to my life. By the way, this works with everything. Once I started saying “no” to sex, I had emotional space to fall in love. Once I said “no” to bad job offers, I got an offer I couldn’t refuse. Once I started saying “no” to TV, I received more opportunities than ever to go on TV. Once I said “no” to my psychiatrist, I went completely insane.

And guess what? When you switch from ambition to meaning, when you only focus on providing value and art that enhances the lives of people around you and also takes you out of the Monster Ball, you indirectly make more money. In ways that surprise you. Don’t think about it. But it will happen.

Your words take on more meaning. And because you are the only one doing that, you stand out.  People will wonder, “Did he really just say that?” If you say words infused with truth they rise above the static noise and the Universe listens. It has ears for that sort of thing.

Figure out where your meaning is and only live truths around that meaning. In Iceland there is a joke about the land being very flat: “If you get lost in Iceland, no problem, just stand up.”

(wasn’t kidding about the insane part).