The Smartest Piece Of Financial Advice I Ever Got 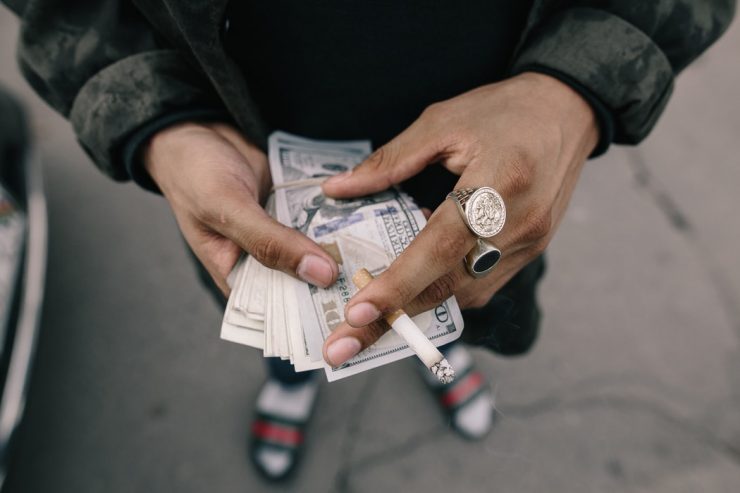 This one piece of advice has made me millions.

That sounds like bragging. “Millions”. Blech. But I have to use the word. Because this is the most important advice ever.

Without this advice I almost certainly would be dead.

Or crying. A lot of crying. Like I did for many years.

It’s hard to have psychological problems.

Ever since I was 22 years old almost every girlfriend I’ve had has insisted I see a psychiatrist. Not just a therapist. “Someone who can prescribe medicine.”

Because I get anxious and depressed.

If you wake up at three in the morning and you’re adding numbers on waiter’s pads to see how long you have before you run out of money (and then you’d be not only worth zero, you’d be a “zero”) then you need help.

I’d wake up in the morning. What are all these scraps of paper? I would look at them and not understand anything.

Only that a lot of subtracting was going on. And a lot of negative numbers.

For my anxiety I’ve taken over the past 20 years: Prozac, Zoloft, Klonopin, Xanax, Ambien (once), Percocet, Amtriptyllin, and probably some others I can’t remember.

You can’t make money if you are too anxious.

I never used to believe in self-sabotage. Why would someone sabotage themselves?

But it’s insidious. It’s a demon that starts in the center of your brain and expands like helium in a balloon until the rational you floats away and you are left with the saboteur.

The version of you that is ready to wreck some real damage.

Example: You can be in line for a big bonus.

But you get anxious about it. You get more and more scared as the day comes.

You feel you are not worth it. Why do you feel this? You don’t know. You don’t even know if that statement is even true.

But someone told you (a parent? a teacher?) that you weren’t worth it when you were younger (this sounds cliche but bear with me) and ever since then some deep part inside of you wants to be worth it but gets anxious when it comes time to prove it.

Your anxiety and self-sabotage cost you 50% because you didn’t feel you were worth it.

Is this just me?

Here’s how you avoid anxiety.

Connection solves anxiety and helps with your career. Connection is the best medicine. It cures. it saves lives.

I read a study and I believe it. The best people for your career are not your friends or close associates.

They are the associates of your associates. They are the ones who know of you and think of you in a time when they have great need.

Every day work on connection. This is good advice I’ve gotten (but not the best).

But this is not the BEST advice. This is the second best advice.

Someone told me it in 2012 and it’s been straight up for me financially ever since.

If I wrote my resume it would just be a list of all the times I was stupid. If “stupid” is a bad word, I apologize.

But I’m not being self-deprecating or humble. I found out after 20 years of hard work that I am a big idiot.

Greed, lack of money management, lack of understanding of bigger business models, laziness, bad people judgment, poor ability to handle failure, little understanding of cycles in markets… all of these things led to me being stupid.

And since everyone thought I was smart, I was always afraid to act stupid.

If someone was explaining a sophisticated technology, I’d be the first one to try and ask some stupid question to prove to my colleagues that I was the smart guy.

This is my hero:

I had a partner at my venture capital firm. The firm was called “212 Ventures”. I liked that name.

We had four partners and four associates and managed about $125 million for major investors.

One of my partners would go to every meeting, get the business explained to him, and he’d hold up his hand.

“Wait a second,” he said, “Explain this to me again like I’m a third grader.”

And he wouldn’t let them stop until they were able to explain everything as if he were a third grader and he would finally understand.

I’d smirk at his stupidity.

Now I realize he was the smartest man in the room. I was the stupidest.

All of my investment decisions then lost money. 100% of them.

When they shut the VC firm down (all the investors pulled their money) my “stupid” colleage was smart enough to get a massive payout for all of us despite our non-stop failure. I’m glad he was so stupid.

But then I changed.

It’s no longer worth explaining how much money pretending to be smart has cost me.

Tens of millions. Maybe more. And if I describe all of the ways in which I were stupid people would be like, “What the….”

Nine out of 10 drivers think they are “above average”. I am the one driver who KNOWS he’s a bad driver.

And nine out of 10 people think they are good investors or good judges of character.

I am the one who “KNOWS” he is not either.

I thought I was smart! Why weren’t good things happening to me?

When my father was getting a divorce in the early 60s, he and his then-wife went to a therapist. My father went on and on about how smart he was and how much potential he had.

He was an ice-cream man at the time.

The therapist said, “if you’re so smart, why aren’t you rich?”

Which is a horrible question. Maybe it’s not so important to be rich.

But being poor is really difficult.

My dad died poor as anything. I later paid for his house, furniture, paid off all his debt, and hid his other debts from my mom. I thought I was smart and wanted to show off in front of him.

But then I went broke. Stupid!

This is what happened:

I got the advice: “You are stupid!”

In other words, don’t make any decisions for myself. Find other people who are smarter than me to help me.

For instance, one time I invested in a company, Buddy Media.

The CEO had pitched me to become CEO of a company I had started, Stockpickr. I was smart enough then to steal all of his ideas. Every single one of them. They worked. So I knew he was smart.

When he finally started his own company, I begged to be included in the first round.

When I invest now:

And that’s it. Everyone has to be smarter than me for me to get involved.

Once a company I invest in calls me for help I know that I’m in trouble. I want the CEO to NOT return my calls.

He should be busy being smart. That’s why he’s in that business and not stupid me.

When Howard Stern said to Jerry Seinfeld, “Everyone the country wanted you to do a ninth season and you didn’t”, Seinfeld replied, “That’s why I am in show business and they are NOT.”

I want the guy smarter than me to be like Jerry Seinfeld. That’s why he’s X, Y, and Z and I’m NOT so I trust his decision. 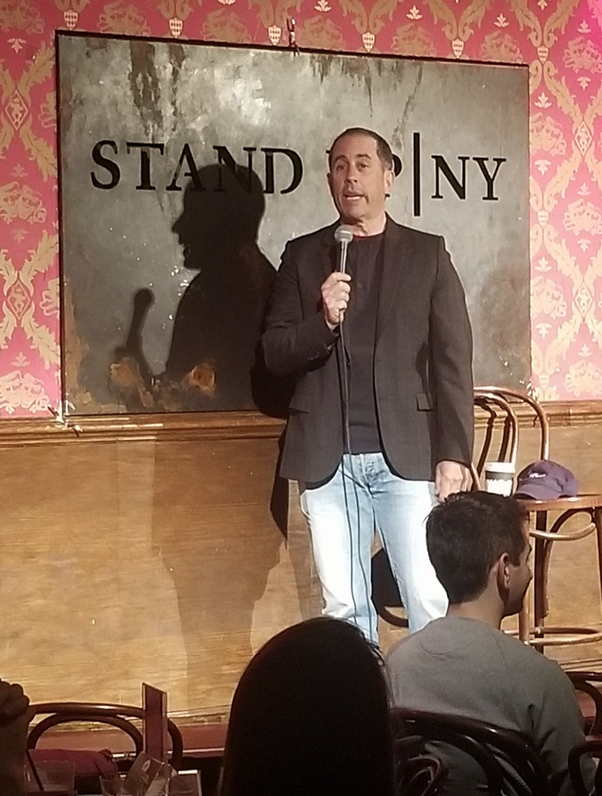 (Jerry Seinfeld performing the other day at the club I am part-owner of. Again, I feel very blessed since I started following this advice)

Since I decided I was stupid, this is what happened.

100% of my investments have worked out. 100%! It’s so simple: if the CEO is smarter than me (and an easy way to tell: they’ve built and sold a similar business before) and if my co-investors are smarter than me (so they did better due diligence than I could have done) then the investment is good.

When I start a business, I make sure everyone I hire is smarter than me, so I can learn.

When I do a podcast, I assume my guests are all smarter than me, to feed my curiosity.

I’m blessed to have so many of my superheroes answer all my questions on my podcast.

The best advice I’ve gotten lately (from billionaires, super-comedians, artists, athletes): be honest, be who you are, be humble, be curious, sincerely network, show up every day.

I will add: be stupid.

You can do this with relationships: see if the people hanging around someone is smarter than you.

This is how I now judge people. By the people they spend time with and how I see them treat me.

If someone says, “I love you” to me, this means nothing. I’m stupid enough to believe it.

But if someone shows they love me, then I guess I can invest in that.

Who gave me this advice? This fantastic, wonderful advice that has changed my life over and over?

I was so depressed I walked a mile to a beach near me and took off my clothes and went in. I didn’t want to drown but I wanted to drown.

I looked in the mirror.

“You are so stupid,” I said and looked at my arrogant gross face. “Please, please, please stop being so stupid.”

And then my whole life got better.