When Did Social “Networks” Turn Into Social “Media”? 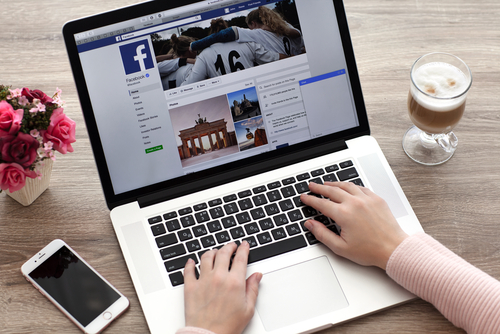 They used to be so nice. I’d “like” old photos of weddings I never attended. I’d think, “Wow, Dave’s got a book out,” or “Man, my old crush has seven kids.”

Now everyone’s sitting in their suburban air-conditioned homes with their Ivy League diplomas on the wall typing out, “Anyone who believes X like you should go to jail! BLOCKED!”

Facebook loves it when we are angry and fighting. Every Facebook argument thread can buy Mark Zuckerberg another cup of coffee.

Does Michael Jordan ever leave YouTube comments arguing on a video about “gun control”?

I don’t know. But so far twice today I had to stop myself from responding to an angry comment from a total stranger.

I try to do an exercise. I ask: Where is the gray area?

Are there questions with no answers? It’s OK to not have an answer.

Guns are bad. Yes. Guns kill people. Even kids. Even babies. But if someone is attacking my kid and I have a gun, should I shoot the attacker?

War is bad. Going to another country and killing baby civilians is horrific. Who gave the U.S. the right to be the world’s police?

But what if another country is committing genocide on its citizens? What if there are real bad guys? Should we do something?

Who creates more value with money: the government or an individual?

The government is known for enormous waste. And for being persuaded into corrupt behavior by lobbyists.

An individual can use extra money to start companies, invest in others, and create jobs that increase the productivity of society which, in the long run, reduces income inequality.

BUT taxes also help the government help the people who, for many many reasons, might be incapable of helping themselves.

This quote is from a newspaper article written in 1922 in Soviet Russia.

“We are not fighting against single individuals. We are exterminating the bourgeoisie as a class. It is not necessary to look for evidence proving that the accused opposed the Soviets by action. The first question you should ask is what class does he belong to, what is his origin, his education and his profession. These are the questions that will determine the fate of the accused.”

In other words: “Old white guys are guilty.” (A quote I read yesterday from a smart, intelligent person I respect.)

“The patriarchy is guilty.” (Another quote.)

It doesn’t matter what charity they give to. How many jobs they create.

What inventions they produced that have helped the lives of millions. What medicines they developed in their laboratories.

It doesn’t matter who each individual person is.

They are guilty for not living in your opinion ghetto.