Sorry Seinfeld: Your Love of NYC Won’t Change the Facts About Its Crisis 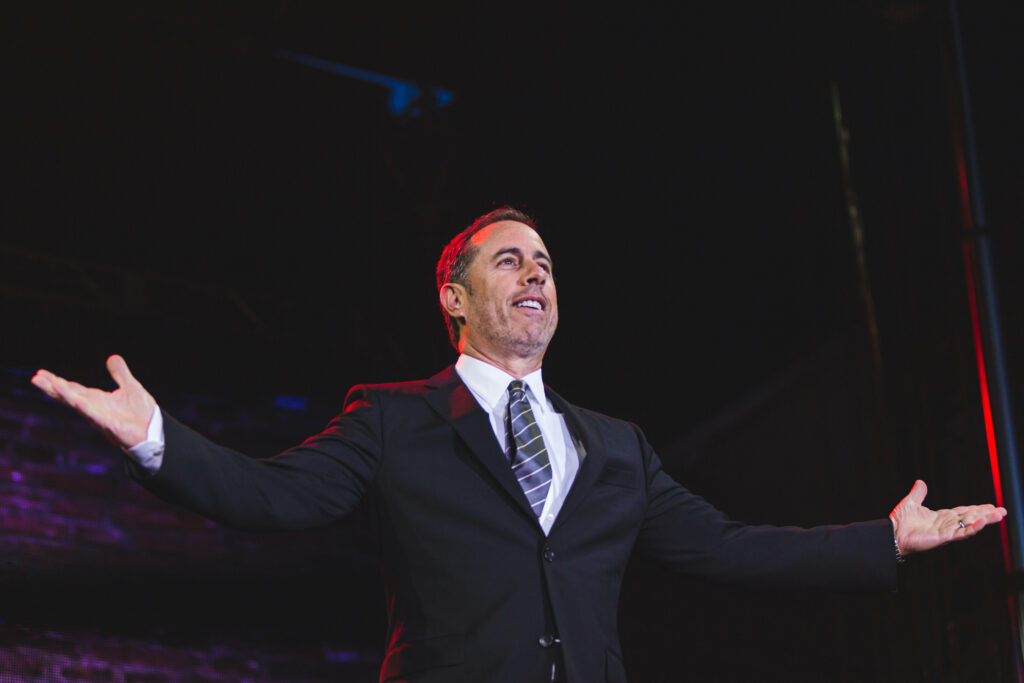 This article originally ran in the opinion section of The New York Post.

I’ve gotten more death threats in the past week than probably the average politician does — all because I wrote a column for The Post with the online headline “NYC Is Dead Forever: Here’s Why.” I presented facts. Plus, I told the story of my own lifelong love affair with the Big Apple and lamented its impending demise.

Now Jerry Seinfeld — sitting in the comfort and safety of his Hamptons mansion, with probably five dozen rare Italian sports cars in the garage — has written a response in the New York Times calling me a “putz” and insisting that “NYC has resilience.”

My mother agrees with him.

I appreciate that Seinfeld is also concerned enough about the city to write a rebuttal. But there’s denial, and there’s reality. Denial won’t help anything. Failing to address problems won’t save Gotham.

We all get it. New York has “grit.” I lived three blocks from Ground Zero on 9/11. I lived on Wall Street during the financial crisis and Great Recession. I was optimistic then. But let’s look at the facts — again:

Does this mean people like ­remote work? No. But most studies agree: Remote is more productive. Again, this isn’t my conjecture. Thousands of firms that make up New York’s tax base have concluded so.

The knock-on effects, combined with those from the needlessly protracted lockdown, are devastating.

Thousands of restaurants have shuttered their doors permanently. Yelp has said up to 50% of the restaurants it tracks are out of business. A study by Partnership for New York City found that up to one-third of Gotham’s 240,000 small businesses may never reopen.

What does this mean? It means more revenue declines and even higher deficits. It means the choking death of the tourism industry. It means eerily empty office buildings.

We are just beginning to see the beginning. The beginning! A city spokesperson said that up to 22,000 layoff notices will go out August 31. These layoffs will hit emergency workers (who risked their lives at the height of the pandemic), garbage collectors, teachers and police officers. That last group’s loss will be ­especially tragic, given the 130% increase in shootings this year.

Nobody wants this. I don’t want it. Seinfeld doesn’t want it, though he doesn’t exactly suffer.

It’s working-class people who will bear the brunt: the dry cleaners, the deli sandwich virtuosos, the retail workers. Seinfeld and others imagine that “grit” and “resilience” are all it takes. Magical thinking is such a wonderful thing.

One solution would be a massive bailout, but that requires political will in Washington that may never materialize. Barring that, the city must create massive economic incentives for existing companies to stay and new ones to move to New York and hire people — starting by removing the massive disincentive of a prolonged lockdown. The forces of law and order mustn’t be made an enemy of.

Otherwise, New York’s (and other large cities’) opportunities will disperse throughout the rest of the country. If urban areas stay on their current trajectory, young people will find other places to flourish without having to move to cities. Gotham would lose its greatest engine of prosperity and dynamism: people.

The city we love needs help. I don’t care that Seinfeld insults me in another paper. Hey, for all the grimness of the moment, at least I inspired a once-great ­comedian to finally write some new jokes. By the way, my local business, StandupNY, is doing 50 free shows in Central Park this week. You’re welcome to perform, Jerry, but I don’t think you’re in town.