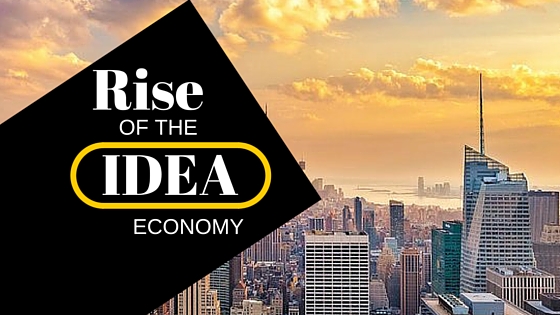 By the end of this I’ll have given you two ideas on how to stay ahead of the trends that will unlock over $20 billion (maybe more) into our economy in the next 5 years….

*But there’s much more to it than that, I mean for you personally.

I have to tell you something else before I can get into all that but I really should go ahead and mention that these billions of dollars will all be made in areas that barely even exist today…3D Printing, Synthetic biology, Sensors, Robotics, Biotech, Artificial Intelligence and on and on.

But please don’t read another word before you understand this: you don’t have to know anything…and you don’t really even have to learn anything about these industries to make money off of them.

No, you personally aren’t going to make billions (well, who am I to put limits on you…maybe you will).

But don’t be intimidated by that huge number….

Here is something that I believe is true: anyone reading this can make a (really good) living if you know how to live in the era of super abundance.  You’ll understand by the end of the article.

And here is what you need to know first…

They do this because for many years they were right about one thing: We moved from an industrial economy to a knowledge economy.

In other words, we began to outsource industry (e.g. cars and computers) and we began to “insource” (i.e. hire) knowledge. Knowledge are things like programming, engineering, other sciences, etc.

And these same people are still writing books about how smart they are.

Sadly for them (and dangerously for you) they are wrong.

Listen…we are NOT in a knowledge economy and we haven’t been for at least 5 years and probably closer to 20.

The middle layer of the economy: middle management and the “knowledge workers” are being outsourced or demoted or replaced by temp staffers or robotics or simply fired.

It’s because we now outsource knowledge.

Right now I have several projects going on.

Because of the increase in literacy throughout the world, people have been electing not to come to the United States anymore to get their higher education.

They are staying at home.

But the pay has not yet caught up.

Eventually it will. But until it does, it pays to outsource as much traditional knowledge as possible to these other countries.

So what economy are we in?

What can’t we outsource?

Ideas.  This is the economy we live in.

I can’t really say to someone in a foreign country: come up with 10 ideas for me for a businesses I can start here.

But if I am the one who is passionate about an area of business, and I see the needs of the customers here, nobody is going to help me come up with good ideas.

They can help me execute on those ideas (as I outsource industry and knowledge) but they can’t help me come up with a vision.

I can outsource grammar and spelling mistakes but I can’t outsource leadership.

Again, we live in an Idea Economy, or if you prefer, a Leadership Economy.

As Taylor Pearson, author of “The End of Jobs” mentioned to me on our podcast: you either are going to have to “exit up” or “exit down”.

That sounds dire and scary. But it doesn’t have to be that way.

I don’t think it’s that hard to “exit up”. I think it’s a matter of always making yourself indispensable through the ideas we discuss in this newsletter and the daily newsletter.

But this brings me to an important point: fear.

It’s one thing to say “you might have to ‘exit down’.”

It’s also another thing to say “the world is going to hell”. Or to spread fear-mongering by talking about how the economy is going to crash forever and everyone is going to die poor and hungry.

But the Myth of America’s decline has been around since 1776 and won’t go away.

And this convinces us that something must break.

Guess which century had the lowest level of violence ever as a percentage of the population and as measured by how much of that percentage died of a violent death?

If you guessed the 20th Century, the century with two world wars, Vietnam, Korea, the Cold War, the threat of nuclear annihilation, and many other regional conflicts, then you would be correct.

Here’s some other charts worth thinking about.

These charts represent not hopeful thinking…but facts about the direction of where the world is going. 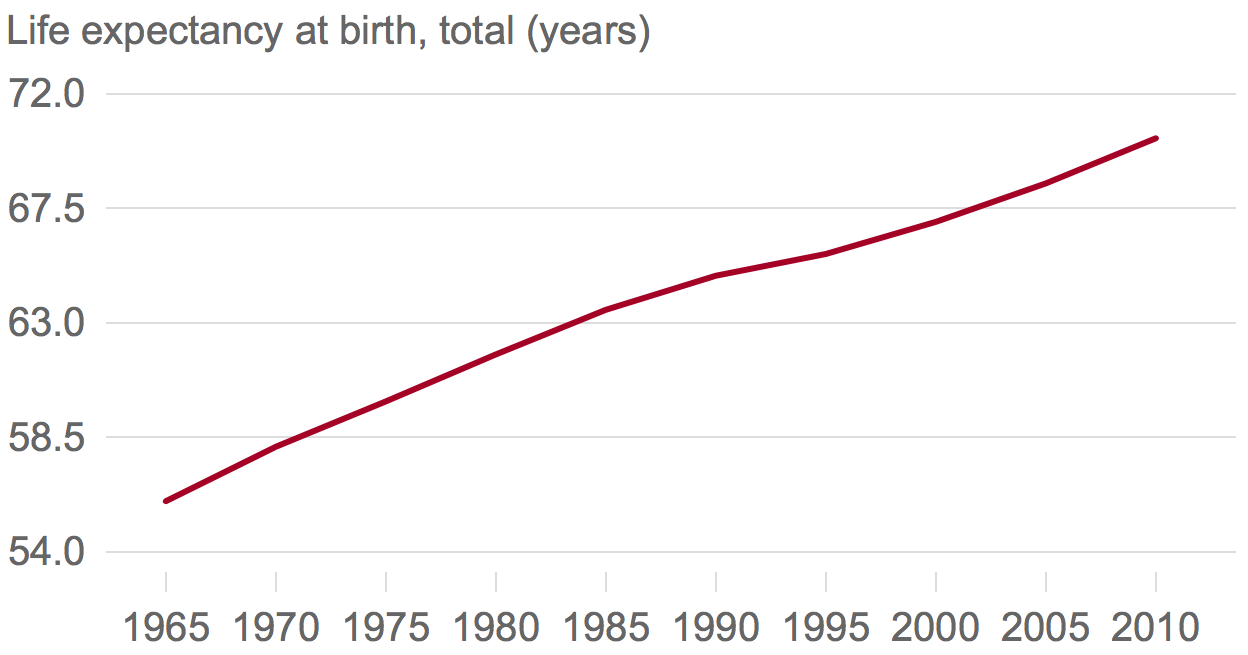 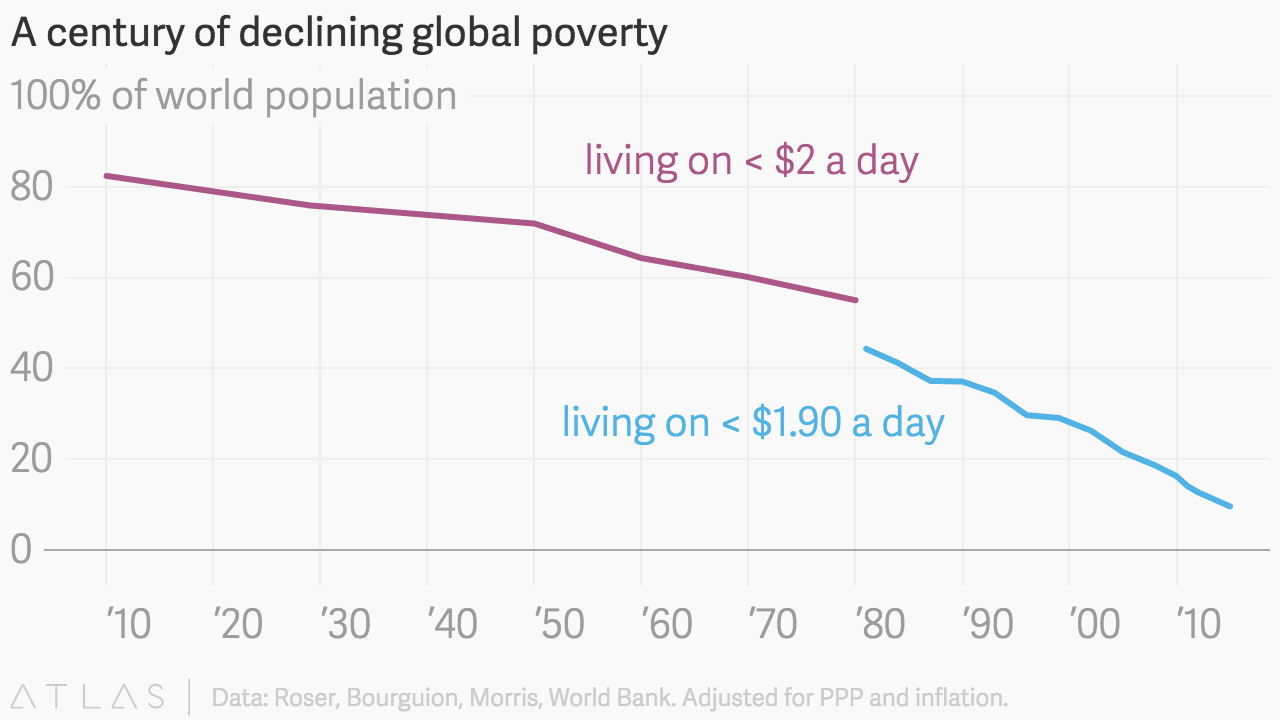 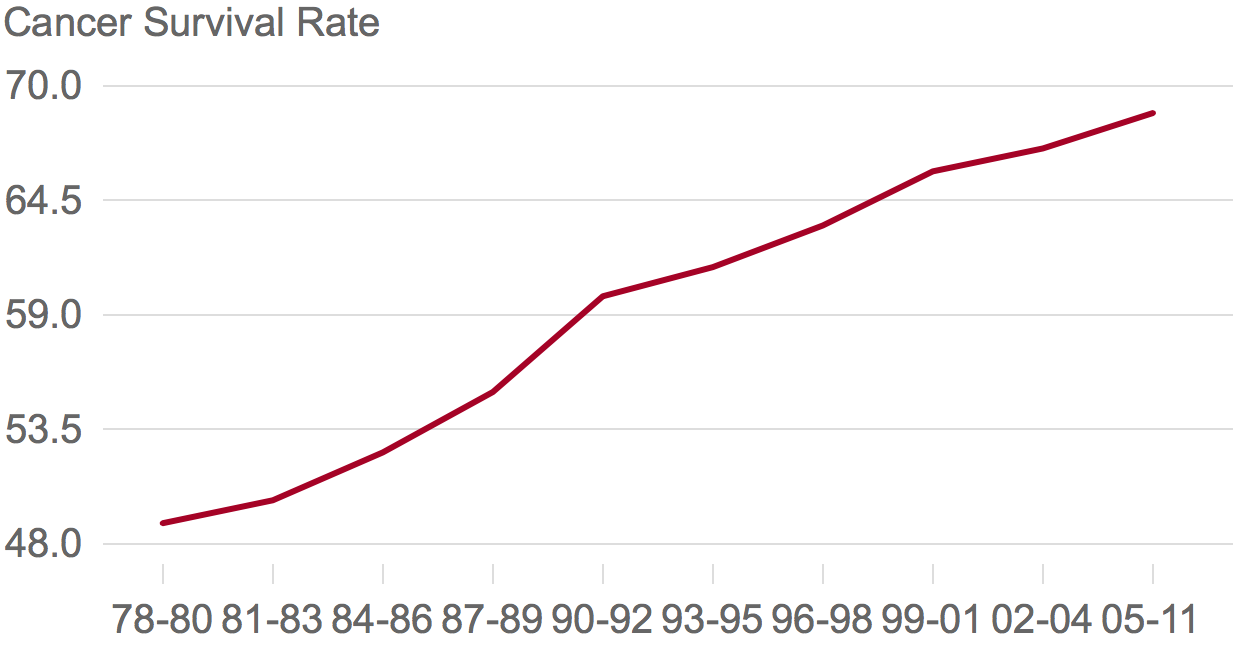 So why are these charts important?

Here it is…and this is the key:  because they have nothing to do with economics.

If someone says to you, “The dollar has lost 97% of its value in the past 100 years” this means nothing.

The cost of traveling across the entire planet is almost zero versus what it was.

And here’s the real trick. Ideas evolve faster than humans.

A human generation is about 20 years.

An idea generation might be just a few years.

Well, doesn’t that need knowledge workers? No, not at all.

For instance, if I have an idea for a car, I can outsource some CAD Designs for the entire car. Then I can send the CAD Design to a 3D Printer in Malaysia. Then I can print a car.

Oh and by the way, then I can sell it to you.

All without having it in my inventory.

I should say, this is impossible right now.

BUT… I know it’s going to come true. How come?

Because the technology is all there and it’s growing at 200-300% per year.

Right now, for instance, at a very basic level – there are people who design jewelry.

They use simple CAD designs which they send to Shapeways, a 3D printing company using the latest technology.

Shapeways prints the jewelry and sends to the customer.

I hired a researcher who spoke to several people who had stores set up on Etsy. They are not making great livings (yet) but they ARE making a living.

They never even see their inventory. This is called “dropshipping” when you outsource every aspect, including the shipping, of your business.

Jewelry is easy. Cars are hard.

But the benefits of 200% growth per year every year is that we are not so far away from printing whatever we want.

Remember the charts I showed you earlier?  How is this related?

Because technical innovation has dug us out of every hole we’ve ever been in.

You can argue: but what if the government gets heavily involved in commerce?

One chart that I didn’t show (honestly not sure the best way to do it) is how quickly capitalism has turned impoverished countries into developed ones.

And how quickly the developing world is turning into a first world.

This is driven by governments that want to stay in power.

Governments that have great economies stay around.

And, oh yeah, also their leaders get rich.

It’s no secret that the heavily in debt Bill Clinton (when he left office) is now worth over $150 million now (and Al Gore is worth over a billion).

But who cares about them…

Since we know these trends are coming, how can you make money?

I’m going to get into the mechanics of how to build your own information product in a future newsletter.

But I want to tell you a story of a friend of mine.

He invests in both private and public companies with me. He makes his money by researching everything going on at the FDA (all of the innovation in biotech).

He sells this newsletter for $10,000 a month (!) to pharmaceutical companies.

So he only has a few customers. But they pay him a lot.

Something similar can be done with any of the trends mentioned above.

I mention this not because you should necessarily do this.

He couldn’t outsource that idea.

But he outsources all the research.

Every day I get emails, tweets and Facebook messages from people who are trying just one of the techniques I mention in my books: writing down ten ideas a day.

The latest email I received said, after two weeks “it was like magic”.

I’m not saying this because you should necessarily buy my books.

Actually I’ll tell you right now NOT to buy my books…not from Amazon at least. I can tell you why later if you’re interested, but it’s basically because of a solution I came up with that is helping a lot of people every month waaay more than I could ever do in just a book.

But back to what I was saying…which is that you can start researching some of these trends on your own.

And I will also be writing more (a lot more) about them as they become more and more mainstream.

Here’s what to do now: be the first, be the expert, and you can start thinking of ten ideas A DAY on how to make money off of them.

The first was to write a business-to-business very expensive newsletter about the latest technologies in each sector.

The second one was to outsource product design, development and shipping, and set up a store as if products were sitting right there in your garage.

There will be hundreds, maybe thousands, of business opportunities popping up in the next few years on all of these technologies and we will be diving into them as they appear, plus other opportunities in trends as well.

…oh, and of course I have a plan for telling you all of this.

So keep an eye on your email.