WHY THE STOCK MARKET DROPPED: MY TWO CENTS 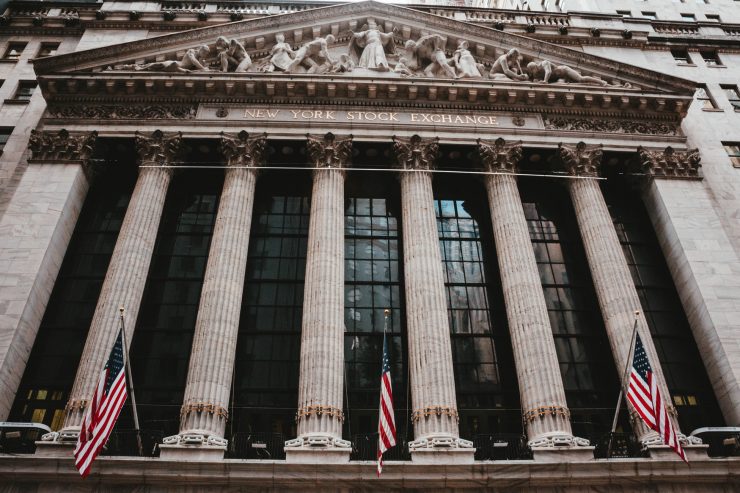 I hate writing about stocks. I used to outsource my happiness to the moves of the stock market.

Day by day, minute by minute. I was miserable.

But I’m seeing too much BS in the news so I just wanted to make some comments and point out things not typically in the news.

The stock market (the Dow Jones index) fell 1400 points in the past few days and I started to see the usual “Dr. Doom” style pundits begin forecasting doom and gloom.

The points I’m about to make aren’t even about the past two days.

But they are about the things you need to look at when making major decisions with your money. And not rush into irrational behavior.

It’s important to understand this one cognitive bias: Herd Behavior.

When a movie is over, everyone shuffles to the aisle and rationally waits to leave through the exit.

But if someone yells “Fire!” then the cognitive bias known as “herd behavior” takes over. Everyone gets irrational. The exits gets clogged with a mass of people. And then people die.

To survive in the investing world you have to avoid herd behavior. Don’t get burned by the fire. Or even the rumor of “fire!”

The pundits on the news are just trying to make money by yelling “fire”.

If the below is a little technical, ask in the comments and I’ll try to answer. But it doesn’t matter. Just note that things are always a little more nuanced than what is portrayed.

The key to everything in life is to stay in the game for the long term.

FIRST: FAQ ON WHY THE MARKET WENT DOWN

** Why did the market drop?

Because people are afraid the Federal Reserve is going to keep raising interest rates.

** Why would this be bad for the stock market?

Because when interest rates are TOO HIGH there is more incentive for people to keep money in the bank than for people to invest in the stock market.

There is also less incentive for companies to borrow money to explore new innovative projects so there are less jobs, less inflation, etc.

** Why does the Federal Reserve raise interest rates?

Because when there are signs that inflation is heating up, they want to avoid too much inflation and they want the economy to slow down a little bit.

Not really. Inflation is around 2%, which is normal.

But with unemployment near all-time lows, demand for employees will go up in the future, which will increase wages, which inevitably will increase prices.

So the Federal Reserve tries to get ahead of this by raising interest rates.

** Why are we even worried about interest rates?

Because the media needs headlines and they need to say “The Dow fell 1400 points because…” and they point to interest rates.

Plus, Trump said the Fed is “going crazy” causing people to panic even more about interest rate increases in the future.

But, as I’ll show below, Trump’s comment was more theatrical than practical and the worries are mostly nonsense.

FAQ ON HOW TO THINK ABOUT THE CURRENT ENVIRONMENT

** When does the Fed normally raise interest rates?

Federal funds interest rates are at 2.25%.

“Neutral rates” (the rate level at which the economy can still grow without inflation picking up) is usually considered near the Nominal GDP, give or take. So we are still very far from being in a danger zone with economic stagnation.

** Is the stock market overvalued?

If you don’t know what the “P/E ratio” is don’t worry about it. It’s a standard way of valuing the market and determining if its overvalued or undervalued.

There are no rules that say P/E ratios have to be 20 but since it’s less than 10% higher than historical, with profits going up, this doesn’t seem to be a big issue.

** Can the market still go up?

The forward P/E ratio (next year’s estimated profits) is 16.9, which leaves room for the market to grow heavily next year even though, again, the 20.2 is an average and not a rule.

The point is: there’s no stock market bubble.

** Is the Deficit a problem?

The size of the deficit is never the issue. It’s a country’s ability to PAY BACK the debt that is always the issue.

Interest payments on the federal debt are about 1.4% of GDP.

** What about the future?

Interest payments on debt could rise in the next decade or so as entitlement programs get more expensive but there is plenty of time for reforms before that happens.

Before the recent slew of tariff increases, the US tariffs were below every other country. We’ve simply stopped subsidizing the rest of the world.

Canada, China, Europe all had higher tariffs on our goods than we had on theirs.

** Who makes the decision on interest rates?

Trump will end up appointing six of those Governors. And he appoints one of the District bank presidents (New York) and the Minnesota head (Neel Kashkari) is against raising rates.

In other words, Trump controls the Federal Reserve although he is not admitting that.

Trump is looking at the 2020 election. For better or worse, he will pump as much cash as possible into the stock market.

This may be a net negative after the election but it’s a positive right now. (More cash = more jobs).

** How else does cash get into the stock market?

The Fed is not the only way cash gets into the economy.

The recent overhaul of Dodd-Frank raised the threshold on what banks need to be regulated, freeing up thousands of community banks.

All banks were regulated in the financial crisis of 2008-2009 but smaller community banks were not really the source of the troubles so it makes sense they are deregulated now.

This will mean more banks will be lending, more houses built, more jobs created, more money flowing into the economy.

Markets fell because of headlines. But don’t let a yell of “FIRE!” cause you to make irrational decisions that you normally wouldn’t make.

I know that I am irrational also. I tend to be too optimistic. I tend to smile too much.

But, we all die sometime. Might as well smile a bit.