This Is Your Brain on Stock Market (Part 4 of 4) 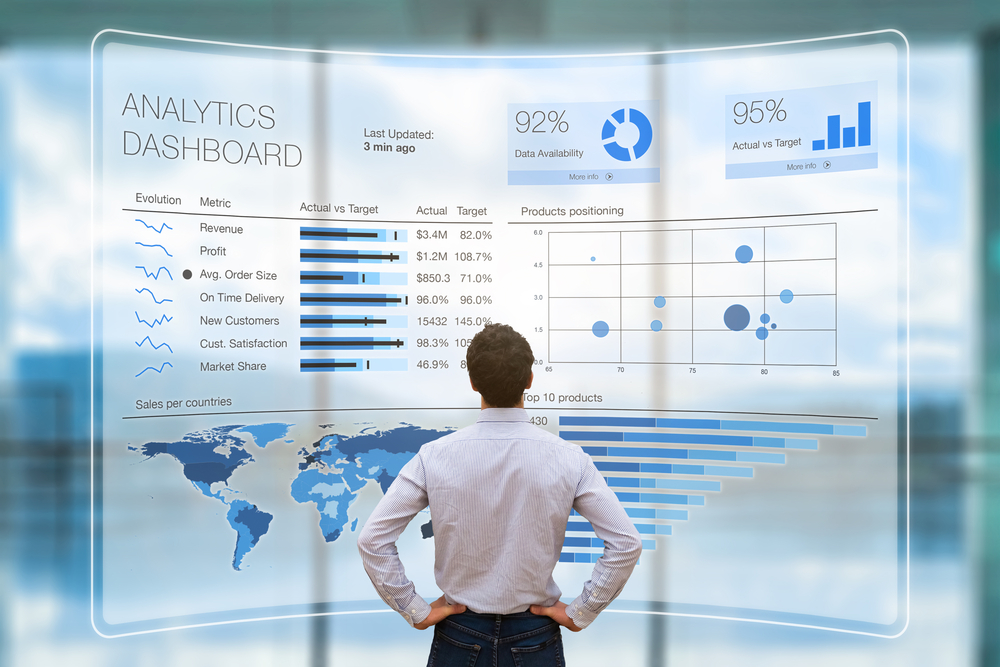 I called someone and I think I started to cry.

Years later, this moment went down in history as the “Flash Crash of 2010.”

For me it was just a Tuesday.

Eight years earlier, I watched the markets blow up firsthand. I behaved irrationally like everyone else. I lost everything.

I knew whenever I lost my appetite that it was probably time to buy. But still… even with that impeccable system, it wasn’t as good as the software and artificial intelligence I wrote to sift through 8,000 stocks to find the best picks of all. When, what price, what stock.

Everyone either laughed at me or hated me. And I was very sensitive. One friend of mine said, “This friend of mine who works at Goldman called me and asked me why I was friends with you.”

I said to him, “Well did you defend me? You’re as bullish as me!”

Instead of becoming irrational like I used to, I looked at the May 6 Flash Crash for what it was…

If you take a look at a chart from that day, you’ll see a big trench, where the line goes straight down and straight back up again. You can’t see it without going, “What the hell happened here? Did someone make a mistake? Did some computer glitch out?”

Yes. All of that.

From the outside, it was like witnessing a glitch in the fabric of the market. Caused by biases and irrational behavior.

Because once the market started to fall, everyone went into panic mode and started to sell. It was a death spiral.

A few weeks later, when the market was still going wildly up and down (everyone afraid of another flash crash), I wrote down that stocks would soon return to all-time highs. Buy buy buy.

People thought I was nuts. This was when my mom called me and said, “Stop smiling so much on TV.” But I couldn’t help it. I smile when I’m nervous.

This I know: There’s a wide canyon between the rational and the real.

People who bought something as simple as an index fund when I made my call would have tripled their investment by now. They wouldn’t have seen a single day in the negative.

I’m not saying that to brag (because I was scared to death saying it on TV). I want to make a simple point:

Yesterday, I mentioned that the markets are confusing and chaotic right now.

My investments swing up and down for no apparent reason.

I used to wake up at 2 a.m., gnashing my teeth and worrying about that sort of thing. When I wake up at 2 a.m. anxious about money, I always tell myself now: “This is my pattern, so I’m going to make an appointment with myself for 2 p.m. to deal with this issue.” By 2 p.m., I forget what I was worried about.

Now, though, I sit down, I write some software, and I try to figure out what’s going on.

I began writing some software to see why the market has been so choppy. Swinging up and down for no apparent reason.

I stumbled across something interesting. Some patterns of irrational behavior that worked extremely well, revealing a particular kind of stock market glitch that lasts about 7 days on average.

I have almost 20 years of software and trading experience now looking at these patterns. Looking at the heartbeat of the markets through the eyes of my programming. I love seeing the patterns the software finds.

I thought: “This is my new ATM machine.”

I thought: “This is too good to be true.”

Back in 2003, I used to share the trades my software found with a bunch of my friends.

In April this year, I started doing the same thing with my new software. Sharing trades with a small group of my readers so they could help me beta test it.

I hate being salesy, so I’m not going to list off a bunch of big numbers here. I hate selling. I’m just going to tell you what happened.

Here’s what I will say: The numbers have been big. And they’ve been consistent.

I don’t want to sell my discovery to a hedge fund. I certainly don’t want to write another book about it, like I did with Trade Like a Hedge Fund (those patterns immediately stopped working after I wrote about them).

I want to share the software some other way.

I want to give people the thing that saved my life over and over the last 20 years: trading software that wakes me up and tells me what to do, so I can make the trade and go on with my life, and then get out a few days later.

Today, for the first time, I’m opening it up to regular people. Well, not everybody. Just the readers who have been with me. You.

I put together this presentation so people can learn more about the glitch and patterns I found, and see how they can get access to the trades I’m passing along from my software.

For now, I’m only sending this out to my readers. After Monday, I’m going to open it up to everyone who wants to be a part of it — at least until we hit our hard cap of users. Then… no more.

Or if you’re the type of person who always wanted to take advantage of automated trading software, but you don’t know how to code…

Or if you’re the type of person who wants to turn off the irrational part of your brain, so your investing gives you the freedom to live the life you want…

In other words, if you are like me and want to live a calm life in a sea of volatility.

I know you’re going to love this.

Give it a look and choose for yourself.

EDITOR’S NOTE: Recently, we’ve received a flood of emails from beta testers who made $907, $2,840, even an extraordinary $19,000 from single trades James passed along from his new software. Unfortunately, these gains are only possible if we keep the number of “users” small. That’s why, right now, we can only accept 1,085 new “users” to receive the trade recommendations James passes from his software.

Because he wants to share his new discovery with the world after Monday, we expect to reach this cap quickly. Click here to watch his special presentation before we have to shut it down.