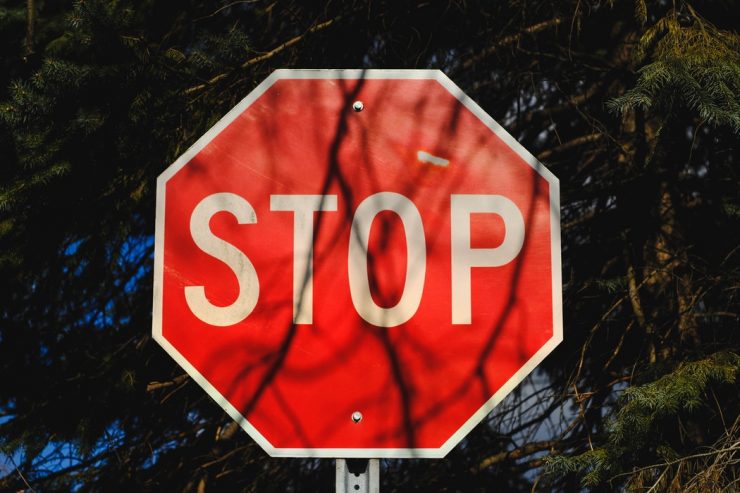 Michael Jordan didn’t make it to his junior varsity basketball team. We all know this already.

It’s not what made him a success. He didn’t make it to his team because HE WAS NOT GOOD ENOUGH.

He sucked. He admits it.

He went home and cried. He kept picturing the list of names that made it that were tacked to the locker room door. His name was not on it.

He simply was no good.

Many people fail and view it as a valuable experience. They think, “Now I’m a real entrepreneur. So if I just persist through this, I WILL succeed.”

The definition of insanity (ugh, cliché coming again) is trying the same thing over and over but expecting the outcome to be different.

You can’t improve by 5% and think that you are going to go from failure to success. Nobody can tell if you are 5% better. Or even 50% better.

You can’t just write another book and think it will be a bestseller.

You can’t just start another business and think that “Now I have what it takes to succeed. I’m going to be optimistic and persistent!”

You have to change your life COMPLETELY. Failure is awful! It’s shameful. It’s painful!

I hated that pain. Hated it! I hated it so bad I gave up. I stopped running a hedge fund because I sucked at it.

I was good at the investing part. I sucked at the raising money part. I just couldn’t succeed.

I found something to work really hard at (writing, podcasting, personal investing) and I worked 16 hours a day at it. I followed the 80/20 rule (20% of your work creates 80% of the value) but it takes a long time to know which 20% works!

I still work too much. I think I need to start relaxing a little but I don’t know where.

I also loaded up on Klonopin when the anxiety got too great. I was addicted to it.

If I tried to get off Klonopin for even two days I’d have hallucinatory nightmares while awake. I used painkillers to try and wean off Klonopin and then I got addicted to that. It took a long time to get all of that under control.

I also completely eliminated toxic people from my life.

I am a VERY poor judge of character. So I started to have a “one strike and you’re out” policy. I don’t know if it worked. But I love everyone in my life now.

And I changed my definition of freedom. It wasn’t money. It was being able to CHOOSE what I wanted to do every moment of the day. I’m up to 80% of the day. Which seems good enough.

Money is a byproduct of freedom. Not the other way around.

Michael Jordan got 10x better. Not 5% better. He would still suck if he only got 5% better.

Plus he grew 8 inches. That helped also.

A famous quote by Thomas Edison: “I failed 10,000 times before I got the electric bulb right”.

People quote this moronic quote all the time.

The only problem is: he never said it.

It’s part of our failure mythology. If we pray 10,000 times to the great god of Failure then blessings will rain down on us. Just look at Thomas Edison!

Here’s what he said in a 1921 journal: “I recall that after we had conducted thousands of experiments on a certain project without solving the problem, one of my associates […] expressed discouragement and disgust. I cheerily assured him that we had learned something. For we had learned for a certainty that the thing couldn’t be done that way, and that we would have to try some other way.”

He was an experimenter. Not a failure.

That one mindset change is everything.

He just worked harder at experimenting. He learned what happened in each experiment. He did what Anders Ericsson (developer of the “10,000 hour rule of success”) called “deliberate practice”.

Now we can see in the dark.

I know I write this a lot. But bear with me. It’s the only thing that’s ever worked for me.

And I desperately need it right now.

Last week, for the first time in 32 years, I had to go to a doctor. I had pneumonia.

The doctor gave me some pills and I got “better”. I put it in quotes because I have to think: Why now? Why did I get sick? The doctor can’t tell me that.

Something is wrong in the way I am internally trying to get better. Health comes from within. Success starts inside.

I have to look: am I doing my daily practice of getting 1% better in:

– EMOTIONAL health – Being only around people who I love.

– CREATIVE health – Writing down 10 ideas a day. Doing one creative thing a day.

I don’t know the answer yet. Something went off balance in those four pillars of my life and the result is that I got sick.

But I am experimenting. I am working on it. Writing about it is a way of reminding myself.

Remind me to tell you of the time I almost played one on one basketball with Michael Jordan.

I’m pretty stupid. But I love my children so there’s that.