Chances are, everything you hear, read, watch, observe today is total garbage. There’s great advice (heck, I’ve given it) that you need to be quiet and listen and learn. I agree with the “be quiet” but not with the listen. If it’s good advice to shut up then that also means everyone else is also spewing the mental garbage they ate out of their vomit mouths. So why listen to them?

It’s like eating food. Most people eat junk food, and along the way the food barely gets chewed, it pushes its way down your throat, into your digestive system, it throws your kidneys and liver slightly out of balance, and three things happen: you get some energy from the food (very little, judging on the energy levels of most people), you excrete some of the food (always disgusting) and you amass some fat that sticks around for years and years. What a gross thing it all is. To eat. To excrete. To hunger for more. To live. That’s why there are so many diet books and so many books about food cleansing.

But it gets worse I’m afraid. Because you also eat thoughts. Someone does something to you. Your father beats you. Your spouse cheats. Or you hear something. Or you read something. And that’s a thought or an emotion you “eat”. And the same thing happens! Some becomes energy, inspiration, positive, inside of you. Some sticks around and becomes fat, bloated, negative, slows you down, and finally some gets excreted in the most disgusting of ways: out of your mouth at a cocktail party, or a dinner, or a talk, or to your innocent kids.

Example: your dad hits you, it takes you years to digest it, maybe generations,  you get no good energy from that act, you talk shit to everyone (god forbid, you become a troll on the Internet – with a lonely existence of haunting message boards and spewing anonymous filth), and it weighs you down until you die.

All day long, to lesser or more extents, you are eating thoughts and emotions and beginning the digestion process on them. And it’s usually not good.

We become a society of thought-obese laggards with nothing but shit to say all day long, while billions of other thoughts are trying to work their way through our mental kidneys, our mental livers, clogging up the system, little mental fat particles sticking like glue to all of your insides, turning you into a living nightmare but you don’t even realize it.

So just like many people need a physical diet, or at least a fast, to cleanse the system, you need a listening diet. Stop listening to people. Just for a day. Or two. Or seven.

–          No news. I wrote about this before, but I was visiting the set of one news show and I was very excited, news from every part of the world streaming in, guests every five minutes being coordinated, fade ins, cues, etc. The executive producer leans over to me and tells me, “our job is to make sure we fill up the five minutes between commercials.” He knew it was mental garbage and he was feeding it to the masses.

–          No gossip. As much as I am addicted to ANY news about the Kardashians, just like I love my Pringles (and as an aside, the giant chip company of Pringles has yet to fulfill the request I personally made to them in a meeting in 1995 that they make plantain-flavored Pringles), all Kardashian news is junk food for the mind and soul.

–          No gossip, part II. You’re at work. Lisa and Billy have taken the day off, coincidentally on the same day? Are they fooling around this second?! Gossip! Everyone meet at the water cooler, shower off afterwards because we got a lot to talk about. Or let’s talk about the boss and how bad he is. Again. For the 8000th time. Stop listening.

–          Pop culture. It’s hard for me.  But I finally caved in to the “no TV” people. There is no TV on after 8pm that isn’t filled with the worst distortions of reality. In order for someone to make a good prime-time TV show people have to get divorced, kill each other, lie to each other, have intrigue  with each other. This is all very hard to digest. It’s like eating a stale bagel and thinking that’s going to be a pleasant experience when you finally have to shit it out.  No pop culture is worth listening to. No prime time TV.

–          Internet. We all go through “the loop”. My loop takes me twenty minutes now: Facebook, twitter, twitter mentions of me, my blog stats, my Gmail, my blog, my blog comments, looking up stock futures, checking the Amazon rank on my books. Heck, I have to confess, LOOKING UP MY KLOUT SCORE! (I have 4 new notifications today!) What the hell am I doing? I’m becoming a bloated tool, filled with fat hairy thoughts my Washington Post social app news reader has filled me with. I can’t digest this! I’m still dealing with the bullies who hit me.

–          Phone. For the love of god, I cannot hear anyone on the phone anymore. I don’t know what it is. Maybe I’m getting older or going deaf or I have too much wax in my ears from those “buds” that became common after the ipod was released. But the patent on the protocol that dictates how sounds are transmitted through phone lines was issued in 1958! So you never really hear anyone on the phone. You just hear the mutated garbage that is making its way across electronic lines. It’s hard enough to hear the mutation, let alone the garbage. No phone! And here’s my phone number. 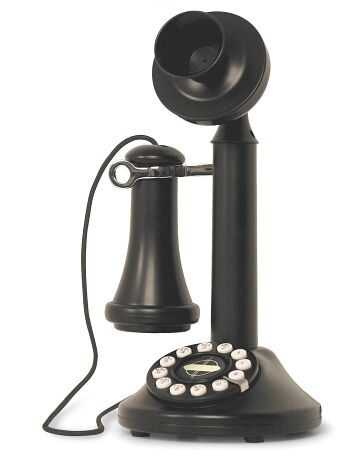 –         People. Anybody who hasn’t gone on the “listening fast” is filled with the same mental and emotional fat particles and excretions you are. For god’s sake, stop listening  to them. Once you listen to them, then now YOU have to start digesting that crap. It’s filthy and gross. If you are going to go on a mental cleanse you have to at least stop listening to any of the negative  people around you. Only people who inspire you or uplift you. Nobody who makes you feel bad. Nobody who brings you down. I know I keep making analogies to the digestive system but its TRUE. You are what you eat. And mental and emotional crap takes a 1000x longer to digest than physical food. Save yourself a lot of hours of therapy and medication. You need to take a mental diet from the creepy people. Maybe forever.

Please help me out below. What other sources of junk listening are there out there?

And I’m not saying, “never listen to anyone again.” We have to work. We can’t live in caves. We can’t disappear from our friends and loved ones. We’re householders with responsibilities.

Nor am I saying, sit on a pillow and meditate. That’s too hard for a lot of people. Meditation as it’s presented in the mass media is a scam. That’s like taking you away from your TV set, putting you on a track and saying, “ok, run a marathon right now. GO!”

You need to diet first. You need the cleansing. You need to get all the junk that’s been building up in your mental digestive system, (you know, the stuff you’ve been calling thoughts, worries, anxieties, memories, questions, answers, intrigues, obsessions) and clean it out before you can truly be silent.

You have 2-5 decades of garbage in your head you are still trying to digest. Your mental kidney is filled with mental kidney stones. Your digestive tract is filled with the worst form of concrete irritable mental bowel syndrome. Meditation is a mild mental stool softener. But it can’t handle the kind of crap and mental fat you and I are neck deep in.

It makes sense: you eat, you hold on to some things, you digest some things, some thoughts and emotions become energy, some become fat, and some are shat out through your open mouth and aimed right at the faces of other people.

But if you stop listening, and if you shut up, then what’s left?