How I Learned to Stop Worrying and Ride the Trend 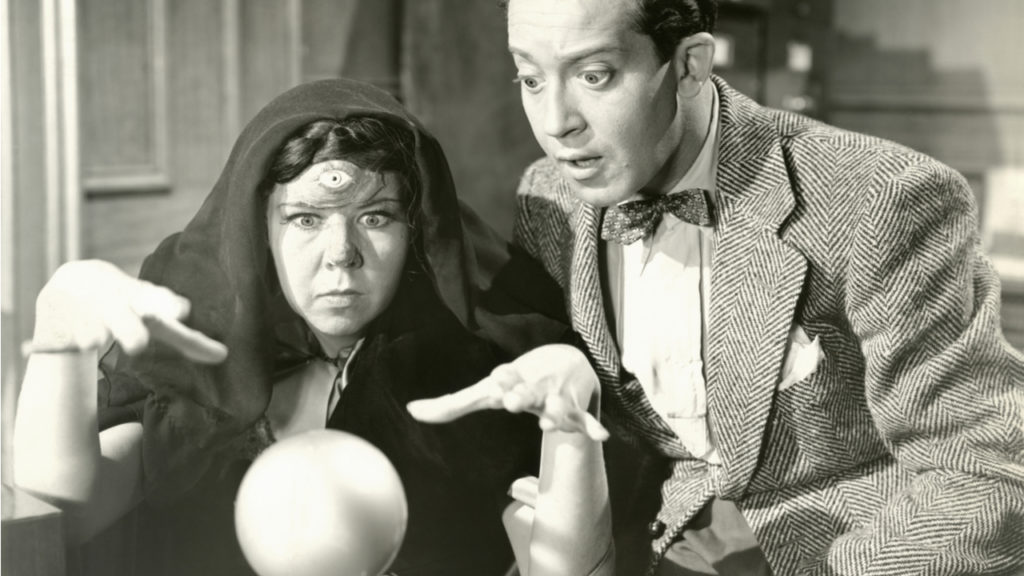 “I was very sick for a while. I would get piercing headaches all the time. But when the headaches finally stopped I realized I was psychic and could tell the future. I don’t want this ability. It’s too much of a burden and I can’t shut it down.”

I posted that to Craigslist over a decade ago. I was lonely and just wanted to email with people. I liked helping people.

I would tell people I’m not actually psychic. But they still wanted to ask me their questions. Ask me, “What should I do?” And, this is what surprises me, I’m still friends with many of the people I emailed with.

Nobody has psychic powers. But I’ve spent the past two decades making money on my own. And the only way to do that is to be ahead of what others are doing. To understand the problems and innovations happening in the world before everyone else does.

But predicting the future is risky business.

So how can you make accurate predictions?

After all, even the financial “experts” on the news get the future totally wrong.

CXO Advisory Group analyzed the predictions of hundreds of pundits to answer a simple question: Are the talking heads on TV right or wrong?

But I pulled that number out of a hat. And CXO did a study. So who knows?

What I do know is that I’ve seen dozens of examples of people making millions following newsletters, message boards, and independent sources of information…

But I’ve never heard of someone getting rich watching CNN Money or Fox Business.

Let me give you a $1 million piece of advice…

Don’t expect the mainstream media to show you how to make a fortune from new ideas or innovations. They’re always late to the party.

Here’s a quick example from my personal experience:

The New York Times reported that investors pulled $33 billion from the stock market. CNN Money called it the “year of uncertainty and volatility.” Standard & Poor’s chief investment strategist even suggested that we could go into a bear market back in 2010.

Anyone who bought an ETF that tracked the S&P back when I wrote that would have been able to turn every $1 they invested into $3.

Everyone started to panic and once again all the newspapers started spewing their “the world is over” headlines. One economic forecaster, whose name I’ll politely refrain from saying, called Dow 3,300 by the end of that year.

To quote Dr. Ian Malcolm from the film “Jurassic Park”: “Boy, do I hate being right all the time.”

So, what do you think? Lucky calls? Crystal balls? Psychic powers?

As Mark Twain supposedly said (he didn’t, but let’s go with it), “History doesn’t repeat, but it rhymes.”

What does “rhyming” mean here?

Trends = the past + STATISTICS + standing next to the smartest person in the room (and having access to that room).

It so happens we can use statistics like a crystal ball to predict the future. By doing so, we can see how trends will play out and pay off.

And then I’ve used my connections to make money from those trends.

Here are just a few of the predictions I’ve made that have come true, based on the trends I was looking at:

Almost nobody knows this about me, but I’ve been working on AI since 1986. I even presented a research paper at one of the largest conferences on artificial intelligence back in 1990.

I worked with people like Kai Fu Lee who invented the tech behind Siri and Alexa. I worked on “Deep Blue,” the first chess computer to beat the world chess champion, Garry Kasparov. (IBM even offered me a job to work full-time on it but I didn’t take it because of a relationship that lasted only two more months. Oh well…)

In 1994, the morning show NBC’s Today had a segment where one of the anchors asked, “What is the internet, anyway?”

In June 1998, mainstream economist Paul Krugman predicted the internet’s impact on the economy would be no greater than the fax machine.

What was I doing back then? Running my web-development company, Reset.

In the late ’90s, everyone wanted a website. That was the trend. I knew that eventually every single company would need a website. I didn’t just write that down. I started an entire company based on that prediction. So I built websites for some of the biggest companies in America.

I ended up selling that company for over $15 million.

(I lost all that money later. I should’ve paid more attention to the trends… stupid stupid me. After 2002, I got into Wall Street and worked with Victor Niederhoffer. I made my money back by spending years doing nothing BUT looking at trends and statistics.)

I went on CNBC and I called Facebook a $100 billion company back when Yahoo offered to buy it for $1 billion. People laughed at me on TV.

I saw the huge potential in social media, though.

I even started a business called Stockpickr from my kitchen table laptop, because I wanted to make a social media site for finance.

TheStreet.com partnered with me on it. I eventually sold my stake to them 7 months after starting that company, when they valued it at $8.1 million.

I’m going to say I was half-right on this one.

What happened was: I went on CNBC’s Million Dollar Portfolio Challenge on March 23, 2007.

I was looking at specific stocks and I saw that the big trend, there, had pushed certain stocks to double or triple. I didn’t see any more upside, so I called that play “over.”

Good for me. Good for anyone who saved themselves from calamity.

I did an interview with Maclean’s back in 2011. Remember, this was back when the market crashed. I called Dow 20,000 and everyone thought I was an idiot.

The Maclean’s interviewer asked me if I had any forecasts for the market in the future.

This is what I said:

“There’s going to be an enormous boom, and the reason is there’s a lot of cash lying around looking for something to do. The banks have almost $3 trillion, the non-banks have another $2 trillion, pension funds have another trillion or so in savings. There’s $5 trillion in this economy that’s all potential customers and investors, so I think this money’s eventually going to filter through and benefit all of us.”

Again, the trends were there, plain as day for anyone to see. Tons of cash building up, ready to deploy into the economy.

Since then, the stock market exploded upward, wages are on the rise, unemployment is super low.

I guess that cash found something to do.

When I first heard about bitcoin, I hated it. I even tweeted out in 2013 that “bitcoin is a fad, or a scam, or a Ponzi scheme, or worse.”

Then I dug into the data. I looked into the code. I read the white papers. I talked to the smartest investors and tech entrepreneurs I know. And I realized something…

So I learned. And I reinvented myself. (Another $1 million tip: always be learning.)

In fact, I became so confident in the crypto trend that I BUILT a store for my book, “Choose Yourself,” that ONLY accepted bitcoin.

This was back when bitcoin was little more than a laughing stock.

I even went on CNBC to talk about it, and the interviewer asked if it was a marketing stunt.

I also did an interview with Business Insider back then, around May 2013, about my bitcoin store and the reasons for setting it up.

I even bought into zcash with a group of investors early on. We made about 7,100% on that.

I did an interview where I talked about the early trend I was seeing in virtual reality back in 2016.

Here’s what I said:

One of the public companies I talked about in that interview was Nvidia.

That stock returned about 560% between my interview and 2018.

And this is a trend that hasn’t fully played out yet.

The trend was there, and it started to look negative. The writing was on the wall.

I still think cryptocurrencies are a huge opportunity for generational wealth… this trend ain’t over.

I knew marijuana was going to be big, back in the summer of 2018.

This is before Canadian legalization, and before pot stocks exploded back in October.

I even flew to Denver and did a “potcast”! [That post in still on my blog too.]

Since then, I’ve been covering this trend as it continues to play out… Giving people business ideas, stock ideas, options ideas…

Some folks listened to me and made some serious money.

People ask, why give out ideas for free?

What else is life for? I like to help people. Life and ideas are abundant, but our time here is limited. Living a full life means being part of a wider community that you contribute to.

Why am I telling you this?

Because when you notice a trend, you immediately have a handful of choices:

So when you’re looking for the biggest trends of tomorrow, you have to ask questions like:

This will help you so much more than a crystal ball. [At least I think so!]