The Thanksgiving When I Lied to Thousands of People 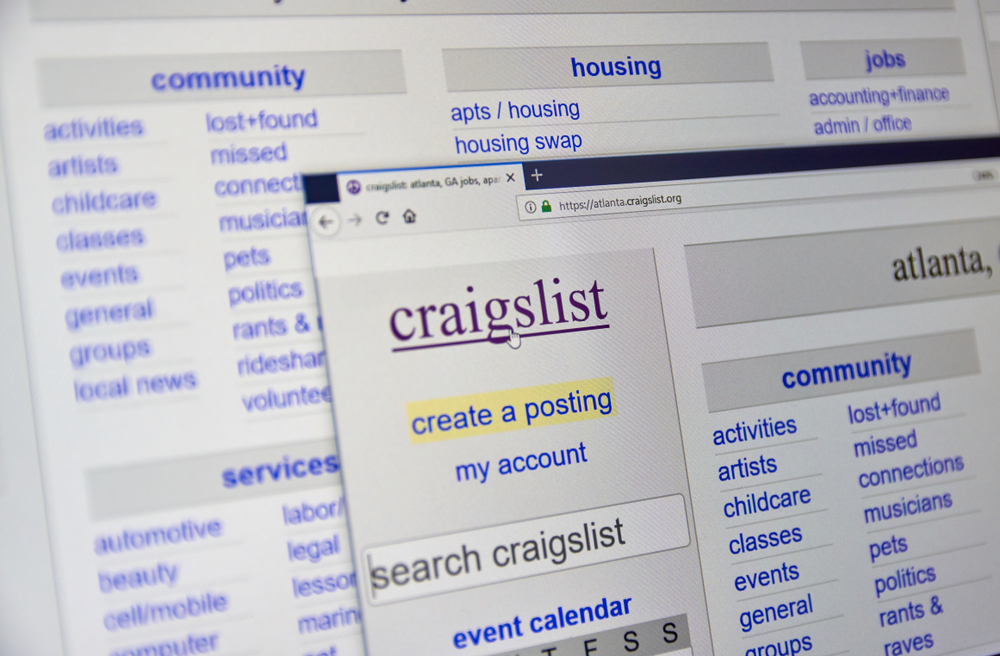 The first Thanksgiving that I spent alone was right after I separated from my wife.

By the end of that day I experienced: fear, loneliness, lying to thousands of people, and enjoying it.

I woke up and I imagined my kids saying, “Is Daddy going to be with us?” They were tiny still. They didn’t know.

My sadness was bottomless, thinking of them going to Thanksgiving at their aunt’s, asking, “Where’s Daddy?”

That’s when I put an ad on Craigslist.

I don’t like when people say what they are grateful for on Thanksgiving.

When I do that it feels like taking out the garbage only one day a year.

It’s also a cliche to say, “You should be grateful every day.”

Who cares? Nobody cares. I don’t care what people are grateful for. Life is hard. It’s difficult to just make it through.

Reminding ourselves to be grateful is a mean trick. It’s self-hypnosis to make it through another one of these days. These mean days.

I wrote this Craigslist:

I recently had a bike accident and I went into a coma. When I got out of the coma I suddenly could see the future. On this day, send me an email and I will answer any questions.

The day before, my friend Lisa asked me to come to her house for Thanksgiving. I said yes.

But then she called me later and said she couldn’t invite me.

Her daughter looked me up and said, “Mom! Why are you always inviting over guys who are married?”

I went out to a diner. Almost to spite myself I ordered the turkey sandwich.

Believe it or not, I thought to myself that one day this would look good in a story. To say I had a turkey sandwich in a diner on Thanksgiving day.

The waitress had served me dozens, maybe hundreds (who can even count events like this?), of times. For 10 years maybe I had a crush from her from afar.

I say maybe so as to not seem like a dirtbag.

I said, “Why aren’t you home on Thanksgiving?”

She answered a different question: “This is my last day here.”

After all this time. This was the first conversation I’d had with her.

“Where are you going?”

“I got my degree,” she said, “so next week I start teaching at a school for little kids.”

I finished my sandwich and went home.

I had 300 or more emails waiting for me. All from people responding to my Craigslist ads.

“I have a crush on my boss but he’s married. What should I do?”

“I’m trying to figure out what I should do with my career. Can you see what I will do next? Do you think I will be an actress?”

“My boyfriend and I have been dating for seven years. I want to have a baby. Do you think I will get married to him?”

On and on. I only looked at the emails from women. Why not? Who was going to accuse me?

I responded to each one. I gave answers that I thought were best but I also said, “I don’t need psychic powers to answer this. I’m just answering from the gut.”

When people asked me if I was really psychic I said no. I also asked several women if they wanted to have a drink that night.

All of them said no.

I like to practice solving what I call “difficult gratitude problems.”

A difficult gratitude problem is going broke and losing my home and family.

Another difficult gratitude problem is being stuck in traffic when you’re late for an important meeting. A meeting that can change your life.

Or I could solve the problem. It takes two steps:

A) RECOGNIZING that I am in the middle of a difficult gratitude problem rather than getting sucked into the vortex of anxiety and self-pity.

B) The SOLUTION. Like in this case saying, “I’m grateful I live in a city with so many opportunities that everyone else wants to be here, wants to go to meetings, causing the traffic I am in. What a wonderful place to be.”

Does it help? I can say yes. Because when I get to the meeting, it’s as if the dust in the attic is swept clean.

Every day I have difficult gratitude problems. I try to solve them.

For eight straight hours, I responded to emails. This was in 2006. I made Facebook friends with some of them.

I realized how happy I was helping people. Was I helping them?

Probably not. But it felt like it. Who was I to help people? I was on the floor of a hotel room on Thanksgiving having just eaten a turkey sandwich in a diner.

But it’s fun to connect. It’s fun to reach out through the ether and find other people abandoned on their lonely islands, sending out smoke signals to whomever can see them and respond.

In the years after, I’ve tried doing that ad again but it never seems to get any response.

But it did that day. And it lifted me from my grave. I had solved my difficult gratitude problem that day.

I’m still Facebook friends with many of these people from that day.

Several times after, in the next 13 years, I felt such despair that I didn’t know if I would live.

So many horrible things happened. So many Thanksgivings.

Difficult to picture what the next day would look like. Blackness.

I went to sleep that night, 13 Thanksgivings ago, and I was happier than when I woke up.

At that moment, suddenly everything became clear.