The 6 Surefire Keys to Dominate Anything You Want

“Mr. Ed” was a TV show about a man who owned a talking horse. I never watched the show so I can’t tell you much more about it. But from what I gather, whenever he had problems with his wife, he’d go outside to his barn and talk to his horse, Ed, about his problems. My dad thought the show was sexist. “He would talk to his horse instead of his wife!” my dad would say. So that show was out.

“Captain Crunch” was out. As were “Fruit Loops”. “That cereal kills your brain,” my dad would say.

I now know that a lot of things are worse for your brain. I wish my brain had some brain cells killed sometimes. The cells filled with venom, that infect cells filled with lust or anger or greed or gossip. Cancerous pockets of mirage fill my head sometimes, filling me with anxiety or worry. Did “Captain Crunch” do that? Did Mr. Ed fill me with rape scene after rape scene in my teenage years?

Forget your brain for a second. Your brain is your enemy. You can only succeed if you are utterly stupid. If you are successful there’s going to be a brief moment when even your closest relatives think you’re “disturbed” or “paranoid” or belong in a mental institution. That’s when you know you are about to succeed. There are six components to success. Only one has to do with the brain, if at all:

A)     Enthusiasm. I told my 12 year old I don’t want her taking tap dancing lessons anymore. She’s been taking them for five years. She’s been in a dozen performances or more. She could really be good if she keeps going for it until she’s 18. Here’s the problem: she should already be really good at it. She should be great at it. Five or six years she’s been taking it. Never once have I seen her practicing at home or looking at youtube videos of great tap dancers. I took her to see the best tap dancer in the world once. She was happy to go with me and spend time with me. But she fell asleep in the show. The highlight of that evening was we went to eat dinner together. I heard the guy next to us propose to the girl he was with. I offered to take their picture. They smiled for it. Then the girl told him, quietly so she thought I wouldn’t hear, “no”. that was the highlight of my evening at least.

The problem is Josie has no enthusiasm for it. I can tell when an entrepreneur has enthusiasm for something. If all he’s talking about is how big the exit could be, then he’s a loser. If he loves the subtleties and intricacies of the field he’s in, then I can tell he’s a winner. For me, what I have enthusiasm right now for is writing this blog. I have enthusiasm for nothing else. I read and write and think about this blog 20 hours a day. My entire day’s schedule revolves around it.

It’s hard to cultivate enthusiasm. But unfortunately its the first absolute necessary ingredient of success in a field. By following the Daily Practice I describe, you’ll find what you are enthusiastic about, even if it takes a little bit of time. 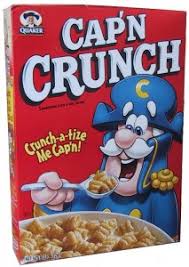 B. Perseverance. I’ve been without a real job since 1997. 14 years. Some years I’ve made money. Some years I’ve lost so much money I deserve to be taken out back and shot in the head like a war criminal for all the lives I’ve hurt or destroyed by failing to deliver. But I’m proud of the fact that I keep getting up. I succeeded too early. I was destined to lose everything. And I’ve done that more than once. Hopefully my perseverance pays off. Hopefully this time I’ve learned how to stand up straight and keep walking into the sun until it finally takes me away on the chariot of the gods.

D. Knowledge. I see a lot of pure garbage in the financial media space. I read a LOT of people who give stock tips. I can tell in just a few sentences who has done their research, who is getting paid to lie about a stock, who has never read the history of the game, studied the asset classes they claim they specialize in, studied the customer, studied the companies. I can tell. Because when the pool is shallow you quickly see the shit the little kids left at the bottom.

I can see it in blog writing as well. People who take it too easy and think the pageviews will come without the quality. The people who have never read a book in their life and then start blogging or even tweeting without creating any real value or even have an understanding of what value is. If you have enthusiasm for something then have to:

E) Clarity. People often ask me, “if I show you my idea then you have to sign a non-disclosure agreement.” I would never do that. If you believe in your idea, if you have enthusiasm for it, if you’ve built the knowledge and have confidence that you’ve built that knowledge, then you will always have more clarity in your business then I will. A million decisions have to be made correctly in order for a business to succeed. And that’s out of 2 million. If I make 49% of them correctly and you make 51% of them correctly, then you will destroy me. If you have clarity in your field then you’ll get your 51%.

In other words, you don’t need a non-disclosure agreement from me to destroy me if you have Clarity.

F) Flexibility. Not everything works out right. Things change every day. In a relationship, in a novel (writing one right now so this is where my mind is at), in a business, in parenting. Every single day. You can’t attach yourself to results. If you attach your mind to the idea of Google buying your company and not only do they refuse but they then create the exact product to compete with you after looking you over from top to bottom (and this has happened to me before) then you need to be more flexible. You need to develop aloofness from the final result of your efforts. The process itself will bring reward. You don’t need to think about it. Just keep pursuing it and have faith in the process. Your efforts are “religious” and the exit is a product of your faith. This post has some advice on how to diversify your efforts and keep flexible.

Everyone in NY sits around and talks fancy. They go to tech meetups, they go to meetings where they get nothing done and the meetings last for hours. They read the news, they make the news, they blog, they tweet – everyone is talking and gossiping and slandering other entrepreneurs, venture capitalists, reporters. Everyone’s a big shot who knows everyone. Very few people get things done. Stick to the six things above and nothing else and you’ll get everything done you had ever hoped for.

“Mister Ed: What do you say we go out riding and pick up a couple of fillies?

Mister Ed: Too bad, we could have a ball double dating.“

Is that really so sexist?