I met a girl in an elevator and asked her out on a date. This was between marriages.

The first thing she asked me on our date was, “How much are you worth?”

I had made and lost millions but nobody knew at that time what I had. I lied. I said, “$1 million.” But I was worth less.

“Not good enough,” she said. Still, we dated for awhile but then it ended. Like most things, it ended horribly.

I had made and lost so many times at that point that I had to ask myself: “Why can’t I keep the money?” 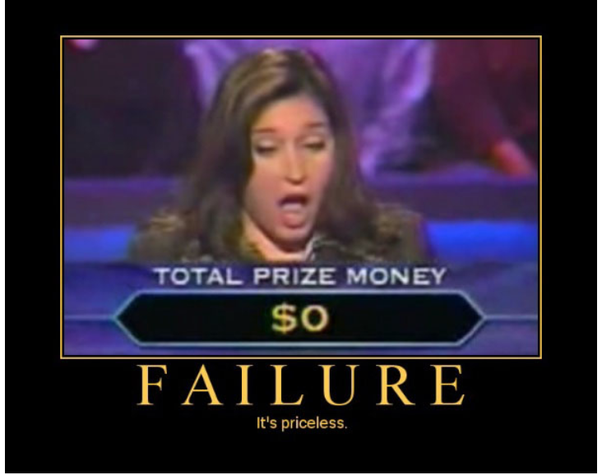 But it wasn’t any one decision. It wasn’t someone ripping me off, or me being irresponsible.

Every failure to become a millionaire will boil down to these nine reasons.

If you are sick all the time, you won’t be successful at a business. When I was a venture capitalist, I would never invest money to a guy hooked up to a ventilator.

Or even if I suspected they were clinically depressed (which I often was).

Many people avoid second dates if they find out on the first date the girl has late-stage terminal cancer. This is sad but reality.

Then you probably won’t get sick as much and you’ll have a lot of energy to do your business. If you’re sick in bed all the time, your business will fail.

When I worked for a private equity firm I fell once for no reason and could barely walk for a week or so afterwards.

My body was telling me something. I should’ve been fine but my body fell.

I quit the next day and had energy for the next opportunity.

I went out for dinner a few months ago with people who couldn’t stop talking, eating, and drinking.

One person had business ideas. The other person wanted to write a novel.

If you want to succeed, you first have to get up and start. You can’t watch Shark Tank — you have to be the shark.

You know you only want to have sex with a social media expert. Stop lying about it. Start your business.

You need to have a real passion behind the product you are creating.

Would YOU use the product? If you wouldn’t, or if you are not sure, then you have doubts. Steve Jobs WANTED an iPad, an iPod, an iEverything.

Doubts will make you fail because you won’t be able to make critical design decisions.

With one business I started, Stockpickr, I was obsessed with putting in new features. But EVERY single feature had to be something that would make me personally want to use the site more. 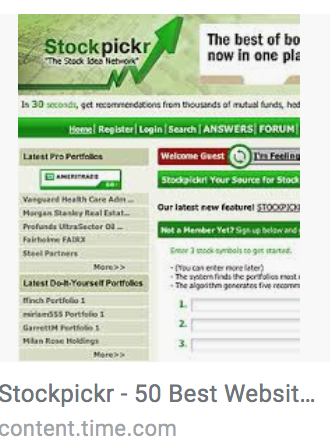 With Reset, the first business that I was able to build and sell, I only created websites that I would want to use.

I am lazy. I admit it. I like to watch TV and play games. I like to hang out with friends. Everyone is lazy some of the time.

If I am bored with something, I’m lazy.

But with a startup, or if you are trying to move up in the corporate world, or if you are falling in love with someone, you can’t be lazy. She wants to go tango. You want to watch Jay Leno. You’re a lazy pig. Go dancing!

Treat your money like you love it. Don’t be lazy about it.

Or she’ll find someone else to tango with.

But it does mean you have to work on all aspects of your life that give you energy — physical health, emotional health, creative health, spiritual health — so you can make smart, creative decisions when you need to.

So you can sell with enthusiasm. Negotiate with conviction. Manage the details. Constantly have new ideas.

And when you have put in the time, rejuvenate with good downtime. Go tango dancing!

Always wondering: Is this the right business? Or should I back up and start fresh with a new idea?

Don’t be constantly stuck in the middle of a decision. Then you are blocked.

If you’re stuck in too many middles, you get sliced up into bits of broken glass.

Your businesses implode, your relationships have to start back at zero. You vacillated and ended up with nothing. Congratulations.

You start your business. You launch your dating site. A few people sign up. But there’s no excitement. People stop signing up.

Traffic stays at a few dozen people a day. OK, no progress. You buy some Google ads. They sort of work. No progress. By the way, failure is not a stigma. It’s OK to fail.

Its just that having “no progress” might be an indication you need to move to another idea or business.

One business I once started didn’t seem to get any traction. I had no signups. Very few people were using it. Nobody cared.

I raised $1 million. But I was physically shaking the next day. My body was again telling me this was not going to work. 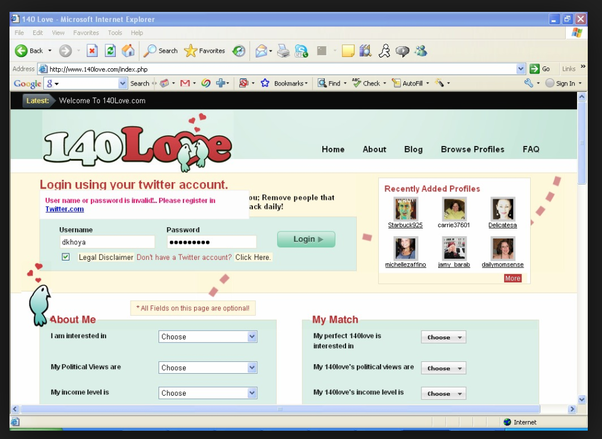 [My dating site for Twitter users was getting no signups.]

Nothing bad was happening. I just knew that no progress meant this business idea was not going to work.

I returned all the money. At first I felt like a failure. I failed “yet again!”

Persistence will get you nowhere if you keep running into a wall.

People start a business, and they think it’s the best geo-locator mobile dating discount app in the universe.

“It’s called ‘6th Circle’ because its a play on Foursquare and the sixth circle of Dante’s Inferno. We’re going to do five deals with major sidewalk companies in China to get the word out. The market is $18 billion in profits if we get everyone in Shanghai to pay 10 cents a day.”

Every day check the ashtray. Is there crack in there? Delusions will keep you from making progress.

There is something called “optimism bias” but I call it “smoking crack bias.”

We always think the project we are doing is the BEST. We become delusional.

Then suddenly, no money, no friends, no more PR, and you’re on your bed smoking your last piece of crack hanging onto the lonely panties of the last hooker who left you by yourself, not even bothering to dress as she slammed the door on the way out. This is your mind on crack.

I) You fall backwards

You’re losing clients. Your best programmer quit. Your traffic is going down. Your girlfriend is not returning your calls. Your boss promoted someone over you.

Time to get creative now. You need to think out of the box. Again, this is just an obstacle. Not a failure.

Learn from it. Adjust.

Consistently meeting ANY of the nine criteria above will prevent you from making $1 million.

And if you avoid these nine items, you will succeed. It may seem basic. Some people might answer, “Millionaires work 100 hours a day! Millionaires have 10 streams of income!”

I don’t know if that’s true. But I do know if you have some or all of these nine items working against you, then you WILL NOT make $1 million.

Be vigilant. Every morning ask if you are falling into these nine categories. Every afternoon. Every night.

Catch yourself when you first hit the obstacle. If you can clean the obstacles out, you’ll have success. Guaranteed.

How do you build the inner strength to avoid these nine obstacles to making $1 million?

Focus on these four items every day:

TRUST that this daily practice works. It works for me. 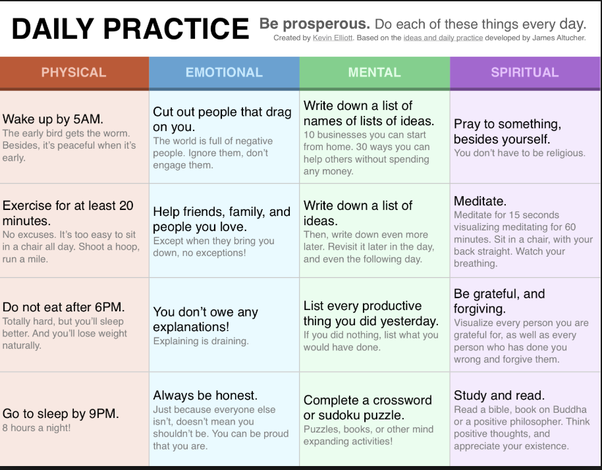 I finally stopped going through this painful, depressing, unrelenting cycle.

I started being honest with myself about what was costing me energy.

I made better friends. I fell in love. I exercise the idea muscle every day.

Sometimes I get stressed, anxious, scared.

Sometimes I get doubts. Or I get a little too lazy. Or I get “smoking crack bias.” But then I get back to that daily practice and it works. And I see it work with other people.

Businesses might fail, relationships might not work out, your old boss will be stuck yelling at the dead pieces of meat that sit in his office sucking up to him.

But no longer can anything stop you from succeeding.