The Case Against Andrew Yang 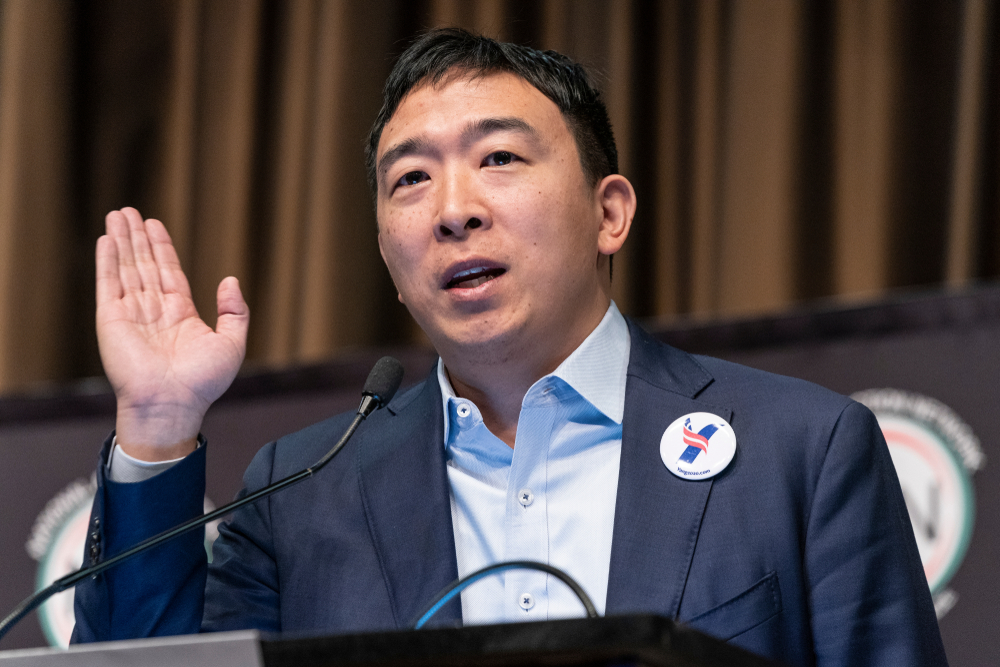 I posted a video once jokingly making a connection between “The Addams Family” TV show and my interest in Andrew. It got over 100,000 views.

He seems like you and me. Someone we could hang out with in the living room and just talk about life and occasionally veer into issues.

He has a sense of humor. He plays in the same sandboxes that I do. That we all do.

And when I started making the smallest of hints that I might like him as a presidential candidate, I got inundated with validation from the YangGang.

His supporters love him. LOVE HIM.

I got thousands of new followers on every platform. People welcoming with virtual hugs and love. It was like coming home to a home I never knew was waiting for me.

I even texted with him. He texted back! “We’re on the same team!” he said.

I read his two books. He is super smart. He is classically persuasive. Brings up fear, scarcity, provides concrete solutions, offers hope, and handles all objections.

I am blown away by his creative approach every time I listen to him. I want to support him. And I have never supported any candidate ever (well… Bruce Babbitt in 1988 maybe).

Then I got disappointed. CRUSHED even. I really wanted to like him. I wanted the YangGang to like me. I don’t want to disappoint the YangGang.

And I’m willing to be convinced otherwise. I’ve spent months researching him and his issues. And this is a short summary.

[Note: My wife asks why I don’t write this about other candidates. Answer: Because Yang is the only one who disappointed me.]

MY TWO DISAPPOINTMENTS WITH ANDREW YANG

Every candidate fear mongers. J.F.K. warned of Russia’s nuclear superiority. Thomas Jefferson warned that John Adams was a pseudo-monarch. Theodore Roosevelt warned of an oligopoly. Every candidate. Every election.

But Yang’s fear mongering on automation is wrong. Although I think the solutions are worth talking about. 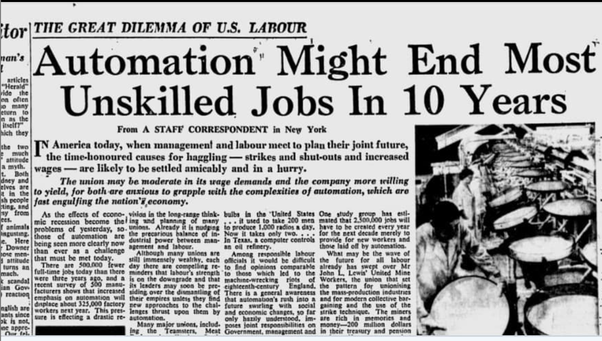 I just don’t like fear mongering for the sake of winning votes. Particularly when the candidate is smart enough to suspect he is wrong.

His main point: Automation will cause a loss of middle class jobs, which will cause mass social upheaval.

By “middle class,” he is not including blue collar workers who have already lost jobs.

He is referring to everyone from truck drivers to radiologists — all people making good incomes that cannot easily switch to new jobs.

This is, of course, rough, but it’s his elevator pitch.

He (and his supporters) say this time it’s different, because it’s the middle class and it’s harder for them to find new jobs, so they will be out of the workplace, and they have more power to cause trouble.

His solution is universal basic income (UBI), which he offers innovative ways to pay for.

However, he is not right about automation.

His biggest example is truck drivers. His estimate is 3 million out of 3.5 million truck drivers could lose their jobs. These are the WRONG sort of people you want starting social upheaval.

He is totally FEAR MONGERING, and I hope he is only doing it accidentally.

A) The truck driving industry is about 30% short of total employment.

They NEED more truck drivers. If automation can fill some of that gap, then great.

Source: Many if you Google, but one quote from trucking.org (which doesn’t have incentive to create competition for their members) says, “The shortage of truck drivers is at an all-time high.”

B) Automation is good for highways. Not city driving.

Let’s say automation takes 4 out of 5 highway truck driving jobs (even after shortage is handled).

More trucks will then be on the road, servicing the delivery of more products.

Which means more trucks will be needed in the city to do the last-mile delivery.

So quite possibly, the result of automation in truck driving will BOOST the economy, resulting in many more trucks on the road, resulting in MANY more truck-related jobs in the city.

Andrew Yang’s  prediction is ONLY one scenario out of many and happens to be the worst case and perhaps the least likely.

Another example he uses is radiology. That AI offers better diagnoses than human radiologists.

This is true. BUT nobody will lose jobs so fast. Only an MD can legally make a diagnosis. And even if this diagnosis is faster (resulting in fewer jobs), prices will go down, more people will get tested, more diagnoses will result, more jobs needed. More procedures needed (perhaps), more doctors , equipment, healthcare jobs needed, etc.

I can go on, but those two examples suffice and are the ones Yang brings up the most.

Although we are at record-low unemployment, Yang says this is not good since tens of millions of people are dropping out of the workforce.

This is a great way to combat the idea that the economy is doing well.

BUT… much of the workforce decline is simply a record number of baby boomers getting older and deciding to retire. 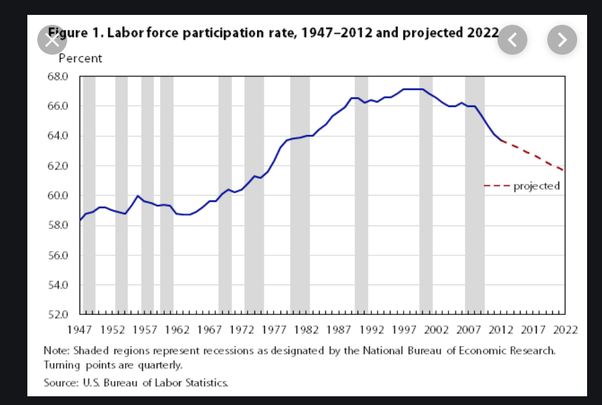 Yang is always saying MSNBC and other outlets don’t cover him, deliberately ignore him, don’t give him debate time, etc.

I believed him and I wondered, like the rest of the YangGang, why this was.

In the last debate, #LetYangSpeak was trending on Twitter almost the entire debate.

And yet… ANDREW! RAISE YOUR HAND.

In the last debate, Bernie Sanders was asked about his plan to excuse all student loan debt.

Andrew Yang has THE PERFECT answer for this question. This was a layup for Andrew.

He answers it in his book, “The War on Normal People.” He answered it on “The Joe Rogan Show.” Rogan specifically asked about Sanders’ plan and Yang’s response to it was what got me to read his books.

I was shouting at the screen, “Andrew, interrupt! Andrew, raise your hand at least! Show you have an answer!”

He could have demolished Sanders right there and shown that he was a better hero for the progressives than THE hero of the Progressives (although Yang’s somewhat of a closet Libertarian).

Not only that, he would’ve contested AOC’s narrative that his solution was regressive and Sanders’ was progressive when it’s actually the reverse.

BUT… he didn’t move. His arms tightly grasped the podium.

Maybe he wants his narrative to be, “Nobody lets me speak.”

But what is he going to do at meetings with Russia, North Korea, or China, when nobody lets him speak?

A president of the United States doesn’t have to be polite all the time. Particularly when the country is at stake.

He has to speak about the issues that are important.

Andrew Yang had his chance here and he didn’t take it and I don’t know why.

Yang is smart. He clearly has the charisma to gain passionate followers (as opposed to Biden, etc).

ATMs were going to cause chaos due to thousands of bank tellers being jobless (and now there are more tellers than ever because of the massive profits of ATMs led to a bank office on every corner).

Overpopulation was predicted in 1970 to lead to U.K. people dying of starvation by 1980.

And in every decade, it was predicted that automation was going to cause massive job loss.

It’s not different this time and I wish Andrew Yang had a better way to show his unique perspective and provoke interesting discussions around his solutions.

But part of this has to start with him simply raising his hand.