The Day I Lent a Billionaire Too Much Money

One time I was lying down on the sidewalk near the movie theater at Union Square. I used to like lying on sidewalks right around five or six PM, when everyone is rushing from one place (work) to another (fun). Letting people walk around me.  You might’ve seen me. It was 1999. It was getting darker and I was in a sweatshirt with a hood. I was lying towards the center of the sidewalk so you’d have to walk around me.

You ever try that? It helps also to pee while you lie on the ground. I never did that. But sometimes I’d spill water around me accidentally (it’s hard to drink from a bottle of water while lying down) so it would look like I had peed. There was something relaxing about doing this. Like nothing mattered and would ever matter to me again.

Anyway, one time I was doing this and this guy said, “James?”

It was a friend of mine who had a billion dollars.  “R.T.” was a male model at one point in his life. Then he was a drummer in a band. Then he wanted to be an Internet guy.  And all his girlfrends or wives or whatever were crazy female models. I never saw them do anything really crazy but sometimes you can just see crazy on a person. I was afraid of them. I got the sense all the time that he was lonely for friends.

Why did he have a billion dollars? One second, I’ll get to that.

We went to the movies together the night he found me on the sidewalk. We were right next to the Union Square theater so why not?

Then we went to an art gallery – Gallery Henoch in Soho. The gallery was closed but I banged on the window and there was one guy in the back who opened it up. He took out paintings from the back and showed us one painting after another. I bought one.  Life was good then. By “good” I mean “money”, “success”, and various pieces of good luck that let me alleviate some worries for a very brief window of time.  Good means different things  at different times. Sometimes good just means I can feed my family today. Sometimes good means a pretty girl I like, likes me back. Other times good meant I could lie on the sidewalk with what looked like pee all around me and not care what anyone thought while I watched the world move around me. That was good.

A week later the billionaire called me. “I need to borrow money,” he said. So I lent him the money he needed. “I can pay you back tomorrow,” he said.

Why does a billionaire need to borrow money ever?

A hundred-millionaire once said to me, “you never know what someone is worth until they are bankrupt.”

As an aside, this same hundred-millionaire once said to me, “James, I’m going to make you a rich man.”

Let me tell you something: nobody EVER wants to make you a rich man. If anyone ever says that to you, run as fast as you can in the other direction. 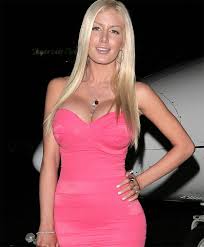 (Heidi Spencer is bankrupt. Now we know what she is worth)

My friend, the billionaire who needed to borrow money, was the only son of a dead billionaire father. His father had run a massive clothing empire. He was one of those gruff, scrappy, people who fought in wars, killed people, came back home, opened up stores in every ghetto, killed more people, and built up an empire. I wish I was a killer like that.

Then the father died.

A dead billionaire killer father like that doesn’t just leave his son a billion dollars. His son had been a fashion model, had been a drummer in a band, had invested in a company that made lightbulbs that were “extra fluorescent”, and on and on. You don’t get to be a killer war billionaire and then leave your money to a drummer in a band that poses for little photos in magazines. Everything gets locked up tight. Imagine you are holding in the biggest shit and you’re giving a speech and the President of the United States and the Queen of England is in the audience. That is TIGHT!

So my friend was a billionaire but he was also a dog on a leash. “My dad would’ve liked you,” he said to me after he ran into me on the sidewalk. But a few weeks later my friend needed to borrow money. “No problem,” I said and I called my broker and wired R.T. the money. My broker said to me, “he’s never going to pay you back.”

I never got the money back.

Two years later when I really needed it I called him and said I REALLY needed the money back. I was going broke. I was going to die. My kids weren’t going to have diapers that weekend.

About seven years later I ran into him. I was at breakfast at the Soho House, which is a club in Manhattan supposedly for artists but it’s so expensive only rich venture capitalists are members. I was with a friend of mine who was a member. We ran into R.T..

“James!” R.T. said. He was happy to see me. He was running some sort of online advertising company. He was with a friend of his. The friend said to me, “your name sounds familiar to me.”

(as was this man)

The friend said, “Maybe that’s it. I lost a shitload of money on Vaultus. They had the worst CEO. Thank god they fired that guy.”

[See, How I Cost Yasser Arafat $2mm and lost another $100mm in the process]

Then I went to my breakfast. “Who was that?” said my friend that I was having breakfast with.

“Someone who owes me a lot of money.”

Back to 2000: I was getting completely drunk in a bar at the Tribeca Grand Hotel. I was staying there for awhile (long story). I was so drunk that the next day at breakfast the waiters were all pointing at me, remembering things I had done, and laughing. I had been so drunk that I woke up that morning with my legs in the hallway and only my head had actually made it home to my room.

In any case, at one point much earlier in the evening, R.T.’s wife was at the bar. She said, “James!” I said, “hey, where is R.T.?” She said, “Hold on, he’s in China. Here!” She dialed him up and handed me the phone. There was that funny ringtone. “R!” I said when he answered. “James?” When the confusion settled down he said he was in China “doing something with Microsoft.” I couldn’t figure it out. We hung up and I gave the phone back to his wife.

Eventually she had to go. “It was so great to see you,” she said to me. And when I leaned in to give her a hug goodbye she went straight for it and kissed me right on the lips and even let it linger for a micro-second more than I expected.

Billionaires are killers. Their kids are crazy. Their kid’s wives are crazy. They are all lonely for friends. I’m not saying they are any worse or better than anyone else. But the rules are different. The game is different. And they don’t pay their loans back.

And for some reason, people like me let them get away with it.

That’s all I have to say about it.