The Easiest Way to Succeed as an Entrepreneur

I was the worst pizza delivery guy. Fraternity guys would chase after me as I was peeling out of their driveways after a delivery.  Why? The sauce and cheese fell all to one side.  I couldn’t help it. I also never got tips. Wende, my partner in our restaurant delivery business, always got tips. But she was beautiful, blonde, great smile, had personality, etc. And I secretly loved her.  I couldn’t compete. 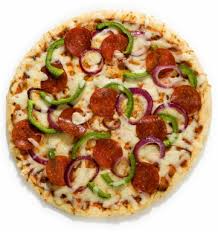 We also started a debit card for college kids. From the first day we were open for business we had college kids signing up for our card (there were no credit cards for kids then). And anyone who had our debit card could order food from the 20 or so restaurants in town and we’d deliver, but with a 25% markup.

I loved delivering food because it gave me twenty, or even forty minute breaks from my girlfriend. We were having troubles at the time. I’d sometimes stop the car between deliveries and just read. I was a screwed up 19 year old then. Now I’m only a mildly-screwed up 43 year old.

I’ve had seven startups since then. And some profitable exits. And another 20 or so that I’ve funded.

When I think “entrepreneur” I think Mark Cuban or Larry Page or Steve Jobs. I don’t usually think of myself. In part because I feel shame that after all of these startups I don’t have a billion dollars. Many startups fail. But I’ve had a few successes as well. Successes in a startup makes you feel immortal.

I was going to make this post: “the 12 rules to being a good entrepreneur” and I outlined the 12 rules that have consistently worked for me.  But rule #1 is taking up 1500 words already. Tim Sykes tells me I need to break these posts up more. So this one rule is going to take up the whole post. But, for me, this is the most important rule.

The MOST IMPORTANT RULE: Have a customer before you start your business. This is a corollary of the phrase, “ideas are a dime a dozen”.

There is another corollary: lazy is best. If you have to work for two years before one dollar of revenue comes into business then thats too much work. I’m lazy so I like money coming in with as little work as possible. Mark Zuckerberg, of course, is different. He put in years of work before dollar one of revenue came in. But we’re different people. 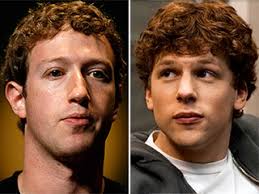 In about twenty minutes I’m going to go to the local café here, The Foundry, and bring a pad, order a coffee and muffin, and write down ideas for businesses. Then I’ll probably throw the piece of paper out. Because ideas are useless. They are just practice to keep your idea muscle in shape.

FAKE RULE: People say, “Execution is important”. That’s not really true either. Execution is useless. It’s a commodity. The only thing that’s important is money. You get money by having a customer. You get a customer by satisfying a need that’s so important to them they would be willing to pay for it.  If you have a customer that’s willing to pay you money, then execution becomes a lot easier. Life as an entrepreneur is hard. Why make it harder for yourself?

I like stability as much as I like taking risks. So for me, I need a customer. It’s a matter of how much risk you want to take. In an earlier post I suggest reasons why people need to quit their jobs and jump into the abyss. If a customer happens to be waiting for you in the abyss then you won’t be lonely there.  Loneliness is bad for a startup.

Tom Clarke, the CEO of thestreet.com called me up in mid 2006. He wanted to meet and brainstorm ideas with me. So I had about two weeks to prepare. I called up a development firm in India. MySpace had just been acquired by NewsCorp so I sketched out what I considered the “MySpace of Finance”. I threw in every idea from my own trading.

In other words, I wanted to create a site that I would use as a professional trader and so I knew other traders would benefit from it. And, I had a theory about making a quality financial site that basically had no news in it. I’m going to be blunt: 99% of financial news is useless and misinformed and misleading, if not outright lying. My ideas for the site were purely based on my own ten years experience as a professional trader. In fact, I had just turned down working for a multi-billion dollar hedge fund based on a specific strategy I had. Instead, I implemented that strategy within stockpickr.com.

Within a week, for free (because I told the company in India that I would be building the site with them if they sent back good screenshots, which was true), the company sent me back screenshots. I met with Tom and told him, “I’m almost done with the site. Here it is.” (I exaggerated) And I showed him the screenshots. I had set up meetings with Yahoo and AOL as well to discuss them so it wasn’t a stretch to say, “I’m also talking to Yahoo and AOL.” Nobody wants to be the first customer, so you have to create the aura of many customers.

And so he said, “why are you talking with them? You’ve been with us forever. Lets do this together.” So we negotiated right there. I said, “great, how about you guys take 10% of the company and put all your extra ads on all of our pages and let me link from every article back to Stockpickr.com (the name of the company).”

He said, “I thought we were partners. Lets do it 50-50.” So right away, I had given up 50% of the company. Most people I spoke to thought this was a horrible idea. In fact, one of my employees quit because I did this: but giving 50% of your company away is often better than giving 10% of your company away. When you give 50% of the company away, your partner is obligated to follow through and be a real partner. He can never forget about you. Its also always a good thing when the most popular person in financial media, Jim Cramer, was also a 50% partner in my business since he was the founder of thestreet.com. If you can get the top person in your field to take equity, you’re golden from day one. Again, its all about making life easy. With family responsibilities, health, life in general, why make things even harder for yourself?

So, at that point, without even having a site finished (or even started): I knew I had three things going for me:

A)     I was going to get traffic. I could write three or four articles a day and link each one back to stockpickr all over the article. The street.com got 100mm pageviews a month so I knew I would get some percentage of that.

B)      I was going to make money. If I got even 3 million pageviews a month and the average CPM of thestreet.com (according to their SEC filings) was $17,  I would make about $50 thousand a month with expenses nearing zero. What if I put 3 ads a page on the site? Then I would make even more. Slap a 40x multiple on a growing company and before I even started I had real value.

C)      Profitability and growth from day one meant I could put the company up for sale almost immediately. But that’s another story.

When I started my fund of hedge funds I didn’t put one dime into the expense of setting it up until I had the first $20 million commitment. $20 million with a 1.5% management fee meant an instant $300 thousand in revenues, plus extra money for legal fees, etc. Enough to pay a salary or two. It took a year of cultivating my network before I had that commitment, but it worked.

This is just me, personally. Some people don’t mind starting a company without any customers. I’m too conservative for this. I’m happy to even give up equity to get that first customer. 50% of a profitable company is better than 100% of a company that will probably quickly go out of business.

How do you get that first customer?

– Who? List the 20 CEOs or high level executives you would like to meet. If you have a rolodex, great. If you don’t, then you might have to write to 40 people. This is why its important to Exploit your Employer and use some of the other ideas mentioned throughout this blog. But its ok if your rolodex is cold. Many successful businesses I’ve been involved with started with cold emails.

– Ideas. Develop 20 ideas for each person. Get your idea muscle in shape first.

– Communicate. Write them all, giving at least 10 of the ideas, in detail, and how you would implement them. Sometimes you have to dig for their email address. Like I did here.

– Meet. All this does is get you the meeting. Once you’re in the door, the conversation can go anywhere. Of the 20 people you write, rule of the universe is you’ll get six meetings.

– Ask. In the meetings ask the question, “what one product can I build for you that you will definitely buy?” Remember, execution is a commodity. Because of globalization you can build anything for cheap. I built the first working version of Stockpickr.com for $3000 in Bangalore. Throw in another $150 from a design made in Siberia. You need zero skillset for that. Just a good idea muscle, an ability to sell, and modest ability to manage a project.

– Follow up every day. Nice to meet you. Here’s my sketch of what you want. Is this right? Should I start today?

– Equity. If necessary, give up equity for that first customer. Or first two customers.

– Done. If more than one CEO wants the same product or service, and the price is right, then now you have a business. Build the product, sell it, and you’re in shape.

This has worked for me on three different occasions. And each time resulted in great profits for me. By the way, this technique has also worked for people who have contacted me with their own ideas.

Listen. You’ve been hypnotized. You’ve been told you need a corporate job. You need a college degree. You need stability. You need the white picket fence. You need the IRA and the health insurance. Snap your fingers in front of your face. The American Religion is a myth, just like the movie, Thor, is based on a myth. Stability is only in your mind. There’s $15 trillion dollars in our economy, recession or no recession. Its falling like snow. Reach out with your tongue and taste it.