The Greatest Artist You Never Heard Of

We were in the East village on St Marks and A where all the kids hang out. It was 1997. Jon was running around trying to do high school crap like “did you hear what this drug addict just said about you? Are you going to take that?” His whole technique was to keep the camera as hidden as possible and to just show up day after day so people would just think he was part of the scene and would forget all about the camera. And then he would get them to fight each other so he could film it. “Never do a documentary with someone just talking to the camera,” he told me, “that’s boring. Get them to fight until they bleed or die. And never move the camera away.”

I spent part of each of these nights talking to one girl with dreadlocks. She told me she was sick from cancer. She was lying to me. She told me some rich guy was “helping” her. Every now and then she’d disappear because the rich guy was around. But then we’d talk again. All her friends were prostitutes. But she said she wasn’t one. I, of course, believed her. I kept thinking about the cancer she said she had.

But I would always talk to that girl with the dread locks. I thought that if I wasn’t married I could “save her” from his mess. From the 3am world where everyone had cancer, where the night slammed everyone into the wall and forced them to confess and cry and blame and forgive until sending them out into the world unprepared, unknown, used up before they were even twenty years old. I wanted to save her because I had the ego to think I didn’t need saving. In other words, I had enough ego to think I was in love.

When I got home I’d always put on the same song, for some reason. It made me feel lonely even though I had a wife, friends, family, coworkers I liked, a job I loved, a business on the side that made me work hard and provided money – I had everything going for me but I wanted to feel lonely because the night sometimes did that.

Harry Nillson wrote and sang “One”. I didn’t even know who he was until a little invention called youtube put 2 and 2 together and realized that’s who I really wanted to listen to when I wanted to relive this memory. 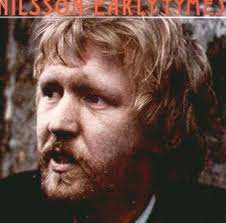 His rendition is much better. “One is the loneliest number that you’ll ever do.” In the background, is a monotonic beat that apparently was inspired by a busy signal. That’s a feeling I can relate to. “Now I just spend my time making rhymes of yesterday”. Three Dog Night was over-produced. Harry Nilsson just gets right down into it. He’s lonely, he’s sad, and he never gets better (his heart eventually killed him after all his friends died and all his money stolen).

So I read up more about Harry Nilsson and realized some more things:

A)     When Lennon and McCartney were each asked, independently, who their favorite singer/songwriter was in the US they both said, “Nilsson”. I had never even heard of him before.

B)      One of my favorite opening songs to a movie since I was a kid was the song “Sweethaven” from the 1980 movie “Popeye”, starring Robin Williams, directed by Robert Altman. I’ve listened to the opening theme song over 100 times since then. I actually got the soundtrack. Guess who wrote it. Nilsson. I just found this out two days ago. He wrote all the songs in the movie.  [Here’s the youtube link of sweethaven]

C)      He didn’t finish high school but lied on his job application for a job as a computer engineer (in the late 50s!) that he did.  He was so good with computers they let him keep his job after they found out he lied. He kept his job until 1965, even after the Beatles were calling him the best songwriter in the US.

D)     Some guy in 1960 bought songs from him for $5 a track. When Nilsson blew up and became huge the guy was going to re-release them and generously offered Nilsson a better deal when he didn’t have to. Nillson replied, “Don’t worry about it. You already paid for the songs. $5 a track.”

E)      For months I’ve been trying to remember the name of a TV show that I had loved as a kid but I just couldn’t remember. It turns out that Nilsson appeared in it AND sang a song in it. “The Ghost and Mrs. Muir.” What a beautiful show that was. Nilsson sings about a love that could never happen and the Ghost says to Mrs. Muir its how he felt about her .They don’t make shows like that anymore. [here’s the youtube link – “it’s just no good anymore when you walk into an empty room”] 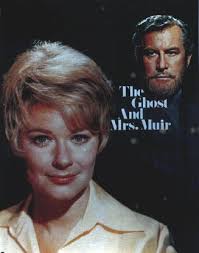 G)     Nillson died broke. In the last year or so of his life he realized his financial adviser stole everything he had. She spent two years in jail. He died of a massive heart attack. A guy who was so conservative with his money (not quitting his computer job until he had already produced several #1 hits) and such an amazing artist died completely broke. Financial advisers suck. From Madoff down to this woman, all I hear is about how they screw everyone over all the time.

Jon Alpert and I finished that segment. We then did the Riker’s Island segment. The meat packing district segment (we followed around a dozen transvestite prostitutes for weeks) . We did a segment where a bunch of famous authors would play hockey every Thursday at three in the morning. I spent hundreds of hours editing. Sheila Nevins, the head of HBO’s Family Programming said, “I love it. But for HBO you need to either show your neighbors fucking or someone shooting their mother while naked.” So it didn’t make it to the air.

But that’s ok. It worked out for the best. I left HBO and started “Reset”, my first successful company. And I had that girl with the dreadlocks in my memory. I know its stupid to think I felt anything for her. But every night we were down there I played that song “One” afterwards. What a corny thing. So clichéd. Only now I wished I had played Harry Nilsson “One”.

I didn’t know many things back then.