THE MOST AMAZING STORY ABOUT BITCOIN YOU'VE EVER HEARD 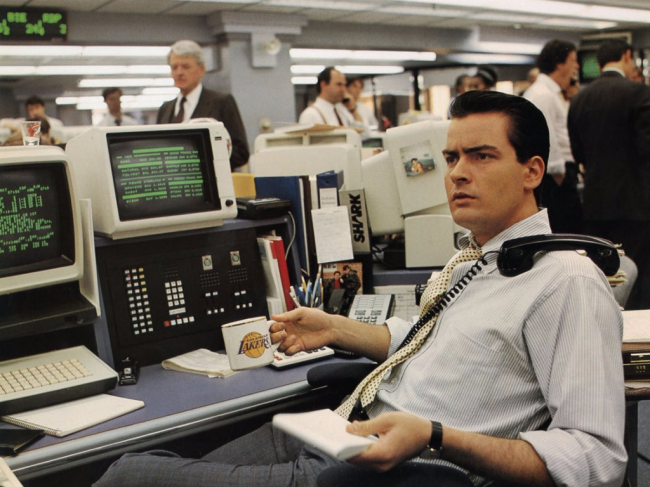 A month ago, a top trader from the NY Stock Exchange approached me.

“I have someone who desperately wants to buy $100 million worth of bitcoin,” he began. “Can you help me find a seller?”

He then added, “I will give you a million dollars if you can find me one.”

I called everyone I knew who might own $100 million or more in crypto. I know quite a few people who qualified.

When dealing with this massive amount of money, you can’t buy it on the exchanges. It will skyrocket in price. But the demand was there!

So I said to my friends who were sellers, “I have a buyer ready to send you $100 million cash for your bitcoin.”

One guy said, “There is no way I would sell at these prices. In fact, do you KNOW anyone I can buy MORE from?”

Another told me I was crazy for even calling him.

Most told me the reasons they are holding bitcoin… All the reasons it could double or quintuple(!) from here.

All of the same reasons I’ve shared with you in my Masterclass.

So no luck. The whales are not selling… instead, they’re looking to buy.

And it’s not just the Wall Street elite here in the U.S. either.

Here’s another story I heard recently through my network.

When Trump pulled from the nuclear accord with Iran, Iranians got scared.

The wealthy non-religious population of Iran lost trust in their currency. So what currency did they run to? The only choice: Bitcoin.

Shortly thereafter, according to discussions I had with the brokers of these transactions, OVER $2.5 BILLION of Iranian Dinars fled the country and went into bitcoin.

But how did they buy that much without the price of bitcoin spiking?

They avoided exchanges. And instead tried to buy direct…

Good question. Remember, the supply of bitcoin is FINITE.

When you go to Coinbase or some other exchange to buy a bitcoin or two, you’re fine. The market is not affected by small volume…

But when there’s $100 million or $2.5 billion flooding the exchange… The price skyrockets and the buyer will be forced to pay more than $7,000 by the time the purchase is complete.

And big money buyers want to avoid that if possible.

So instead of going to the exchanges or tapping a Wall Street network, the Iranian people went to their allies… the biggest bitcoin miners they can find.

Remember, “miners” are the people who create more bitcoins. Without getting too deep in the weeds, they do this by offering up their computers power to the bitcoin network.

They are the creators of bitcoin supply.

So once the Iranian’s’ hordes of cash exited the Dinar market, $2.5 billion of bitcoin simply….disappeared. The miners are essentially out of bitcoin.

And demand is going up.

My friend, the NYSE trader, called me a week after our call practically crying, “Have you found someone who wants to sell $100 million bitcoin yet? Please!”

“I’m sorry,” I said. “I know big bitcoin owners but NOBODY wants to sell. In fact, all of the smart money is trying to buy MORE.”

Supply is fixed or growing slowly. And demand is rising, so the biggest buyers (and the retail buyers) have to buy on the exchanges now.

I believe the demand surge is going to continue. And as the supply of off-exchange crypto dries up, bitcoin prices will have to rise.

But here’s the real story.

The big opportunities are in the smaller lesser-known cryptos. This is the real next boom.

You know I believe bitcoin and ethereum are the core of every crypto portfolio. And holding just those will be great for you long term.

But, several of the small cryptos we have recommended in Altucher’s Crypto Trader months ago have now JUST been added to the biggest exchanges so people can finally easily buy them.

Our advice and predictions have been correct.

We predicted 95% of the coins were scams and will go to zero… CNBC reports over 800 cryptos are trading for under $0.01.

They will go to zero soon.

But there’s a lot of reasons to be bullish.

There are 38 million millionaires in the world who will ALL want to put some investment into the latest crypto currencies.

I think cryptocurrencies will replace paper money in the near future. There’s only $100 billion worth of bitcoin but 15 TRILLION DOLLARS worth of paper money.

Bitcoin has surged 25% in just the past few weeks. JUST LIKE IT DID EXACTLY THIS WEEK LAST YEAR.

Over 289 crypto-focused hedge funds have launched in the past few months.

And for the first time, the SEC has actually hired a “crypto czar” to oversee all of the applications for bitcoin ETFs. Her name is Valerie Szczepanik.

So far the SEC has not been approving Bitcoin ETF applications. This will now change with the appointment of a dedicated person (with six years crypto experience and 20 years SEC expderience) whose sole job is to get one approved.

I expect an ETF to be approved from a major institutions by Dec. 1.

Demand is going to surge unlike anything ever seen before.

I am a big believer in “Choosing Yourself.”. I believe in getting “un-stuck” from the rules of society. Breaking free from the cubicle so that nobody else can make decisions for you but YOU.

Yesterday I met a friend of mine who a few months ago got interested in the smaller cryptos. We spoke about which he liked and which ones he didn’t like.

He’s gone from bartender to one million dollars in the bank because of cryptocurrencies.

I want to help people choose themselves and have freedom.

This is your opportunity to do just that.

I have never seen anything like this. The closest I’ve seen is the internet in 1995, when billions and billions of dollars of wealth were created.

And I want you to come along.

So I am doing something I never did before.

[Note: You can join us at Altucher’s Crypto Trader and claim our best offer by clicking here.]

Look, you probably own bitcoin and ethereum. And you absolutely should.

I also want to get you access to my full portfolio of cryptocurrencies.

I have a portfolio ready for you to immediately start with. The five currencies that have the potential to move the greatest during the next surge, which could start as early as the next couple of months if Amazon starts to accept cryptocurrencies for reasons I have long expected.

After I first announced that Amazon is looking at this they registered the domain name Amazon.crypto, showing that they are getting closer. It could happen as early as its next quarterly earnings announcement.

Demand from the smart money is almost desperate. They know and they’ve heard and they’ve seen that changes are coming.

And not to mention the crypto ETF’s that could allow every investor on the planet easy access directly from their brokerage accounts.

This will skyrocket demand.

But supply is VERY limited. Which is why I only want a limited number of people to respond to this email by August 15. Only if you really are serious about getting involved in this opportunity.

PLUS, you get my portfolio we’ve spent months researching, studying, talking to the smartest money in the space.

But, I really am serious about you responding to this email and learning more. Cryptocurrencies are changing the world. I want to tell you why and how you can benefit the most.

You won’t get started if you just read about bitcoin. I want you to get started.

38 million millionaires are about to start investing in this. Just like what happened in 1995 with the internet.

Even CNBC recently said bitcoin skeptics are changing their minds: “A staunch bitcoin bear says this recent surge might have legs.”

Why should millionaires just be Wall Street connected?