The Most Popular Way People Get to My Blog! Yay!

The single most popular way people have arrived at my blog who have no idea who I am (so this eliminates all social media) is by typing in the words “I Want to Die” into a search engine.

Specifically that phrase: “I Want to Die”. In Google. A smaller percentage typed: “how can I die?” Then they got to this post.

And it’s sort of obvious why.

They’ve lost money. We associate money with not only net worth but self worth. When we have less money we tend to get sick, stressed, depressed, and we lose touch with family and friends. It’s harder to be a good parent. It’s harder to be a good husband. We feel like a zero. Like a less than zero. Money doesn’t solve all  of our problems but it solves our money problems. Whenever I’ve lost money, or been down to zero, it’s been very hard for me to function.

People, as a society, stopped making money in 2007. Think about it – they always made money beforehand.

In the 1950s for the first time ever we had dual income homes. That gave us extra spending money. Then a booming stock market in the 60s. Then inflation in the 70s boosted our incomes artificially. Then we had the 80s junk bond boom. Then we had the 90s Internet boom. Then the 00s housing boom. Then…

The government said, “don’t worry about it, we’ll step in.” So they printed up $1.6 trillion. Guess what? The banks now have an extra $1.6 trillion in the bank.

Someone forgot to give us the money!

So what do people do? They type “I want to die” into Google and hit my blog. It was the most popular search term after “altucher”.

Suicide is a form of pornography. It’s frowned on upon society. It’s taboo to talk about it. In fact, if you talk about it too much everyone will think you need to consult a therapist. Most people won’t admit they’ve ever experienced suicidal thoughts. And with good reason, pornography and suicide are often associated with crazy weirdos.

There’s no real advice for people who want to die. You can’t say, “cheer up, bud, things get better.” Sometimes they don’t. You can check out this post to do a double-check and make sure that it’s not you that want to die but some feeling or situation inside of you.

I can’t give advice on this other than the above post. But just ask yours, what would happen if you changed everything?: 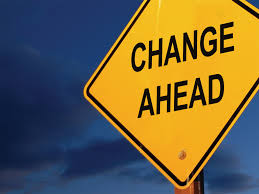 C)      Change your friends (or double the time you spend with friends). Or make a new friend each day. Or contact an old friend.

F)      Sell your house, move, downsize (anyone who is going to talk behind your back about you downsizing should die. Not you).

G)     Take up two hobbies you spend at least 2 hours a week each on. For me, I started taking chess lessons. And I’m still determined to do standup at some point. Or I want to take singing lessons.  I started my “idea muscle” by thinking up jokes for a standup routine and then calling  a friend in California who was a sitcom write and running them by him. One in ten were “decent” !

H)     Stop talking to anyone who brings you down, even if it’s your family. Just stop. Don’t show up for family gatherings. Don’t show up for friend gatherings if they bring you down. Doesn’t have to be forever.Just a break. If they get upset then its their problem. But completely stop. Block them on facebook if you have to. (See my post, How Deal with Crappy People. I also have an upcoming post: How to Deal With a Crappy Boss]

K)      Say to yourself, “I’m going to save a life every day.” Sometimes that means you just smile at someone who didn’t expect it. Or you say, “you look good,” to a girl lost in their dreams walking on the sidewalk next to you

L)       Shower ever day. Guess what: in the shower there’s no phone, there’s no email, twitter, facebook, nobody wants you, and a side benefit: you get clean and you can daydream for awhile.

M)   Take the  stairs instead of an elevator. Easy exercise.

N)     Write a diary. Don’t write a to-do list. That’s stressful. Why be so ambitious. You want to kill yourself. That sucks. Write about everything you actually did today. Every little detail. You did a lot more than you think. Write it as a facebook note even. Let your friends know what you did today. They will be impressed and inspired.

O)     If you think, “everything would be better off if I were dead” then think, “that’s really cool. Now I can do anything I want but I can postpone this thought for awhile, maybe even a few months.” Because what does it matter now? The planet might not even be around in a few months. Who knows what could happen with all these solar flares. You know the ones I’m talking about.

P)      Do the “ ‘NO’ TRICK”. If you find yourself thinking of that special someone who is causing you some grief then whisper in your mind, “no”. Then, everytime  you think again of that person, whisper “no” a little louder. You may end up shouting “NO!” and everyone will think you’re crazy but that’s ok – you are crazy. You just typed “I want to die” into a search engine. That’s pretty crazy. This comes from the 70s pop psychology classic,”Don’t Say Yes When You Want to Say No”: 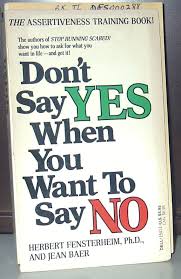 R)    Tell someone every day that you love them (as long as they love you back, else DON’Ttell them).Doesn’t have  to be romantic love. Can be friendly love.

S)  Don’t have sex with someone you don’t love.

Anyway, this isn’t advice for the 4,722 people this past month who typed “I want to die” into Google and ended up on my blog. Maybe some of them need real help from a therapist or doctor.

But this is what I did when I wanted to die. Every one of these things. And here I am. I am still alive.

Buy my book, “I Was Blind But Now I See”  – How to stop the brainwashing and learn to be happy.