The Next Trillion Dollar Tech Business 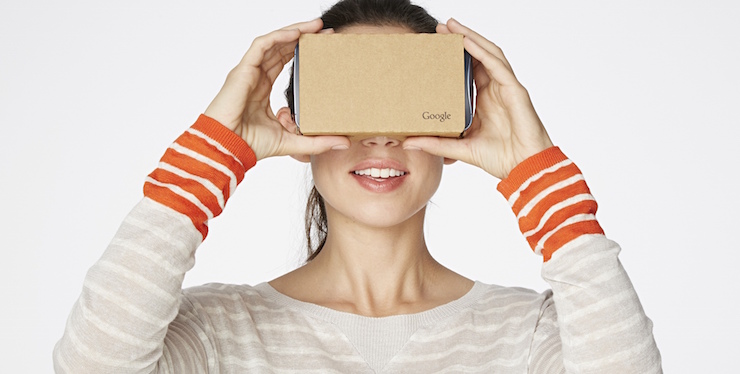 I was talking with my friend Steven Kotler, author of several of my favorite books like “Bold” and “Tomorrowland” and one of the foremost thought leaders on the state of the future. We were talking about virtual reality.

But the truth is, virtual reality has the power to impact our culture like no innovation before. We will literally be living in a new world.

One thing Steven mentioned is that, for reasons too complicated to dive into, VR will be able to release the five most potent pleasure chemicals in our brain: norepinephrine, dopamine, serotonin, anandamide and endorphins. These chemicals make VR really fun and addictive. Like a video game on crack.

Or jobs. Think about it. A virtual world opens up literally endless possibilities in terms of a brand new marketplace. Why go to a store to buy a shirt when you can try on and purchase a customized fit without leaving your house?

Hell, you could climb Mount Everest if you wanted to, or go to the polar ice caps to study global warming.

VR has the capacity to launch the largest migration in human history. As in, we could basically be living entirely in a virtual world. Working, making friends, having meaningful experiences.

I have to admit this to you. I’m a little scared. I don’t know exactly what this world will look like. What will this mean for the non-virtual world? Will any of us ever leave our couches again?

But the truth is, it doesn’t matter if you’re scared. People are already buying VR headsets. The future is here, and it’s virtual reality. And we have to pay attention.

So here’s some good news.

Technology is constantly accelerating. Every year, it’s getting faster and faster, developing and expanding exponentially. And when it does this, it creates huge opportunity. VR is going to create an opportunity like we’ve only seen twice before.

(Related: How to make money off of trends…It’s one thing to recognize a trend like VR or robotics, but making money off of it is another story – Let me show you how.)

First there was the Internet. This was a trillion-dollar opportunity. It’s still ongoing, but the Internet is the present—not the future.

The app store was the second trillion-dollar opportunity. The entire ecosystem of smartphones and tablets and the cloud and applications moved computing into our hands.

And now the third trillion-dollar opportunity has finally arrived: virtual reality. This year for virtual reality is like 1994 for the Internet. The first commercial AI headsets will be launched. The chips are being developed. The storage is getting prepared. The entire infrastructure for the third trillion-dollar opportunity has been created in the past 20 years.

Many of the companies creating the technology and hardware are private. But some are public.

If you think that virtual reality is a rising opportunity (and you really should), then these are some public companies on the forefront of the technology:

Facebook just announced details for the Oculus Rift headset, which is now on sale for $600. Credit Suisse is predicting they’ll sell 5 million units this year, while Piper Jaffray says less than 4 million.

Either way, the company is looking at at least $2 billion in sales this year, but it won’t be profitable for Facebook until 2021 at the earliest. It might be interesting in the same way that Amazon (AMZN) is interesting—it doesn’t make money, but it is the platform of the future, so the stock rises (until today).

Alphabet is there too, with something called Google Cardboard, which is a simple cardboard viewer that wraps around a smartphone and costs around $20.

Rumor is they’re using it as an entry for a $200-$400 version that will launch in the next year. For what it’s worth, the app that you use with Google Cardboard has been downloaded 15 million times.

Google may have failed reaching mass market with Google Glass, but they learned a lot about what the consumer wants with the technology. This could potentially give them a first-mover advantage over some of the other companies they are competing against.

Sony is apparently working on a VR headset for the PlayStation, and it’s interesting because it has an established user base to sell to (PlayStation owners). The company’s is on track to sell 120 million PlayStation 4s during the device’s lifetime. Piper Jaffray thinks Sony can sell 1.4 million headsets in 2016.

This is largely speculation, but Apple did acquire a software company called Metaio last spring for $32 million and it holds several VR patents. It also recently bought PrimeSense for $345 million.

The company’s engineers are best known for designing the first motion sensors for Microsoft’s Xbox Kinect. I can’t imagine Apple won’t get in on this somehow, and the stock is beaten down, so it’s a good time.

Microsoft is going the same route as Google, with the HoloLens augmented reality device that overlays high-definition holograms in your field of vision.

Its focus is new ways to teach, create, and collaborate. HoloLens devices will become available to developers in the United States and Canada in the first quarter of 2016.

And here are some back-end plays …

Qualcomm is building the smartphone processors that are going into these wireless VR headsets. Qualcomm also participated in the $542 million investment in Magic Leap that was led by Google.

Disney is working with Evolution Media Partners and China Media Capital (CMC) to fund Jaunt, a cinematic VR startup that has tech to create and distribute live-action VR films.

These are some ways to invest in the virtual reality trend, but there are others ways to make money off of large trends. Learn how in my new post.